Carrie Johnson has sparked uproar from the public over her outfit choice for the Queen’s state funeral on Monday, September 19. Arriving to Westminster Abbey earlier today flanked by her husband and former prime minister Boris Johnson, Carrie donned a black-floor length gown from the high street store, Karen Millen.

Boris and Carrie were among the many politicians that attended the funeral service for Her Majesty earlier today at the abbey, alongside Joe Biden, Emmanuel Macron, the Queen of Denmark and many other foreign dignitaries, prime ministers and public figures.

Carrie wore a black dress with military-style button detail that featured a square neckline, as reported by YorkshireLive. She accessorised the dress with a broad black silk head-band that held a short black netted veil, and wore a gold pendant necklace, black stilettos and a black handbag. 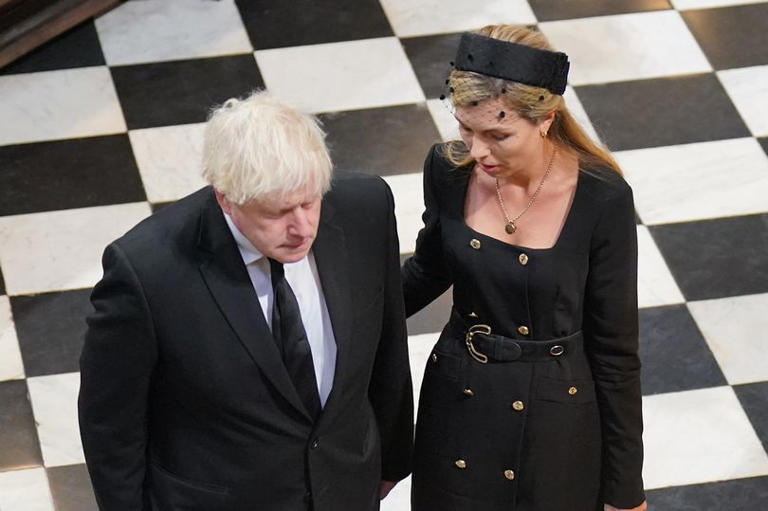 The dress featured a square, low neckline that many viewers felt was ‘inappropriate’ for the Queen’s state funeral© PA Media

However, ITV viewers watching the live broadcast at home were not impressed with her outfit choice, with many claiming it was too “inappropriate” for the occasion. Viewers took to Twitter, with one user writing: “Carrie Johnson’s neckline is a bit low cut for a funeral.”

Another commented: “Carrie Johnson looks like she’s at a fashion event, not a state funeral”, while a third added, “Out of all the black dresses that signify mourning to pay respects to #HerMajestyQueenElizabethII #carriejohnson gets her chest out!” 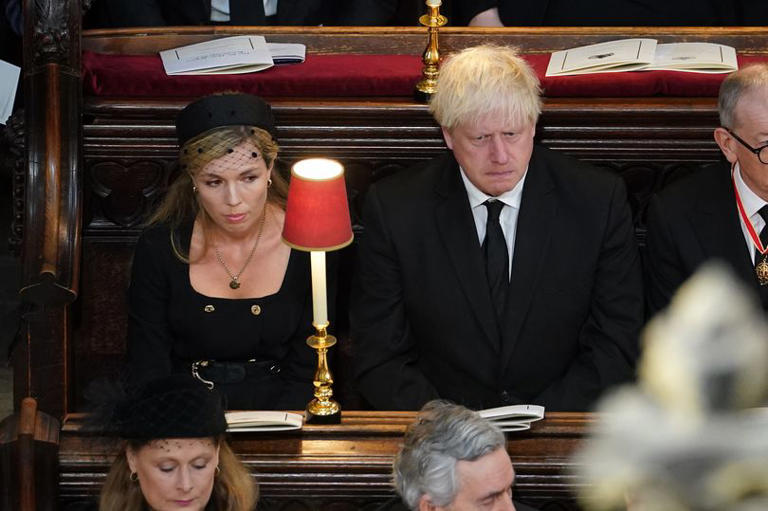 While some slated her outfit, others said the ‘military inspired’ gown was a ‘stylish’ choice© PA Media

A fourth chimed in, writing, “Well, Carrie Johnson has great style but I think her majesty would consider that neckline *a little bit* too low for a funeral”, and one more said: “That’s what Carrie Johnson wore to a state funeral? Really?”

Not all seem to agree however, and some people have commented that they were “loving her military inspired dress”, while others have said she looked “stylish” at the funeral service for Her Majesty the Queen.