Grunge Grunge:Follow View Profile How Much The British Royal Guard Members Get Paid

Rare is the job that is at once an important role in the protection of an important person, while at the same time requires the job-holder to be a living tourist attraction. Nevertheless, in the United Kingdom, where the monarchy is as much of a tourist attraction as it is an important part of the country’s identity, the men who guard the monarch and their properties are both. Look no further than YouTube, which is chock-a-block with videos of tourists posing for pictures with the guards, who famously are expected to hold perfectly still and not change their facial expressions. That is, unless and until a tourist gets too close or otherwise acts inappropriately, in which case they’ll be treated to foot-stamping, a stern warning to make way, and possibly a gun pointed at their face. The men who (and they’re almost exclusively male, according to BBC News) make up the royal guards are, at the end of the day, regular men who are doing the job that they signed up to do. As members of the British Army, they get paid, although as Indeed UK notes, the guards’ pay will vary based on the rank of the man in the uniform, and of course, higher-ranked guards make more money. What’s more, there’s always the possibility that a guardsman could be docked in their pay for smiling, laughing, or otherwise “breaking character” (in a manner of speaking). More on that later. 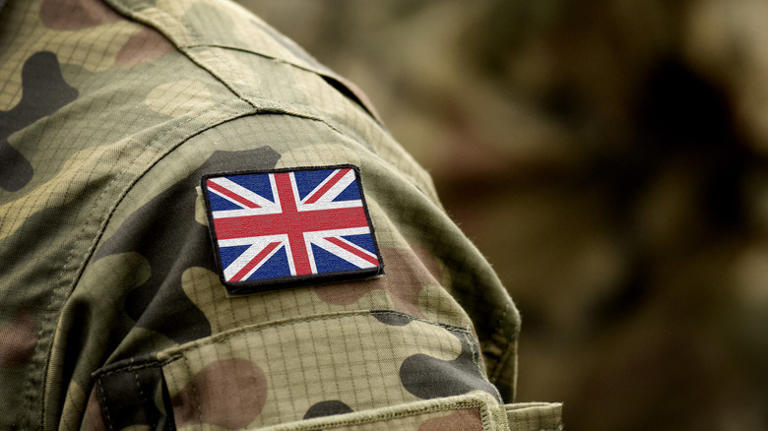 The British Army is, not unlike the U.S. Army, comprised of volunteers (rather than conscriptees). And like the U.S. Army, it has a website, in which interested individuals can take a look around and decide what career options may interest them.

Those interested in joining the Royal Guard will have to consider the infantry, according to Indeed UK, since such guardsmen are recruited from the ranks of that particular division. Of course, not everyone who enlists in the British Army infantry goes on to be a royal guard and could go on to other careers in that unit if they so choose (and were the right fit).

Of course, all British Army recruits (including those who would go into the Royal Guard) have to pass the same basic fitness test that all recruits do –- the British Army Recruit Battery (BARB) test, as it’s called, according to HITC. Further still, the guards are on-duty for up to 48 hours at a time, are expected to stand perfectly still for lengthy periods of time — usually two-hour stints, but up to six-hour stretches occasionally — and wear their uniforms –- bearskin hats and all –- regardless of how hot it is, according to Insider. Fainting is so common for royal guards due to the rigors of standing still in their uniforms in the heat that there is even a prescribed protocol for how to faint properly. They learn to “faint to attention” per Today I Found Out, and it requires that they stiffen and fall forward on their faces. 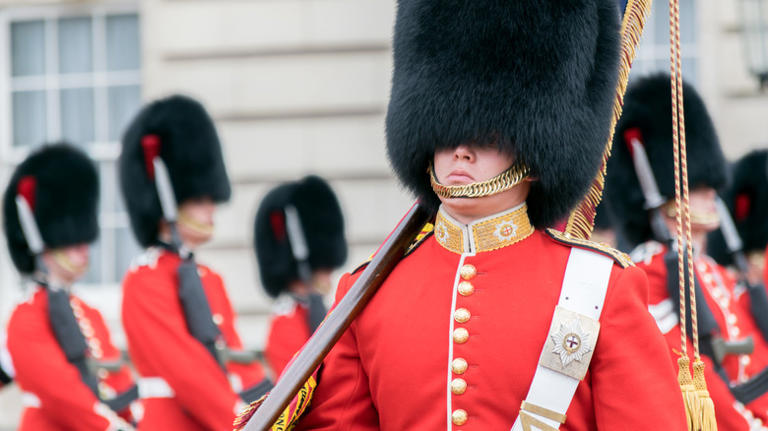 Certainly, being a member of the Royal Guard means that the guardsman is one of the most visible jobs in the British armed forces, to say nothing of the tradition and ceremonial importance that comes with it. But does it come with commensurate pay?

Not really, says Indeed UK. It’s hard to nail down how much these guardsmen make because they can be low-ranking enlisted men, senior officers, and everywhere in between, and British soldiers are paid by rank. However, in the most general of general senses, a British infantryman, on average, makes £18,932 ($21,228) per year, while the average British officer makes £28,556 ($32,1818) per year. By comparison, the average salary of a Briton is in the range of $33,000 per year, according to OECD Better Life Index. Indeed UK claims the job can be “extremely rewarding if you can navigate the challenges associated with it,” but you likely won’t become wealthy as a member of the Royal Guard.

There’s also the fact that a royal guardsman can lose pay if they “break character” (so to speak) on the job. For example, if they laugh or crack a smile while on duty, their pay can be docked as much as a day’s worth or even a week’s worth, according to Today I Found Out. The website notes that in light of how little the guards earn, when tourists entertain themselves by trying to elicit a response from the guards, in actuality they “may have just screwed with the livelihood of said soldier.”