MyLondon MyLondon Follow View Profile The Queen’s funeral: King Charles told that the Queen was dying at the same time as the nation

It has been revealed that King Charles III was informed his mother, the Queen, was dying at the same time as the rest of the nation. According to True Royalty TV’s The Royal Beat the then Prince of Wales was told the news during a frantic phone call.

Within minutes of receiving the call the soon to be King and Queen Consort were aboard a helicopter flying towards Balmoral. The call was taken at 12.30pm on September 8, around the same time the rest of the world was informed of the Queen’s rapidly declining health.

Queen Consort Camilla was about to be interviewed by former US President George Bush’s daughter when an aide was heard running in the corridor outside.

READ MORE: The Queen ‘was planning party for all her staff’ just weeks before her death 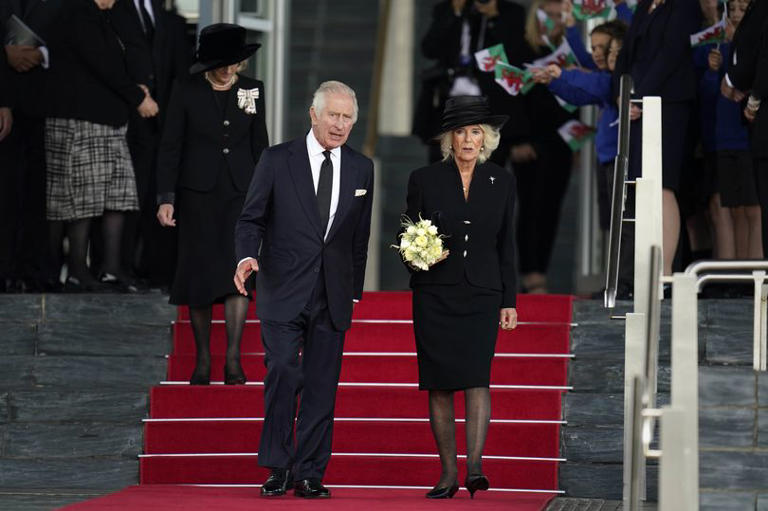 King Charles III and the Queen Consort leave the Senedd in Cardiff, Wales, after a visit to receive a Motion of Condolence following the death of Queen Elizabeth II© PA Wire/PA Images

Newsweek’s Chief Royal Correspondent Jack Royston told True Royalty TV’s The Royal Beat: “Charles and Camilla were in Dumfries House. Camilla was actually about to record an interview with Jenna Bush Hager, who said she heard footsteps running in the hallway. Charles took a call, everything was silent, and they were asked to be silent. Then the next thing she knew, Charles and Camilla were in a helicopter. And that was at 12.30pm, so that was around exactly the same time that we were told.”

Overnight Bush Hager – the daughter of ex President George W Bush – told the Morning Show she had dined with King Charles the night before his mother’s death. The journalist had flown to Scotland to record an interview with Camilla, Fox News reported. Around two hours before their chat however she and the team heard aides running up and down the corridors of Dumfries House as they were setting up.

She said: “They said he’s on a call, can you please be quiet. They said the Queen is ill and they’ve gone and rushed off to be with her. We just said our hearts are with them.”

Thousands of people have continued to queue overnight to see the Queen lying in state in Westminster House along London’s South Bank. Full details of the Queen’s funeral were released yesterday, with Her Majesty set to be laid to rest alongside her beloved husband, the Duke of Edinburgh.