Prince Andrew has been seen in military uniform for the first time as the Queen’s children gathered at Westminster Hall to stand vigil over the Queen’s coffin. 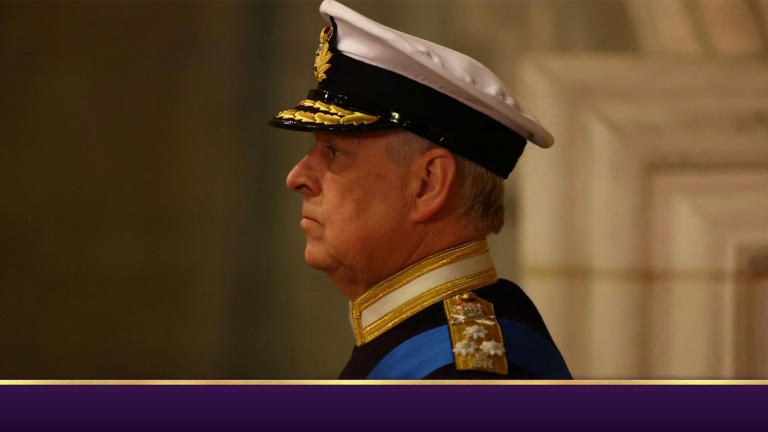 Considered one of the most poignant ceremonies before the monarch’s funeral, the Vigil of the Princes saw King Charles, Prince Andrew, Princess Anne and Prince Edward mount guard at the four sides of the catafalque (raised platform), taking turns to watch over the coffin. 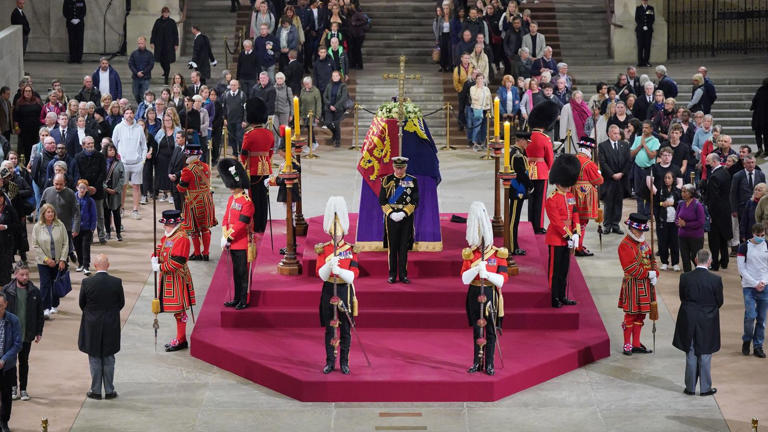 King Charles III, the Princess Royal, the Duke of York and the Earl of Wessex hold a vigil beside the coffin of their mother, Queen Elizabeth II, as it lies in state on the catafalque in Westminster Hall, at the Palace of Westminster, London. Picture© PA

Watch live stream of the Queen lying in state

Arriving at the historic London building together, the siblings appeared sombre and carried out the ceremony in silence, with their heads bowed.

Prince Andrew was seen in uniform for the first time in recent days, after being given special dispensation to wear it.

He stopped being a working royal in the wake of the Jeffery Epstein affair, and so lost the automatic right to wear military dress at ceremonial occasions.

He wore the uniform of an honorary vice admiral in the Royal Navy.

As they slowly marched to take their positions, members of the public, who had entered the building to pay their respects, paused and fell silent. 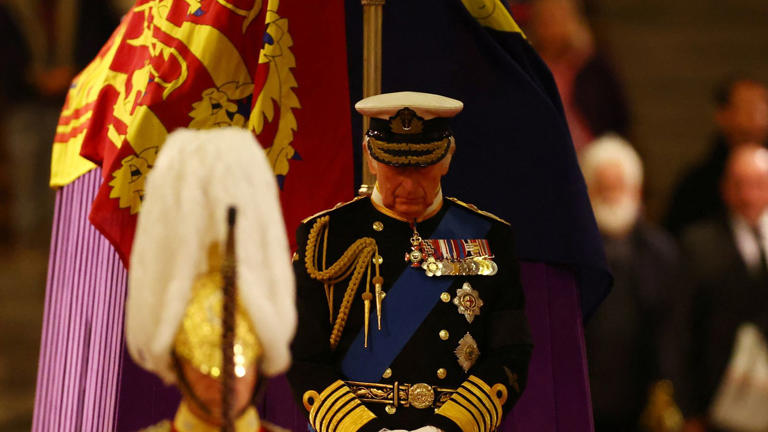 King Charles stood at one end of the Queen’s coffin, with Prince Andrew at the other, and Princess Anne and Prince Edward stationed at either side.

Shortly after they stood up on the catafalque, viewing from the public resumed, with people filing past and some stopping to curtsy or bow.

Other members of the Royal Family, including the Queen Consort, Princess Anne’s husband Vice Admiral Sir Tim Laurence and the Countess of Wessex, were spotted standing on the hall’s balcony, watching the vigil take place. 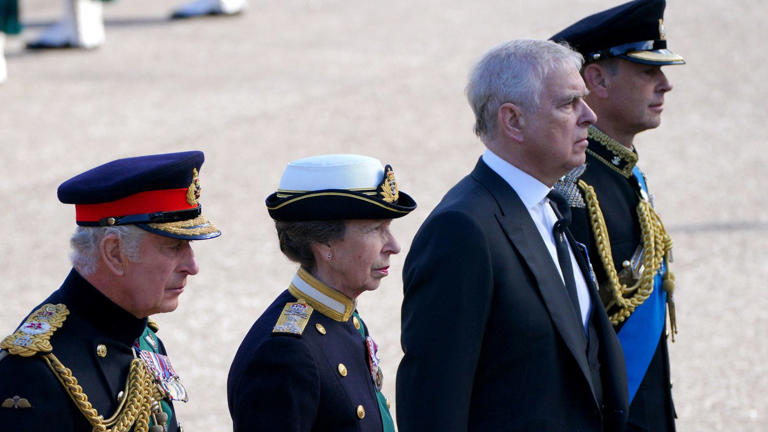 Some of the Queen’s grandchildren were also there, including Princess Eugenie, Princess Beatrice and Zara Tindall, who was joined by her husband, former rugby player Mike Tindall. 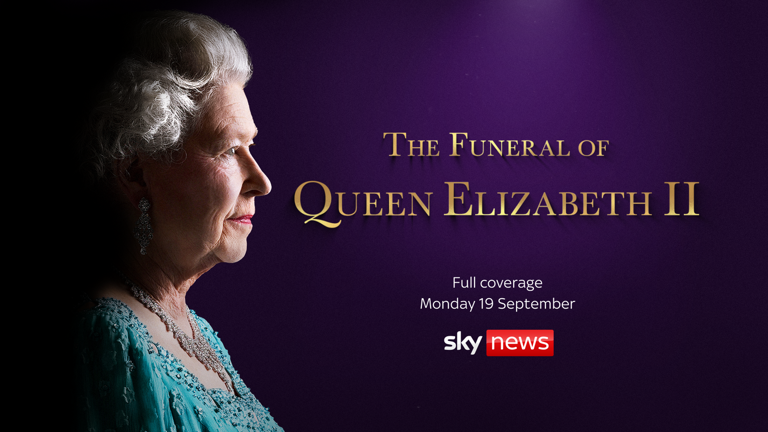 Watch and follow the Queen’s funeral on TV, web and app on Monday from 9am© Other

Tens of thousands of people have gathered in the capital to pay their respects to the Queen, with the waiting time to view her coffin currently sitting at more than 22 hours.

As King Charles left Westminster Hall in his black Rolls-Royce, crowds broke out into a loud round of applause.

Earlier this week, the King was joined by Princess Anne, Prince Edward and Prince Andrew to carry out the same ceremony at St Giles’ Cathedral, in Edinburgh.

During that ceremony, Prince Andrew did not wear his military uniform, and the King wore a kilt.

Today, all eight of the Queen’s grandchildren, including Prince Harry and William in their uniforms, will hold a vigil beside the Queen’s coffin, ahead of her state funeral on Monday.