War crimes investigators on Friday unearthed several bodies with their hands tied behind their back in the recently liberated town of Izyum. 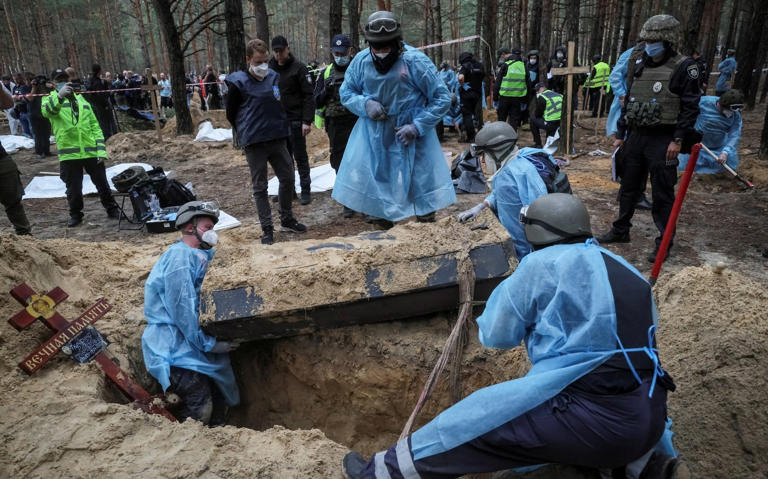 Oleksandr Filchakov, the head of the Kharkiv prosecutor’s office, said some showed signs of torture. Reporters at the scene did not see proof of that.

Ukrainian police and forensic experts were exhuming bodies at a mass burial site in a wooded area next to a cemetery in the northwest of the town.

Officials have estimated that more than 400 bodies have been found across the town, with many dumped in a mass grave dug by Russian forces.

Police officers also discovered a single pit with the bodies of 17 Ukrainian soldiers buried in it, according to local reports.

Most of the bodies found in the mass burial site are said to have been civilians killed during heavy Russian shelling at the start of the war.

Locals have not reported the same kind of mass executions as Moscow’s troops carried out in Bucha, north of Kyiv.

Izyum was the scene of a fierce month-long battle before it was eventually captured by Russian forces in March.

The Kremlin’s invasion forces went on to use the town, which had a pre-war population of 50,000, as a logistical and command hub for their summer offensive in the Donbas. 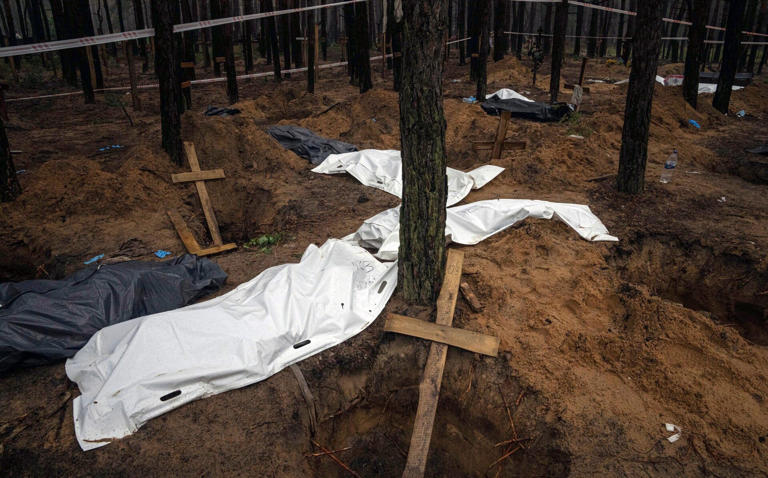 Mikhail Podolyak, one of President Volodymyr Zelensky’s closest aides, on Friday expressed fears that the investigators’ discoveries would not be the last mass graves found in Izyum.

“We want the world to know what is really happening and what the Russian occupation has led to,” Mr Zelensky said in his overnight address late on Thursday.

“Bucha, Mariupol, now, unfortunately, Izyum… Russia leaves death everywhere. And it must be held accountable for that.

“The world must hold Russia to real account for this war. We will do everything for this.” 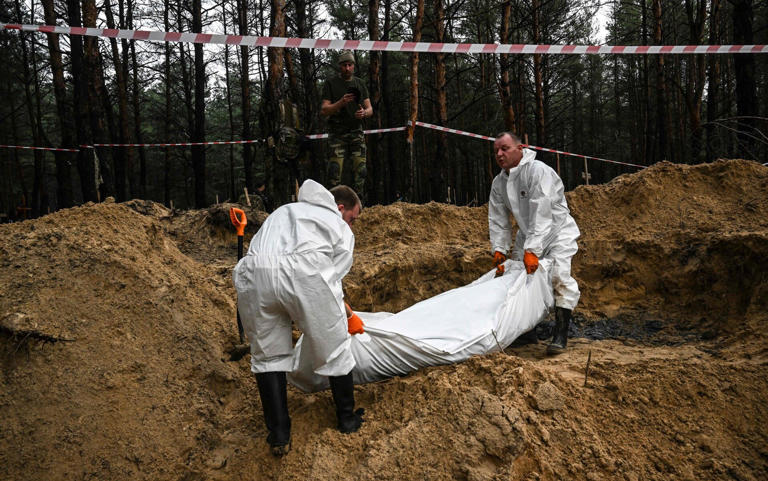 Ukrainian war crimes investigators have been on the scene for several days, exhuming bodies for examination.

On Friday, Ihor Klymenko, the head of Ukraine’s national police force, told a news conference most of the bodies identified so far belonged to civilians.

The United Nations has said it is making plans to dispatch a monitoring team to Izyum to establish whether those killed were civilians or military personnel.

The International Criminal Court has already sent a team to the town.