He has been on the police most wanted list over alleged robbery of Ushs 1.6b and is being detained on charges of aggravated robbery after assailants raided the home

Police spokesperson, Fred Enanga says arrangements are in place to hand him over to the CID task team at Kampala Metropolitan Police for further interview and court action. 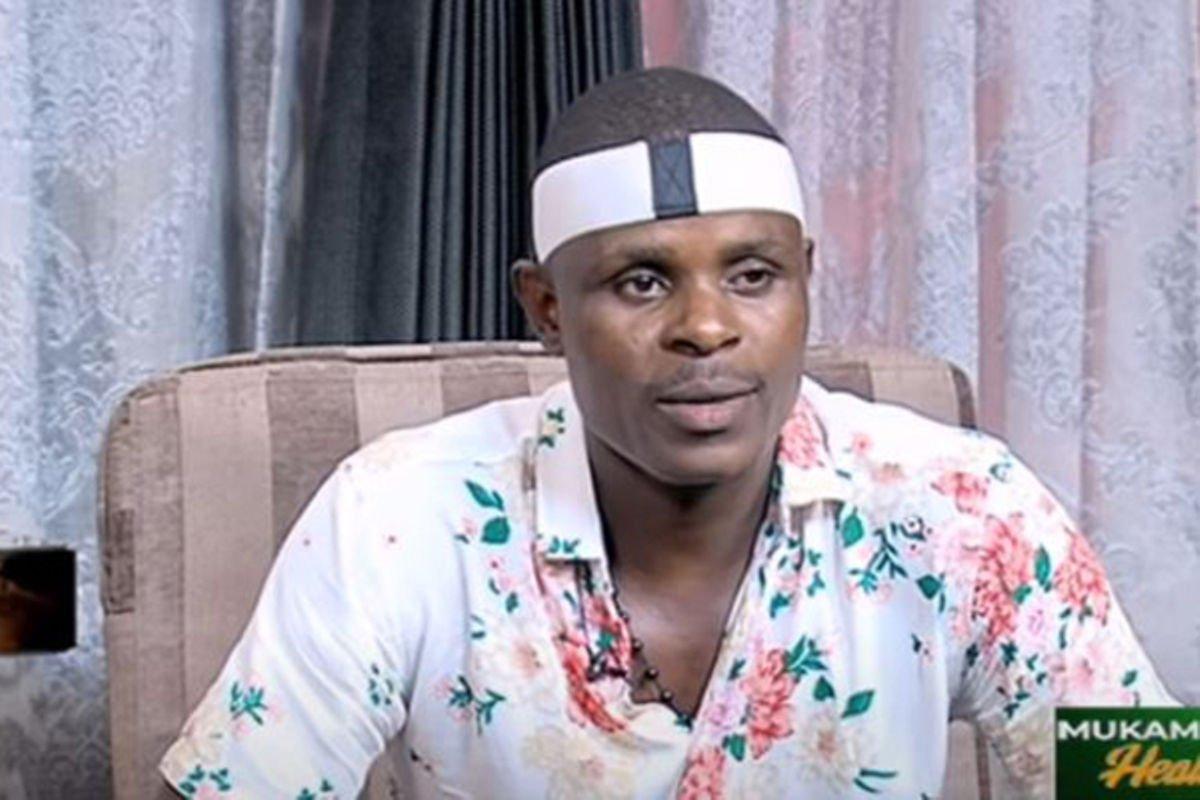 Police on Tuesday said they have arrested socialite Charles Olimu alias Sipapa on charges of aggravated robbery at the home of a South Sudanese national in Bunga, Wakiso District

“We wish to inform the public that the Directorate of Crime Intelligence has arrested a one Olimu Charles Sipapa, who was on the police wanted list, for an alleged aggravated robbery which occurred at the home of Jacob Arok, in Kawuku-Bunga on the night of August 28, 2022,” police spokesperson, Mr Fred Enanga said in a Tuesday statement, hours after he tweeted urging the public to volunteer information on the whereabouts of the socialite.

This now brings the number of suspects arrested so far regarding this case to five.

According to a statement released by Uganda Police on Tuesday evening, Sipapa was arrested over an alleged Aggravated Robbery that occurred at the home of a South Sudanese National Jacob Arok, in Kawuku-Bunga, on the night of 28th August 2022.

The controversial socialite was arrested by the Directorate of Crime Intelligenceafter being on the Police WANTED list for a couple of days.

According to Mr Enanga, arrangements were by Tuesday evening underway to hand him over to the CID task team at Kampala Metropolitan Police for further questioning and court action.

On the fateful night, a group of thugs are said to have broken into Arok’s home after applying suspected chloroform on the occupants who were asleep.

The thugs ransacked the home and robbed cash amounting to $429,000 (about Shs1.6 billion), four iPhones, two Apple laptops, a DELL laptop, gold Jewelry for his wife and a 65-inch Samsung TV set, among others, according to police.

During the subsequent investigations, detectives tracked down an iCloud signal from one of the stolen iPhones that led them to the socialite’s home at Kityo close, Buwate in Kira Division.

“They interviewed the occupants who told them that the home belonged to Sipapa, who was not at home. He had travelled to Tororo [District in eastern Uganda]. A thorough search was conducted in the home in the presence of Shamira Nakiyimba, the wife to Sipapa and exhibits of evidential material, allegedly stolen from the home of Arok recovered. They include; $70,000 (about Shs267 million), four iPhones, three laptops, gold jewelry, an iPhone charger and a mac pro charger. Also recovered were two registration number plates, UBG 025B and UBA 023U. In addition, an assortment of car accessories were recovered. They include two amplifiers, six tool boxes, four sports vims, a rear car seat, 12 headlights, indicators, jeep bumper, V8 bumper, V8 rear boot doors, bonnet, three radiators, four inner door shutters, V8 rear boot doors and seven grills. Two cars; a jeep and Audi, without registration plates had been resprayed with a red colour and found in the compound,” Mr Enanga told journalists on Monday before imploring the public to volunteer information on the socialite’s whereabouts.

Sipapa’s arrest now brings the number of suspects in police custody to five after his wife and three other suspects were picked on Monday.

“The police leadership has commended the tireless efforts of the CID and CI task teams in arresting and helping to bring the suspect to justice,” Mr Enanga tweeted on Tuesday.

This is not the first time Mr Olimi, an ardent supporter of President Museveni and the ruling National Resistance Movement (NRM) has a criminal case registered or reported against him.

Accused of shooting at NUP supporters

On September 17, 2022, police in Kampala fired teargas and arrested at least 20 supporters of the Opposition National Unity Platform (NUP) for allegedly holding a procession demanding the arrest of the socialite notorious for distributing money without a clear backing source.

This followed two shooting incidents (August 30 and September 15) 2020 at NUP offices in Kamwokya, a Kampala suburb in which the socialite and his bouncers were involved.

In March this year, some Ugandans took to social media to vent their resentment for the socialite over his alleged impunity. This was due to the socialite’s alleged continuous violation of traffic rules under the watch and protection of security operatives, according to netizens.

He was accused of driving a numberless vehicle guarded by armed security operatives.

The Kampala Metropolitan Police spokesperson, Patrick Onyango then said Sipapa had been summoned for questioning.

However, he has never been arrested nor prosecuted in court.

In 2018, the socialite was accused by his then girlfriend, only identified as Brown Shugar, of assault and domestic violence.

She reported him to police but the case ended prematurely as he was never arrested nor prosecuted in courts of law.

In what some people have claimed to be moves to cover up his transgressions, Sipapa, early this year became the talk of entertainment media when he jumped in to help 19-year-old Fiona Rukundo and her family following a car accident she was involved in.

Rukundo and three others were on December 30, 2021 knocked by a speeding army car (H4DF 2490- Toyota Land Cruiser) attached to State House in Gomba. She sustained several injuries including losing an arm. However, one of the victims of the accident died.