Manchester United forward Cristiano Ronaldo is still favouring a move to Chelsea despite some difficulties, while Newcastle are planning a late swoop for an Inter Milan attacking midfielder – all in Tuesday’s Euro transfer gossip.

Cristiano Ronaldo is still keen on the idea of joining Chelsea from Manchester United instead of Napoli, according to Il Corriere Dello Sport.

Ronaldo’s future has been a looming distraction for Manchester United all summer long. The striker has been looking for a way out after their failure to qualify for the Champions League.

However, it has been hard for him to find a feasible exit route. Many of the clubs considered by his representatives have since ruled themselves out of the running.

For example, earlier in the summer, there was talk of a stunning cross-Premier League transfer to Chelsea. But the Blues seemed to back away from the race to sign Ronaldo.

Now, though, Corriere Dello Sport are claiming there could still be a desire there for Ronaldo to become a Chelsea player.

According to the Italian newspaper, Napoli’s hopes of signing Ronaldo are not over, despite an expert recently denying he would join them.

That said, Ronaldo is not said to be convinced by Napoli, which is where Chelsea have come back into the equation. The report claims a move to Stamford Bridge is actually Ronaldo’s ‘real desire’.

The Portugal legend does not just want to compete in the Champions League, he wants to go far in it. With that in mind, he would be more confident of Chelsea’s chances than Napoli’s.

Ronaldo reportedly still has ‘hope’ that he can join Chelsea. However, it will be up to the Blues as to whether to reciprocate that interest or not.

Chelsea head coach Thomas Tuchel is supposedly resistant to the idea of signing Ronaldo. Hence, owner Todd Boehly would rather not initiate a power battle and could snub the chance to sign the 37-year-old.

It will prompt a busy couple of days for Jorge Mendes to find alternative solutions, given that an increasing number of Manchester United players and staff seemingly want rid of Ronaldo. 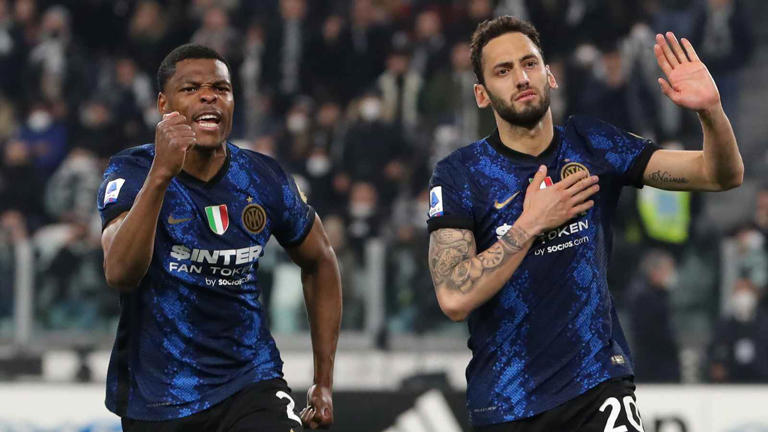 Napoli have not received any bid from Manchester United for Victor Osimhen yet. (Il Mattino)

The agent of Sergej Milinkovic-Savic has confirmed that the midfielder is staying at Lazio this summer. (Corriere Dello Sport)

Tottenham Hotspur are trying to sign Yannick Carrasco from Atletico Madrid before the transfer window closes, but will have to meet his €60million (£51.3million) release clause. (Marca)

Manchester United do not have an agreement with Barcelona to sign Sergino Dest yet. (Cadena COPE)

Anwar El Ghazi has passed a medical with PSV and will sign a three-year contract to leave Aston Villa. (Mike Verweij)

The representatives of Marseille defender Duje Caleta-Car are trying to orchestrate a transfer to Southampton. (L’Equipe)

Fulham are keen on Lyon playmaker Houssem Aouar, but may struggle for a permanent deal. (L’Equipe)

Barcelona president Joan Laporta has told Chelsea defender Marcos Alonso he will sign him this week. (AS)

Marseille have overtaken Tottenham in the race for Ruslan Malinovskyi after Spurs moved on to other priorities. (L’Equipe)

Christian Kouame has decided to stay with Fiorentina rather than join Brighton. (Corriere Dello Sport)

Barcelona have made Borussia Dortmund right-back Thomas Meunier their priority target in his position. (Mundo Deportivo)

Lazio pulled out of a deal for Tottenham defender Sergio Reguilon due to his wages, clearing the way for Atletico Madrid. (Tuttomercatoweb)

Nice have agreed to sign Gaetan Laborde from Rennes but are awaiting the player’s approval. (Foot Mercato)

Sevilla have made an offer worth €28m to Lens for midfielder, Seko Fofana. (Homme du Match)