The 2022 summer transfer window is about to close and there are still some issues to solve for Frenkie de Jong. The Dutch player was spotted a day after Barcelona’s match taking an emergency flight outside Spain. 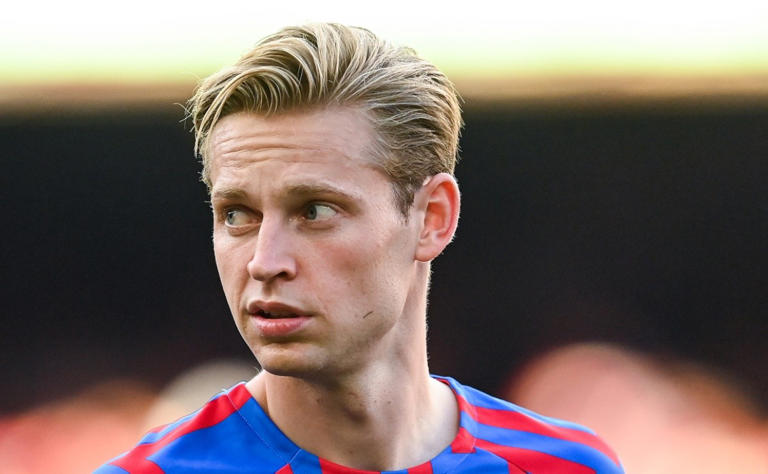 Tic, toc, tic, toc… Time is running out for Barcelona to decide what they will do with Frenkie de Jong. The Dutch player appeared in Sunday’s win against Valladolid in what could have been his last game with the Blaugranas. The midfielder was caught a day after the match taking an emergency flight to a destination outside Spain.

The 2022 summer transfer window is near to its deadline and those players whom are unlikely to stay in their actual teams are trying to make a deal with another one as soon as possible. Frenkie de Jong’s future is still uncertain, but now a bizarre move by him could have given the final hint to what’s going to happen next.

Barcelona’s roster is stacked with talent and Xavi, the team’s coach, will have to decide who stays and who doesn’t. It seems like Frenkie de Jong no longer has a place in the club even though there are no problems anymore with his salary.

Frenkie de Jong has been linked recently with two Premier League teams: Manchester United and Chelsea. The Red Devils recently signed Casemiro and it seems like they finally got the midfielder they needed, but things are different with the Blues.

Thomas Tuchel is reportedly trying to sign two Barcelona’s players before the transfer window closes: Pierre-Emerick Aubameyang and Frenkie de Jong. Curiously, the Dutch player was spotted this Monday taking a plane to London, where Chelsea is located.

El Chiringuito was able to capture Frenkie de Jong’s arrival to Barcelona’s airport this August 29. They also informed that the midfielder was going to fly to London alongside his girlfriend, so it could be a matter of time to reveal if he is going to join Chelsea or another Premier League club.