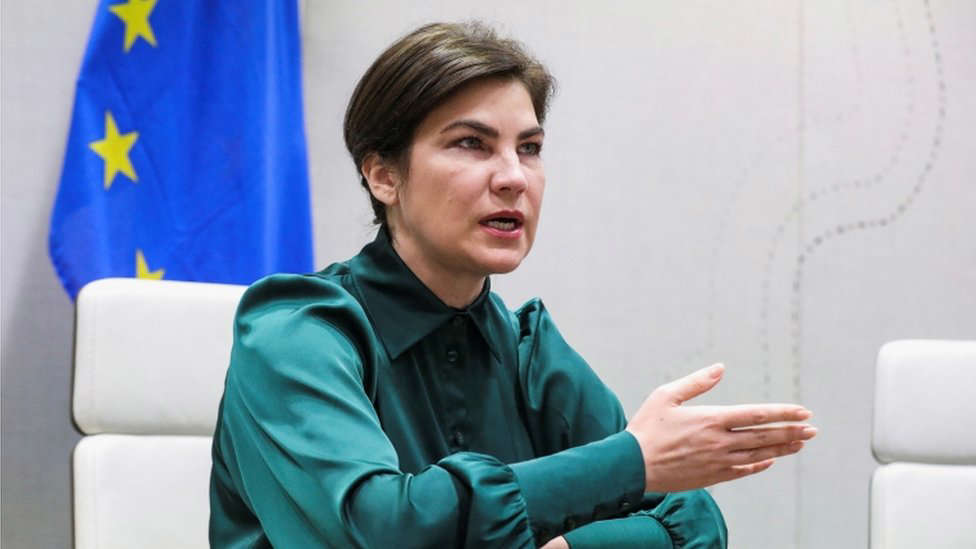 Around 15,000 suspected war crimes have been reported in Ukraine since the war began, with 200 to 300 more reported daily, its chief prosecutor said.

Some 600 suspects have been identified and 80 prosecutions have begun, Iryna Venediktova told reporters in The Hague.

The list of suspects includes “top military, politicians and propaganda agents of Russia”, she added.

Russia has denied targeting civilians or involvement in war crimes.

Of the 15,000 alleged war crimes, Ms Veneditkova said several thousand had been identified in the eastern Donbas region – the scene of fierce fighting between Russian and Ukrainian troops.

Alleged war crimes in the region include the possible forcible transfer of people – including cases of adults and children – to different parts of Russia, Ms Venediktova said. Torture, the killing of civilians and the destruction of civilian infrastructure are also suspected war crimes, she added.

Though investigations relating to the eastern region have started, Ukrainian authorities do not have access to Russian-held areas, AFP news agency reports Ms Venediktova as saying. They were, however, interviewing evacuees and prisoners-of-war, she added.

“Investigations are very difficult when fighting is going on at the same time,” she is quoted as saying by German news agency DPA.

The International Criminal Court has despatched its largest team of investigators ever to Ukraine to assist in the investigations. It said it was also hoping to open an office in Ukraine’s capital Kyiv.

The announcements come as two Russian soldiers were jailed for 11 and a half years in Ukraine on Tuesday for shelling civilian areas. The first Russian soldier to be put on trial in Ukraine, Sgt Vadim Shishimarin, was sentenced to life in prison for killing a civilian last week.