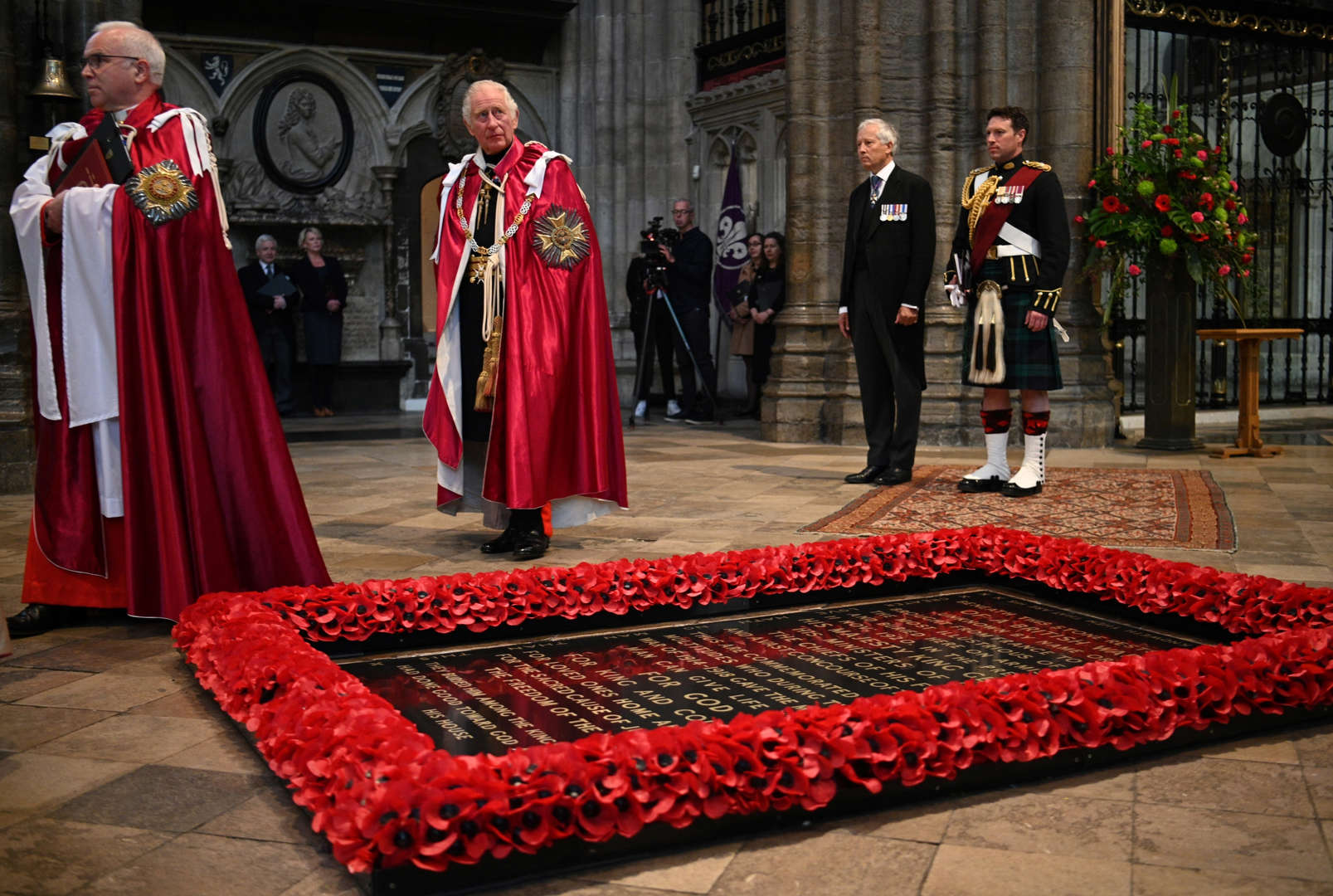 Nine new members were inducted into the order of the chivalry, reserved for high-ranking civil servants and military, by the Prince of Wales in Westminster Abbey on Tuesday.s, wearing ceremonial scarlet robes as Great Master of the Order, was present as the group took an oath and drew swords in the Henry VII chapel.

He entered the Abbey to a military band fanfare, standing by the poppy-wreathed grave of the Unknown Soldier as he was joined by the Knights and Dame Grand Cross.

Looking solemn with his head bowed, the prince joined the group processing up the aisle as Praise to the Lord was sung.

After an epistle – read by the Dean of Westminster, Dr David Hoyle – and a litany, the group walked past the high altar to the chapel on the Abbey’s east side.

They entered to the fourth Military March from Pomp and Circumstance by Edward Elgar, leaving some 15 minutes later as the composer’s Nimrod was played.

As Charles walked into the 16th century chapel, where 15 kings and queens are buried, he passed a mounted sword belonging to Edward the Confessor.

He made an offering of gold and silver coins at the altar, representing a surrendering of worldly treasure and the duty of the Order members to provide for the Church.

The new inductees took an oath during the ceremony and partially drew their swords – a reminder of the Order’s origins in medieval knighthood.

Charles wears ceremonial robes as nine are awarded Order of the Bath (msn.com)