Football365:The tightest title race in England is between Chelsea and Arsenal in the WSL

The Premier League title race has echoes of Chelsea Women winning their last eight and Arsenal their previous six ahead of the WSL’s final day.

A Caitlin Foord double and stunning Beth Mead solo goal saw Arsenal to a comfortable 3-0 victory in a feisty encounter against Tottenham on Thursday evening. It was much to the delight of Arsenal fans, who can claim north London bragging rights for another season, and the neutral, as the result ensures that the WSL title race will go down to the last day of the season.

Just a single point separates leaders Chelsea and the second-placed Gunners heading into the weekend’s final round of fixtures. A frenetic Sunday at the WSL summit, with the lead constantly changing hands and supporters anxiously refreshing Twitter for updates elsewhere, could be in store.

“This is exactly what you want, going down to the wire,” said Arsenal defender Leah Williamson. “But also playing our way, that’s how we want to finish the season and building for next season and finishing strong. We’ve made a sort of pact to ourselves that we’re going to finish playing our way and being who we are, and if that’s not enough then that’s not enough. But right now there’s everything to play for in that final game.”

Said match sees Arsenal travel to a West Ham side with nothing to play for, while Chelsea host a Manchester United team still vying for a place in the Champions League. The Blues have the upper hand in the title race but the Gunners have the more desirable final fixture. Let the chaos commence.

WSL title races have gone down to the wire before. Chelsea had to beat Reading on the final day of the 2020/21 campaign to ensure they 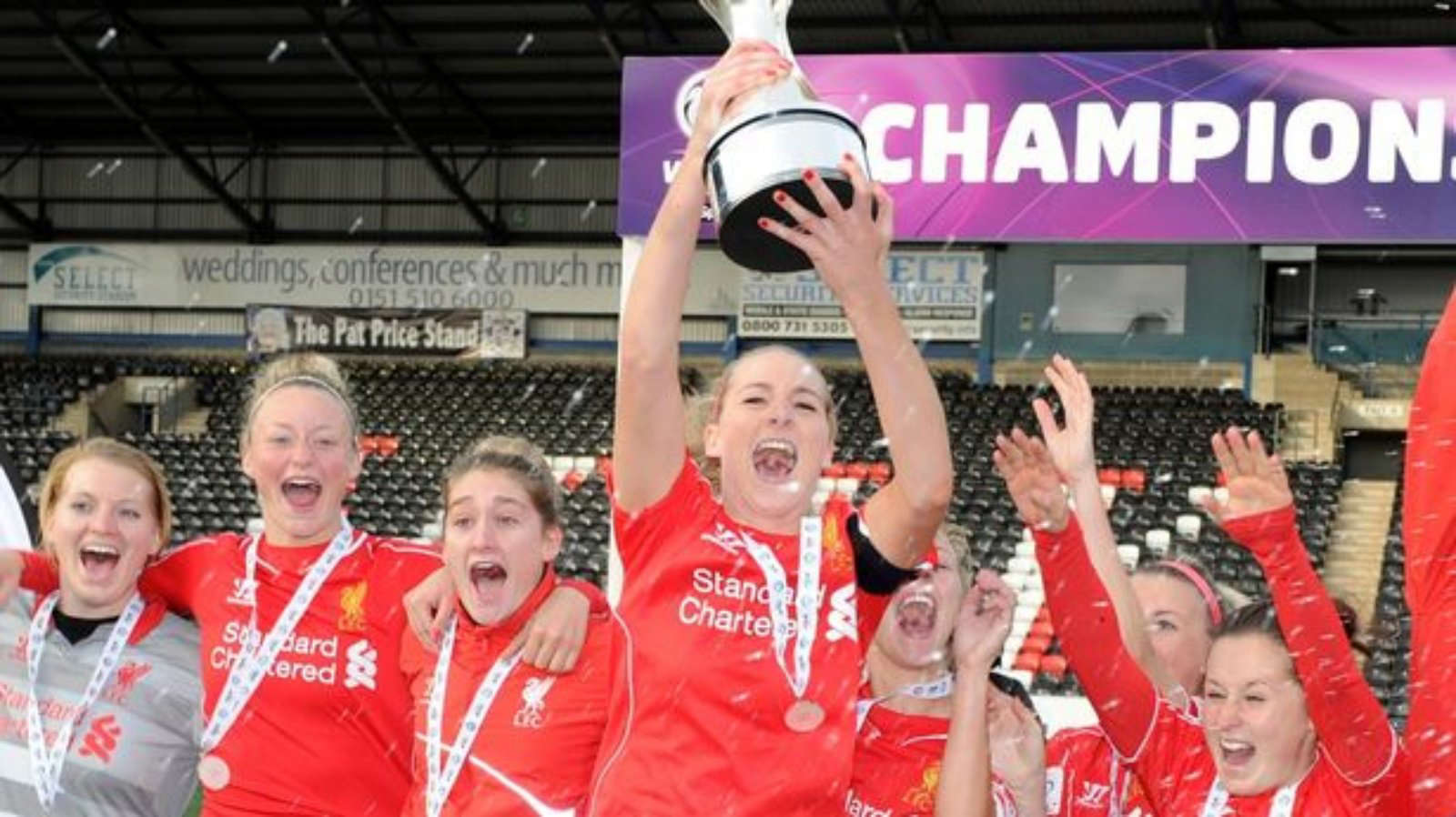 ahead of Manchester City. However, there was little sign of jeopardy or nerves, as the Blues took the lead inside two minutes and Reading were royally thumped 5-0. Great for Chelsea supporters, underwhelming for the neutral.

If it’s a properly dramatic WSL final day you’re after, turn Shake It Off by Taylor Swift up to full blast and head back to October 2014.

Three teams could have been crowned champions of England heading into the decisive day of the 2014 campaign. Liverpool sat third prior to kick-off and required both Chelsea and Birmingham to bottle it if they were to retain their WSL title; they finished as champions by the virtue of goal difference.

Chelsea lost to Manchester City, even though their hosts had one eye on their Continental Cup final four days later. Birmingham came from 2-0 down but were held to a 2-2 draw against Notts County, missing a penalty in the process, leaving the coast clear for Liverpool to swoop in and sweep the title by beating Bristol.

Chelsea have made a ruthlessly efficient habit of just getting the job done in recent weeks, emphasising how they have blossomed into serial winners since their 2014 capitulation. However, opponents Manchester United have already taken points off Arsenal and Manchester City this season, and although there’s no enthralling three-way 2014 title race this time around, the Red Devils do have the potential to upset the apple cart and make things interesting.

“Chelsea have got the results that they’ve needed in any which way possible in the last few days so I’m sure they’ll be confident going into the last game,” added Williamson. “But we’re confident that we’ll do our job.”

The tightest title race in England is between Chelsea and Arsenal in the WSL (msn.com)