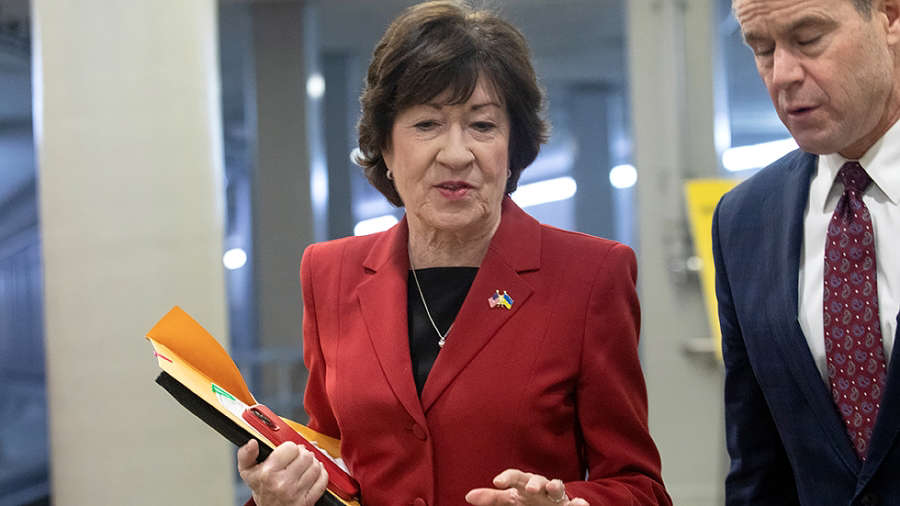 © Provided by The Hill

Sen. Susan Collins (R-Maine) said in a new interview that former President Trump should be reinstated on Twitter, which was just purchased by Elon Musk.

“Although I obviously don’t agree with a lot of President Trump’s tweets, I do think he should have his account back,” Collins told HuffPost, which noted that she previously called one of Trump’s tweets “appalling.”

“To me, it’s ironic that we allow Russian government sites to be on Twitter, but we don’t allow President Trump,” she added.

Sen. Mitt Romney (R-Utah) declined to get “into that battle” when asked by the news outlet about his thoughts on Trump’s account being reactivated, while Sen. John Cornyn (R-Texas) simply noted Trump’s desire to use his own platform, Truth Social, instead.

Trump’s account was permanently suspended following the Jan. 6, 2021, attack on the Capitol.

The former president said Monday that he would not return to Twitter despite Musk’s acquisition of the social media platform. He told Fox News that he prefers to stay on Truth Social.

“I hope Elon buys Twitter because he’ll make improvements to it and he is a good man, but I am going to be staying on Truth,” Trump said.

Trump’s remarks on Fox News came right after Musk reached a deal with Twitter to purchase the company for around $44 billion in cash.