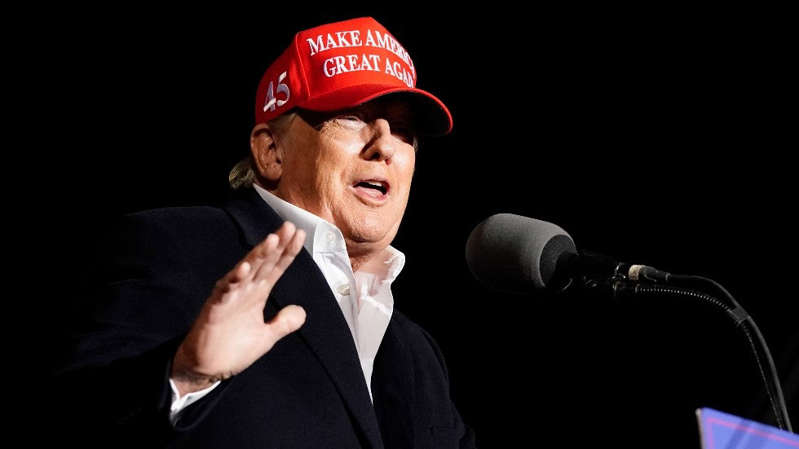 “Joe Rogan is an interesting and popular guy, but he’s got to stop apologizing to the Fake News and Radical Left maniacs and lunatics,” Trump said in a statement on Monday night.

“How many ways can you say you’re sorry? Joe, just go about what you do so well and don’t let them make you look weak and frightened,” the former president added. “That’s not you and it never will be!”

Rogan on Saturday issued an apology after music artist India Arie shared a compilation of Rogan repeatedly using the N-word on his podcast and making a joke about the movie “Planet of the Apes” after being dropped off in a Black neighborhood.

Rogan has since apologized for his use of racial slurs, saying some old episodes of his podcast contain things “that I wish I hadn’t said, or had said differently.”

“There’s nothing I can do to take that back. I wish I could. Obviously, that’s not possible,” Rogan added. “I certainly wasn’t trying to be racist, and I certainly would never want to offend someone for entertainment with something as stupid as racism.”

Controversy surrounding Rogan’s podcast having a platform on Spotify erupted last week after Neil Young and other musicians opted to have their music removed from the streaming giant over COVID-19 misinformation promoted on his podcast, “The Joe Rogan Experience.”

More than 70 episodes of Rogan’s podcast were removed from Spotify over the past weekend after he issued the apology Saturday.

On Monday, the CEO of Rumble offered Rogan $100 million over four years to bring his show to the social media platform.