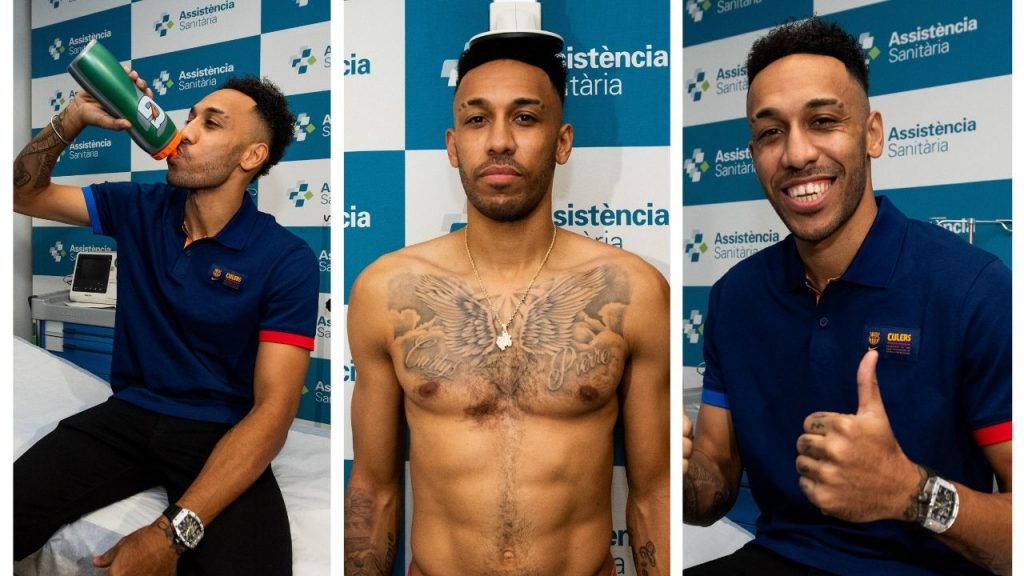 Pierre-Emerick Aubameyang completed his free transfer move to FC Barcelona as the La Liga side announced his signing on Wednesday.

As reported to you by ATS on Tuesday, Premier League side Arsenal terminated Aubameyang’s contract by mutual consent.

With the former Borussia Dortmund striker being in Catalonia since Sunday, it took him just some hours before moving to one of the greatest clubs in football history which is FC Barcelona.

“FC Barcelona and Pierre-Emerick Aubameyang have reached an agreement for the player to join the Club after the striker terminated his contract with Arsenal FC”, a statement on Barcelona’s website reads.

In addition, Pierre-Emerick Aubameyang scored 92 goals in 162 appearances across all competitions with Arsenal.