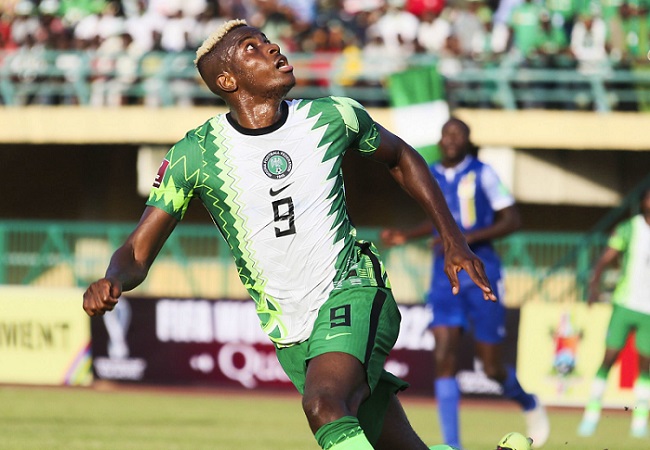 Premier League sides Arsenal and Newcastle want to strengthen their squad. And the Gunners and the Magpies have set eyes on one of the Nigeria’s top players, Victor Osimhen.

The former Lille striker is one of the highly-rated young players in world football. The Super Eagles striker left Lille for Napoli in August 2020 after he scored 18 goals in 39 appearances for the former French Champions.

Although the Nigeria international has struggled to put up consistent performances for the Partenopei due to injury issues, he has proven to be a quality talisman whenever he is fit, with 19 goals for Napoli in 46 appearances.

According to Gazzetta, the two Premier League clubs, Arsenal and Newcastle are set to submit over 60 million Euro bids for Osimhen.

The Gunners are looking to replace former captain Pierre-Emerick Aubameyang. And after their move for Dusan Vlahovic fell through, they have their sights set on the Napoli striker.

Also, the Magpies, who have money to spend under their new owners, are looking to add quality to their side in their bid to avoid relegation.

Nevertheless, Osimhen still has three years on his contract. And Napoli could still afford to hold on tight to their talisman.