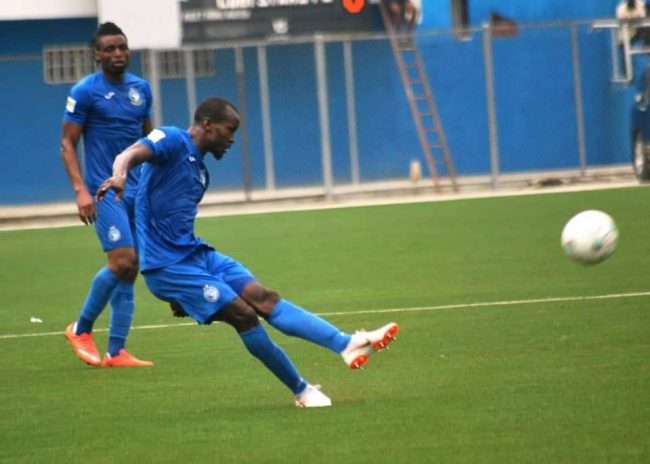 The Confederation of African Football (CAF) has decided to reduce the one year ban on Enyimba midfielder Austin Oladapo.

Oladapo was banned for every football competition after he tested positive to a banned substance, prednisolone.

However,  CAF Appeals Committee halved the ban to six months meaning he can now return to football action.

The midfielder who is now free to play competitive football again after the expiration of his CAF ban spoke with owosports.

He said, “I feel very great and happy, have waited for this particular day to come and now it has come.

” I can play again all glory to God almighty”, he said.

The midfielder thanked his supporters and assured them of a fantastic season in the Nigeria Professional Football League(NPFL).

He also hinted on his relationship with his coach Finidi George and said he is ready to be part of his project.

“My relationship is good with the coach, I’m looking forward to working and doing my part on the pitch for him.

“Seriously I must commend coach Finidi George the way and manners he carries every player along it makes everyone happy, for me,.

” I’m looking forward to being part of his project and I believe we will do greater things not minding the two matches we lost.”