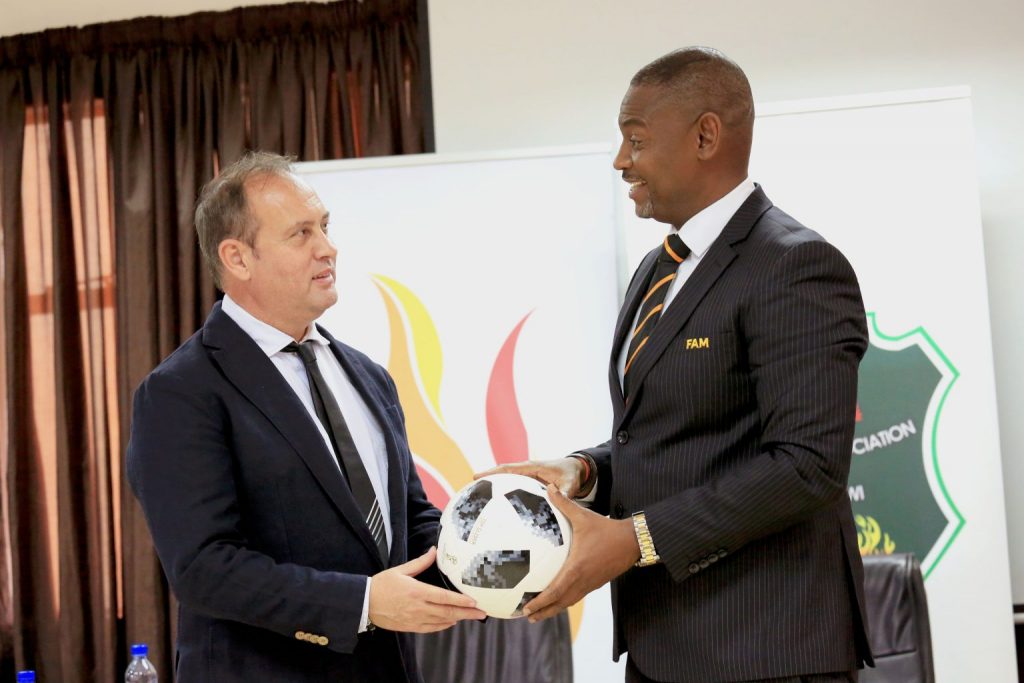 Newly-appointed Football Association of Malawi (FAM) Technical Director Mario Marinica has said he is ready for the challenge of setting structures for the Southern African country’s football.

The Romanian said this after his unveiling on Wednesday on a three-year contract.

“Huge challenge to have a small nation with huge talent. My first task is to build structures, scouting network and to receive help and support from all relevant stakeholders to develop the game starting with grassroots football because that’s the basis of football,” he told FAM website.

“It won’t be easy because every job has a challenge and I am ready for it. I have once worked with few Malawian players notably Robert Ng’ambi at Black Leopards and from the onset, you could tell that we have talent in Malawi. I want to help in nurturing the talent not only for the national team but as Ambassadors ready for international market.”

Speaking when unveiling the TD, Nyamilandu told the press that the Romanian’s will also work closely with Flames coach Meke Mwase.

“Mario comes into this position with lots of experience and is not new in this environment. He has worked in Africa and his profile on the continent is well documented. His first assignment is to support Meck Mwase for Afcon preparations by assisting him in analysing our opponents and how we have played in previous matches. He will also assist in selecting players for the national team and training sessions but most importantly, coming up with structures that will help to develop the game,” Nyamilandu is quoted saying.

Mario is the first expatriate TD that FAM has hired in 21 years with German Manfred Hoener having in a similar capacity at the turn of the century.

He is a holder of Uefa Pro Licence and boasts over 27 years of coaching experience.