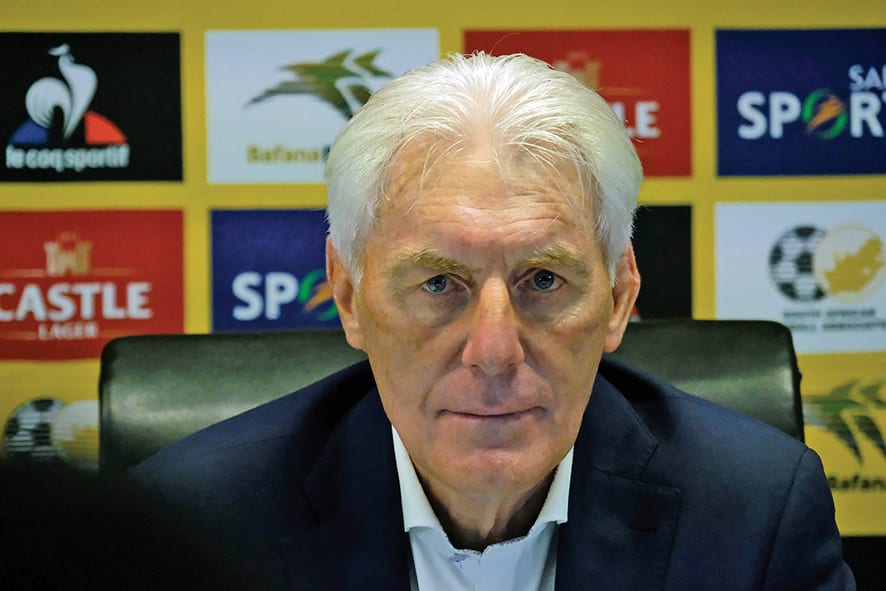 Before their crucial trip to Ghana for the matchday 6 of the World Cup qualifiers, South Africa host Zimbabwe tonight in Johannesburg and Hugo Broos want his side to claim all three points to maintain their advantage over Black Stars.

South Africa are leading the race to secure a second round ticket since they are on top of Group G withy 10 points.

However, Bafana Bafana don’t have any right for mistake as things stand as Ghana is just one point away from them and also look for the same ticket.

Speaking on pre-match press conference ahead of the game (19:00 GMT), the Belgian manager said his players have to keep focus on Zimbabwe game as a win can help them putting more pression on Black Stars.

“It’s a different situation to the first two camps we had,” Broos said.

“The first camp [a draw away against Zimbabwe and a home win over Ghana] was to know each other better and the next against Ethiopia [back-to-back wins] was successful because we did it in another way.

“Now we face two games that are very important. If we win twice we are in the next round. But it is simple to say it, it’s not so simple to do it. The most important thing now is to win against Zimbabwe.

“If we don’t we can maybe be one or two points behind [Ghana], and this is not a situation I like. I like to have the same situation after the game against Zimbabwe — one point, maybe two [as a lead].

“And maybe we can even have the best situation where we go to Ghana on a holiday. But we don’t think about that at all because I think it will not happen.

“Let’s focus on the Zimbabwe game. A tricky game. There are some players who are not there, so I think the coach [Norman Mapeza] chose to prepare for Afcon [2021 Africa Cup of Nations] in January.

“And you know what it means when you give players a chance to prove themselves. That means they will do it.

“We have to concentrate and be ready  because we have to win it. One point ahead, two points ahead and the pressure stays on Ghana.”