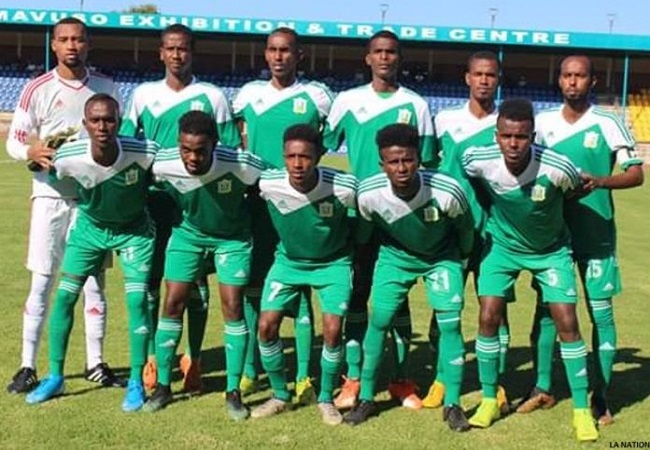 Djibouti will battle with Algeria in their fifth 2022 FIFA World Cup qualification Group A match on Friday. The game will kick off at the Cairo International Stadium in Egypt at 13:00 GMT. This is because the Confederation of African Football (CAF) has suspended Djibouti’s El Hadj Hassan Gouled Aptidon Stadium due to non-compliance with licensing regulations.

The Shoremen of the Red Sea succumbed to a 2-0 defeat to Burkina Faso away in their last Group A encounter on October 11.

Djibouti are placed fourth on the Group A standings having lost all of their four matches and they are hoping to cause a major upset against Algeria.

Meanwhile, Algeria, who are reigning African champions, hammered Nigeria 4-0 at home in their last Group A match on October 12.

The Desert Foxes are placed at the top of the Group A standings – level on points with second-placed Burkina Faso with two games left for each team.

This will be the second meeting between Djibouti and Algeria across all competitions.

The Desert Foxes annihilated the Shoremen of the Red Sea 8-0 in a Group A match which took place in Algeria on September 2.

Match official Djindo Louis Houngnandande from Benin will be in charge of the encounter between Djibouti and Algeria.