The starting line-up Milovan Rajevac will use for the Ethiopia vs Ghana clash has been revealed with Jojo Walcott confirmed in the sticks. 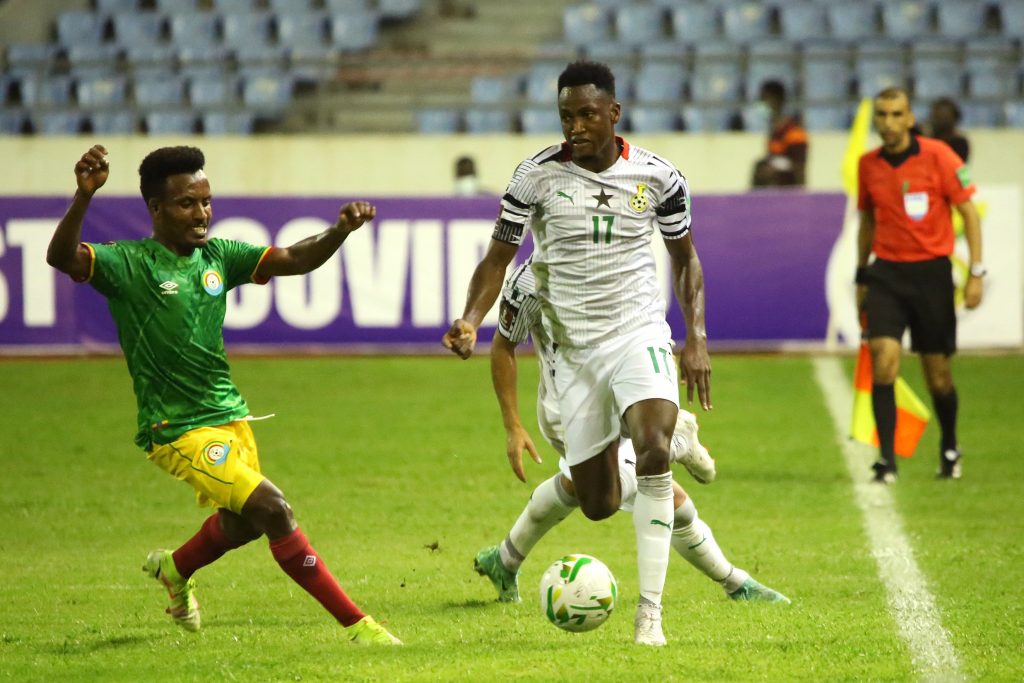 It is a must-win game for the Black Stars and Serbian manager named a strong starting team to fight for the three points.

Celta Vigo’s Joseph Aidoo will partner with Leicester City’s Daniel Amartey at the centre of the defence while Andy Yiadom will play at the right-back and Abdoul Baba Rahman at left-back.

In the midfield, Mallorca’s Baba Iddrisu will team up with Ajax Amsterdam midfielder Mohammed Kudus as captain Andre Ayew will be in on front of them.

Kamaldeen Sulemana, Jordan Ayew and Richmond Boakye will be in the attack line.