Fire broke out on Monday morning, on a  Kampala building in Uganda known as  Ssebaaana belonging to the late and former Mayor Of Kampala. John Ssebaana Kizito.

The building that  is occupied by Motor Vehicle Spare Parts dealers is  located in Makerere Kivulu, Kagugube zone . 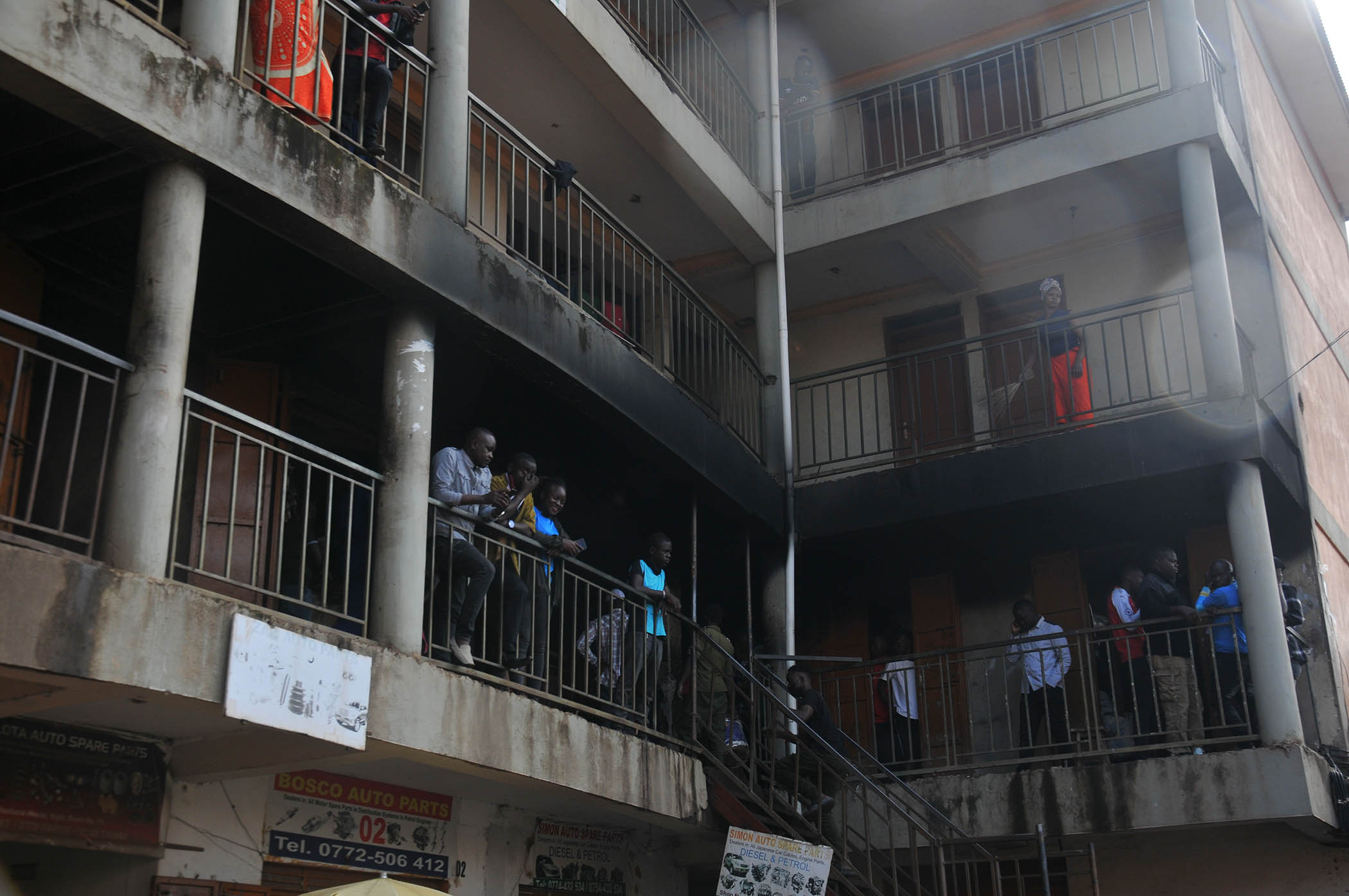 Traders  were found in a somber mood after the building  caught fire destroying  Property worthy millions of Shillings. 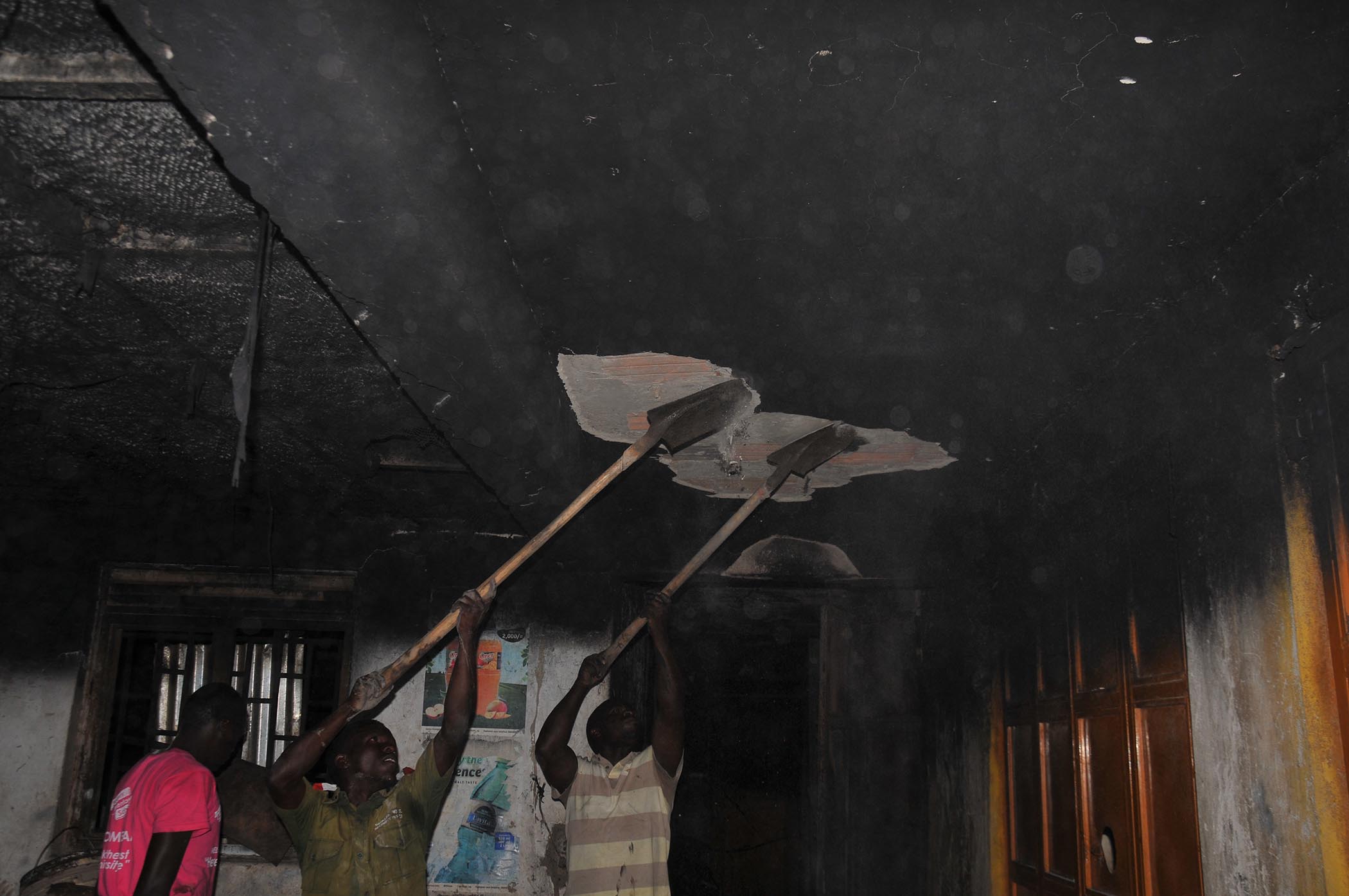 According to the manager of the building Juma Bukusuba,  fire started  after one of the tenants on the building left  the spraying machine on.

He added that  tenants on the building and neighbors joined to set off the fire with the help of fire brigade.

Juma says traders on the building lost most of their goods like car lights and car bodies.

We tried to  interview some of the affected tenants but did not give us a chance given the pain they were going through. 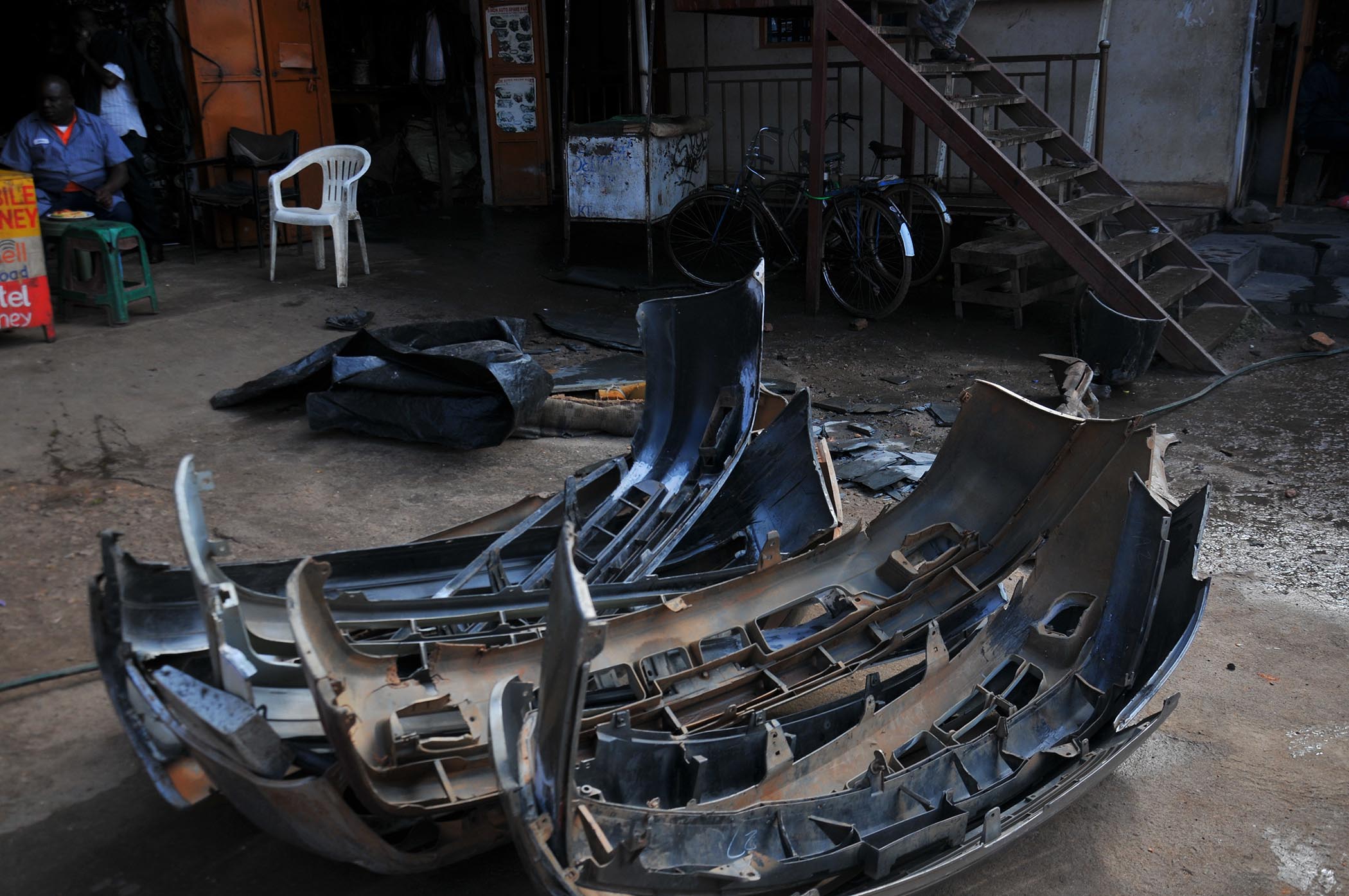 When we contacted Luke Oweyesigire, the Kampala Metropolitan Police spokesperson, he confirmed the incident  saying his team had rushed to the scene to control the Spread of the fire.

He observed that two shops were mainly affected  but  he was had not established the cause of the fire.