I really,really don’t like Arsenal manager Mikel Arteta and I don’t really know why

As is the case with peanut butter, I can’t put into words my intense disliking of the Arsenal manager. I like peanuts, I like butter, I love spreading things on toast, but I hate Mikel Arteta. 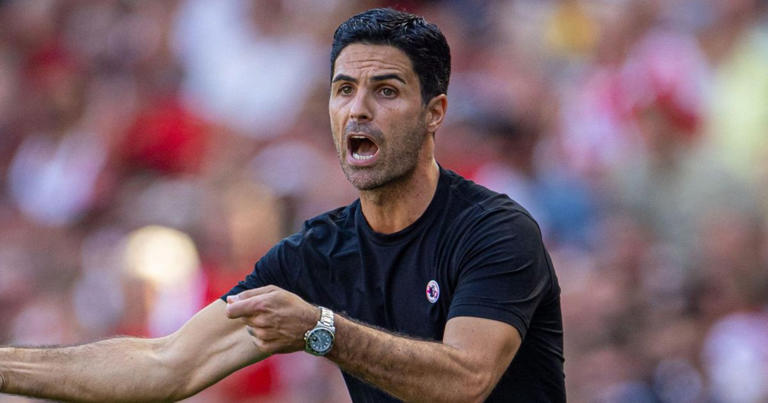 To be clear, I don’t wish ill of him; I really enjoy watching Arsenal and what he’s done to that team and squad is absolutely magnificent. He’s clearly a very good football manager. And actually, I’m writing this because I know the feeling is irrational. I feel like I should like Mikel Arteta, but I really, really don’t.

I know I’m not alone in this. With Richard Keys as our overlord, we Arteta haters (nonfan-club name pending) scoff at his bluntness in press conferences, shake our heads at his touchline jigs, pray the TV cameras don’t pan to him embracing Albert Stuivenberg after Arsenal score and side with opposition managers in touchline altercations no matter their comparative atrocities.

Emperor Keys urged Arteta to “sit down man” back in November, as he attempted to quantify his hatred of the Spaniard. And sure, him running up and down the touchline gesticulating – often inconsequentially – to his players is annoying. But it should be no less annoying than Antonio Conte doing the same, and it definitely is, which suggests that’s not what’s bugging us.

He’s often very short with reporters, and clearly sees his media duties as a chore. But Pep Guardiola is similar, if not worse. To those that claim Arteta’s the worst loser, can I introduce you to Jurgen Klopp? Who’s smugger? Brendan Rodgers.

And it’s not as though that combination of irritants creates a perfect aversion storm to explain the strength of my feeling. It’s easy to imagine a different manager who’s self-satisfied, hates losing, allows their emotions to get away from them on the touchline and takes no sh*t from the press as very watchable. Likeable, even.

Is it because he appeared to be so close to the sack but then wasn’t? But then surely that would mean I wanted him to be sacked, suggesting I already didn’t like him. Or maybe I just enjoy sackings? I hope not.

Maybe I don’t like that his ‘process’ bore fruit. It’s much more fun when you can use a middle-management buzzword like that against someone, particularly when it’s used as a device to placate when things aren’t going well – ‘Ok sure, let’s “trust the process” that’s seen you take Arsenal from eighth to eighth.’

Perhaps it’s because that process has jumped a stage. Surely it’s against the rules to go from missing out on Champions League football to winning the Premier League. This process was supposed to take a decade, not three-and-a-half years.

But that just suggests I don’t like young people to do well, which is the sort of darkness I very much hope – for the sake of my unborn child – doesn’t reside within me.

Is it that I don’t want Arsenal to do well so I’ve picked out Arteta to hate as he’s the most important factor in them being good? But then it’s not as though I dislike the important players. I like Martin Odegaard. I love Bukayo Saka. Maybe it’s because Arsenal as a team are so likeable and I’m desperately trying to find something to dislike.

Having genuinely hoped I would uncover the truth behind my loathing of the man as I wrote this I am in fact no closer to unravelling my feelings. This, if anything, has strengthened my hatred of him. I hate him more because of my own inadequacy. How pathetic.

Why do I hate Mikel Arteta? Because I do.