Lionel Messi was rested, but Mbappe, Neymar and Sergio Ramos all started.

Pays de Cassel frustrated their opponents for much of the first half but the floodgates opened when Mbappe notched the opener in the 29th minute.

Mbappe went on to complete his hat-trick in just 11 minutes as PSG held a four-goal lead at half-time.

Despite the comfortable lead, Galtier decided that his star duo, Mbappe and Neymar, did not need a rest.

And the 24-year-old Frenchman went on to score twice more in the second half.

Mbappe netted his fifth in the 79th minute and, in the process, became the first player in PSG history to score five goals in a single match.

View his goals below…

Mbappe’s second goal was the pick of the bunch.

The Frenchman ran onto a ball over the top and produced a delightful lob when one vs one with Pays de Cassel goalkeeper, Romain Samson.

His fourth goal was without doubt the most comical.

Samson ran out and looked as if he would easily get to the ball in front of Mbappe.

But he misjudged the flight of the ball and completely missed it, allowing Mbappe to run through and convert into an empty net.

Mbappe has now scored 25 goals this season and is on course for his most prolific campaign to date. 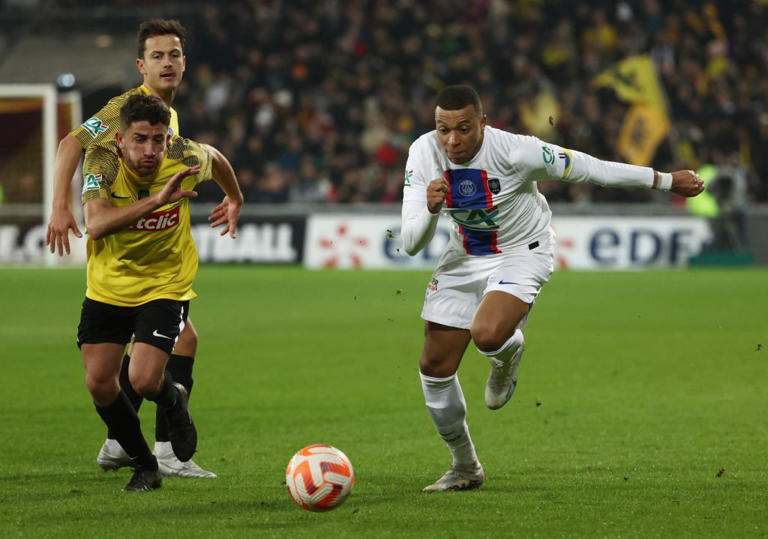 One of Pays de Cassel’s defenders, Alexis Zmijak, is a PSG ultra.

He spoke about the prospect of tackling Mbappe before the match,

He told Le Parisien, per Goal: “If Mbappe goes through on goal, do I tackle him or not? Do I say to myself: ‘Wait, he has to play Bayern Munich in the Champions League soon’.

“I have no stress before this game. We have nothing to lose, it’s the meeting of a lifetime for us. And for me, personally, it’s great to find myself in this situation.”

PSG will play Marseille in the last 16 of the French Cup. The tie will be played at the Stade Velodrome in the second week of February.