Morocco are into the quarter-finals for the first time ever. Only the fourth African team to reach that stage after Cameroon in 1990, Senegal in 2002 and Ghana in 2010. 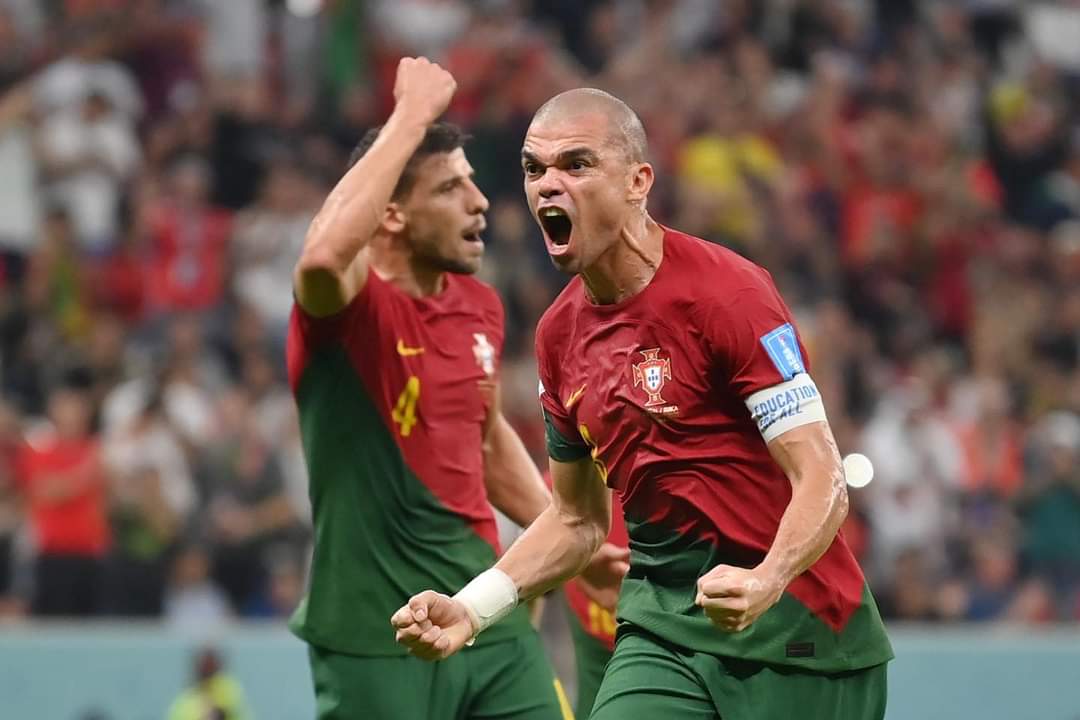 None of those three made it further.

It’s Portugal or Switzerland for Morocco in the last eight. Live build-up to that last-16 tie has started over here.

Morocco stunned the world by knocking out 2010 World Cup winners Spain from the 2022 edition, with keeper Bono the hero as he saved two kicks. Luis Enrique’s side were dominant throughout but couldn’t find a way through a rugged Moroccan defence, who celebrated wildly at the finale. They will face Portugal or Switzerland in the quarter-finals.

BY
NADEEM BADSHAH
UPDATED 06/12/2022 AT 20:58 GMT+3
Spain are out of the World Cup after losing a penalty shootout to Morocco 3-0 in the last 16 stage after both sides failed to score in 120 minutes.
Luis Enrique, who went with Marcos Llorente at right-back, saw his side have 70 per cent possession in the first-half but create few chances in a largely dull 45 minutes.
They had a bright three minute spell with Gavi hitting the crossbar after a mistake at the back, but an offside flag was raised, and Marcos Asensio smashing a shot into the side-netting but for the most part the North African side defended well.
WORLD CUP
HOW TO WATCH MOROCCO V SPAIN LAST 16 WORLD CUP MATCH
YESTERDAY AT 12:37
Morocco rarely ventured forward but should have broken the deadlock when an unmarked Nayef Aguerd headed over the bar from close range.
The second-half had much of the same disjointed play which led to Alvaro Morata and Carlos Soler coming on around the hour mark while Abde Ezzalzouli came on for the Atlas Lions. But it failed to yield a goal with Morata wastefully heading over in the last minute from a Soler freekick.
In extra time, Walid Cheddira spurned two big chances to score. Aymeric Laporte got back to nick the ball away after the striker took too long to shoot and minutes later he shot straight at Unai Simon.
Enrique’s side were largely wasteful in the final third but could have nicked it in the dying seconds when Pablo Sarabia’s volley from a tight angle hitting the post.
In the shootout, Sarabia hit the post, Soler’s tame effort was saved and Sergio Busquets missed his spotkick.
And Madrid-born Achraf Hakimi converted his penalty to send Morocco through to the quarter-finals.
TALKING POINT:
Spain fail to learn lessons from recent tournaments.
This team has plenty of goals in them, putting seven past Costa Rica and five past Slovakia and Croatia in the Euros last year. But despite that they opted to try and pass Morocco to death, showing a lack of directness from both set pieces and in open play. And the decision to start Asensio as a centre forward with the in-form Morata on the bench backfired. It is the third tournament running the Spanish have been knocked out on penalties.

In their round of 16 clash, Morocco and Spain lacked a cutting edge in attack and the underdogs defended valiantly to keep out their European opponents.

The knockout tie went to extra-time and Spain struck the post late on as they came very close to winning the game before a penalty shootout was needed.

Badr Benoun was unable to net Morocco’s third kick but Sergio Busquets was unable to reduce the deficit with Spain’s third attempt.

Achraf Hakimi then stepped up and audaciously settled the knockout tie with a panenka right down the middle.

ideas to enhance the World Cup, including an Absent All-Stars squad…

PLAYER OF THE MATCH

Sofyan Amrabat (Morocco): The Fiorentina man won the midfield battle with his workrate and tenacity. He did not stop running for 120 minutes and linked up well with the attacking players.

25′- BAR! Morocco lose it at the back and Gavi’s sidefooter hits the bar, the rebound from Torres is charged down but the flag goes up.
41′ – FREE KICK: Its midway in the Spain half. Its not cleared. Boufal’s cross is headed over by an unmarked Aguerd.
90′ – CHANCE! From the freekick around 25 yards out to the left side of the area, Soler’s delivery finds Morata who heads it miles off target.
114′ – BIG CHANCE! Lovely footwork from Ziyech, he threads it through to Cheddira whose shot is straight at Simon.

Spain attempted just one shot in the first 45 minutes against Morocco, their fewest in a first half of a World Cup game since at least 1966.
Share
Facebook
Twitter
Pinterest
WhatsApp
Telegram
RELATED ARTICLES
Africa