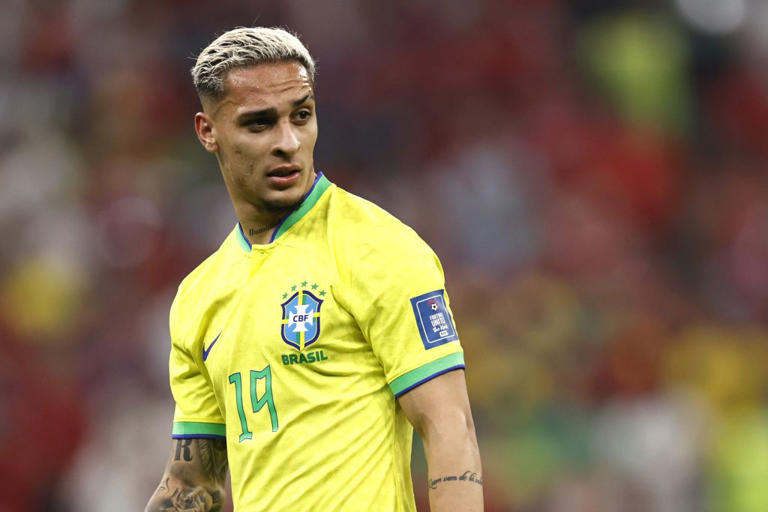 Manchester United winger Antony has missed a second consecutive day of training through illness in another selection headache for Brazil at the World Cup.

The former Ajax star missed United’s last five matches heading into Qatar through injury but came off the bench to make his debut in the competition in the 2-0 win over Serbia on Thursday.

With Neymar now set to miss Brazil’s remaining group games after suffering a sprained ankle in that victory, Antony would have hoped to have been among the candidates to replace the Paris Saint-Germain star in the games against Switzerland and Cameroon on Monday and Friday respectively.

Antony was among three players to miss training on Friday with Globo Esporte reporting the 22-year-old was again absent on Saturday.

The winger was suffering with ‘flu-like symptoms’ and vomiting’, according to the report, and did not join the closed training session and remained at the team hotel in Doha.

Brazil will also be without full-back Danilo for their final group games. 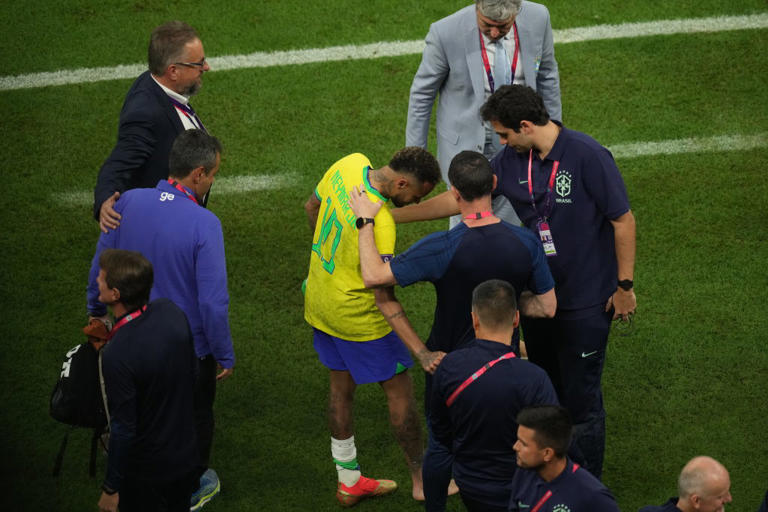 Neymar was forced off during the win over Serbia (Picture: Getty)© Provided by Metro

The Juventus star is also struggling with a sprained ankle, hobbling through the final minutes of Thursday’s win over Serbia.

Real Madrid’s Eder Militao could come into replace him with 39-year-old Dani Alves another option.

Almost 24 hours after the injury occurred, Neymar posted an emotional message on social media, vowing to do everything he can to return and help Brazil’s World Cup bid.

He wrote on Instagram: ‘The pride and love I feel wearing the shirt is inexplicable. If God gave me the opportunity to choose a country to be born in, it would be Brazil.

‘Nothing in my life was given or easy, I always had to chase after my dreams and my goals.

‘Never wishing someone harm but helping those in need.

‘Today has become one of the most difficult moments of my career… and again in a World Cup.

‘I have an injury yes, it’s annoying, it’s going to hurt but I’m sure I’ll have a chance to come back. I’ll do my best to help my country and my team-mates.’