One person was killed and five others were injured in a shooting adjacent to a popular Atlanta shopping destination Saturday night, police said. 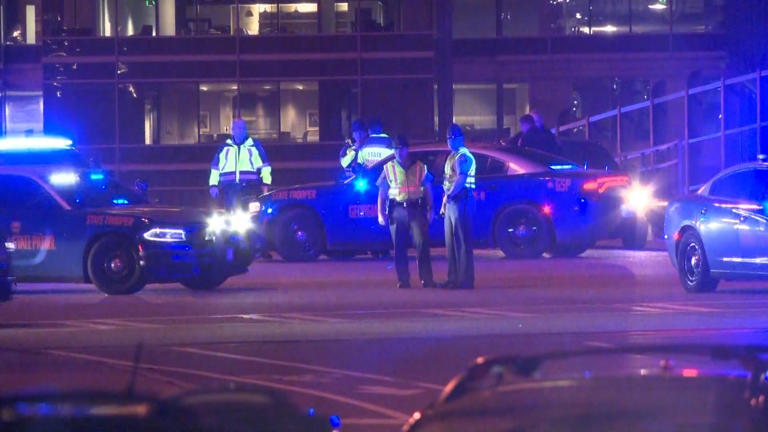 A group of people ranging in age roughly from 15 to 21 had been escorted off the property of the outdoor Atlantic Station mall and were on an adjacent freeway overpass when gunfire erupted, Atlanta police Lt. Germain Dearlove said at a news conference.

The deceased person was found at the scene, he said, and the injured were taken to medical facilities. Their conditions were not available.

The background of a suspect or suspects was unknown. There may have been two sides in the group, with two shooters exchanging gunfire, Germain said.

A witness told Atlanta NBC affiliate WXIA that as many as 30 rounds could be heard.

The shooting took place on one of the busiest shopping weekends of the year at one of the Atlanta area’s most popular malls.

Police blocked off 17th street as they investigated the origin of the attack. Exit lanes from the adjacent Interstate 85 freeway were reopened late Saturday after they were closed to accommodate investigators.

This is a developing story. Check back for updates.