Mourners are arriving at Westminster Abbey for the Queen’s state funeral, with members of the royal family and world leaders among 2,000 people expected at the ceremony.

Crowds of mourners have flocked to London, Windsor and royal sites throughout the UK on the national bank holiday, with the service set to draw millions of TV viewers across the globe.

All public viewing areas for the funeral procession in the capital were full by just after 9am.

Overnight, the final members of the public queued to see the Queen lying in state in Parliament’s Westminster Hall before her coffin is moved to the nearby abbey.

The royal family, including Prince George and Princess Charlotte, will be among the 2,000 people gathered at Westminster Abbey to remember the late monarch on Monday morning, before a committal service at Windsor Castle.

The day marks the climax of what is being regarded as the biggest security operation the UK has ever seen, surpassing the operation for the Platinum Jubilee weekend and the London 2012 Olympics, which saw up to 10,000 police officers on duty per day.

The royal family will walk in procession behind the Queen’s coffin as it is carried through the Gothic church by the military bearer party.

The King and the Queen Consort will walk immediately behind the coffin, followed by the Princess Royal and Vice Admiral Sir Tim Laurence, the Duke of York, the Earl and Countess of Wessex, and the Prince and Princess of Wales. 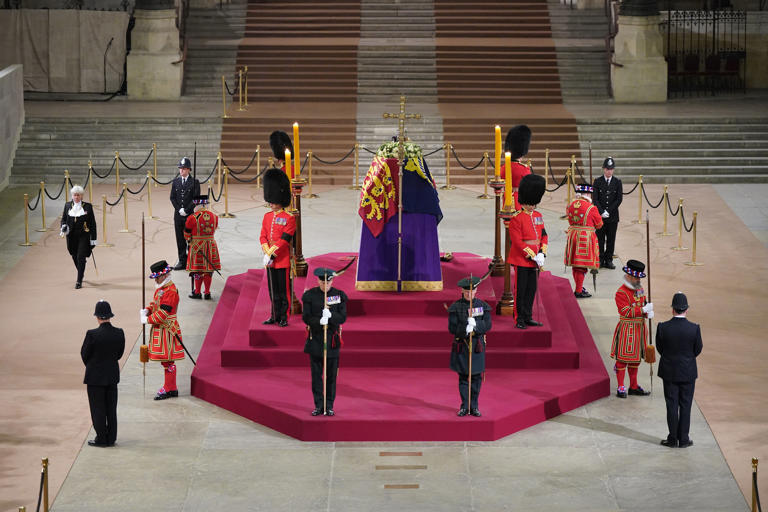 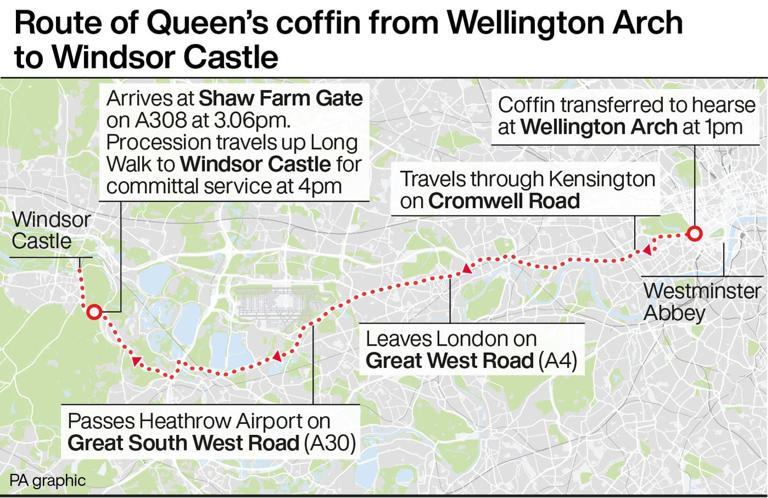 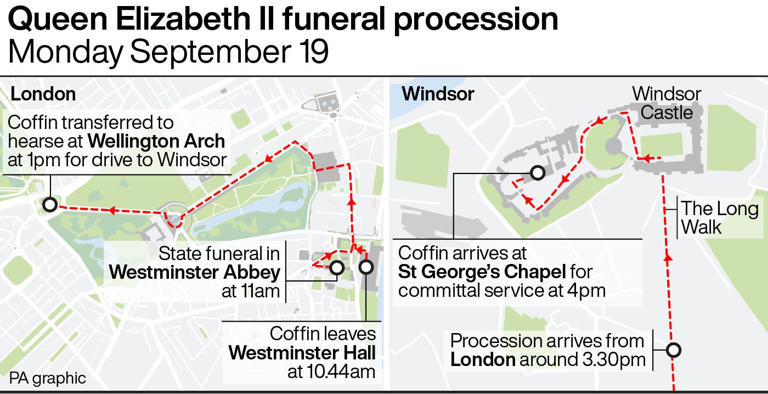 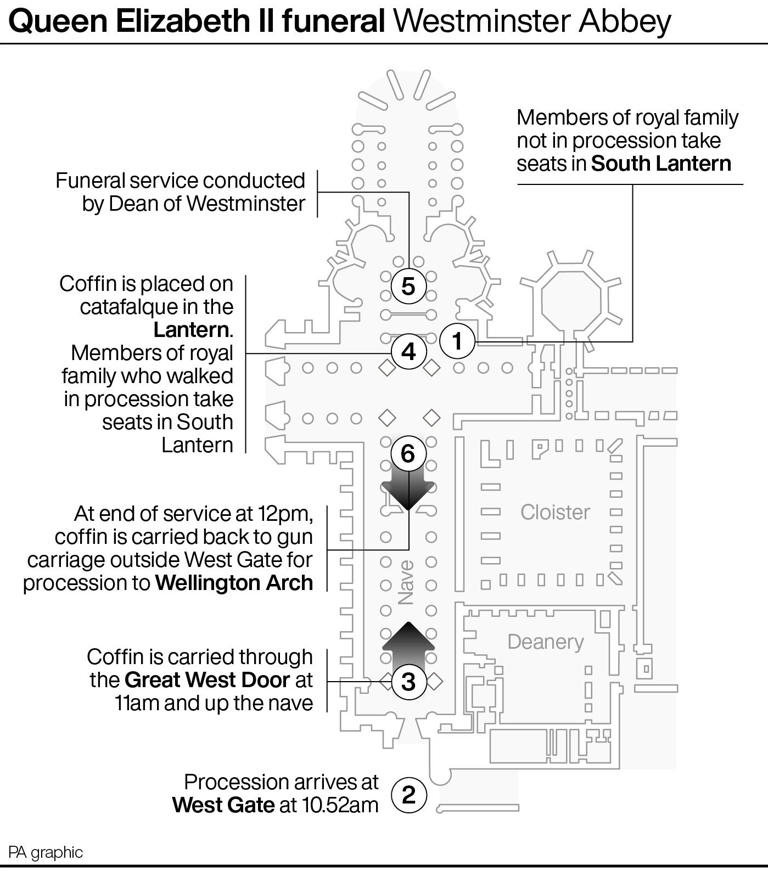 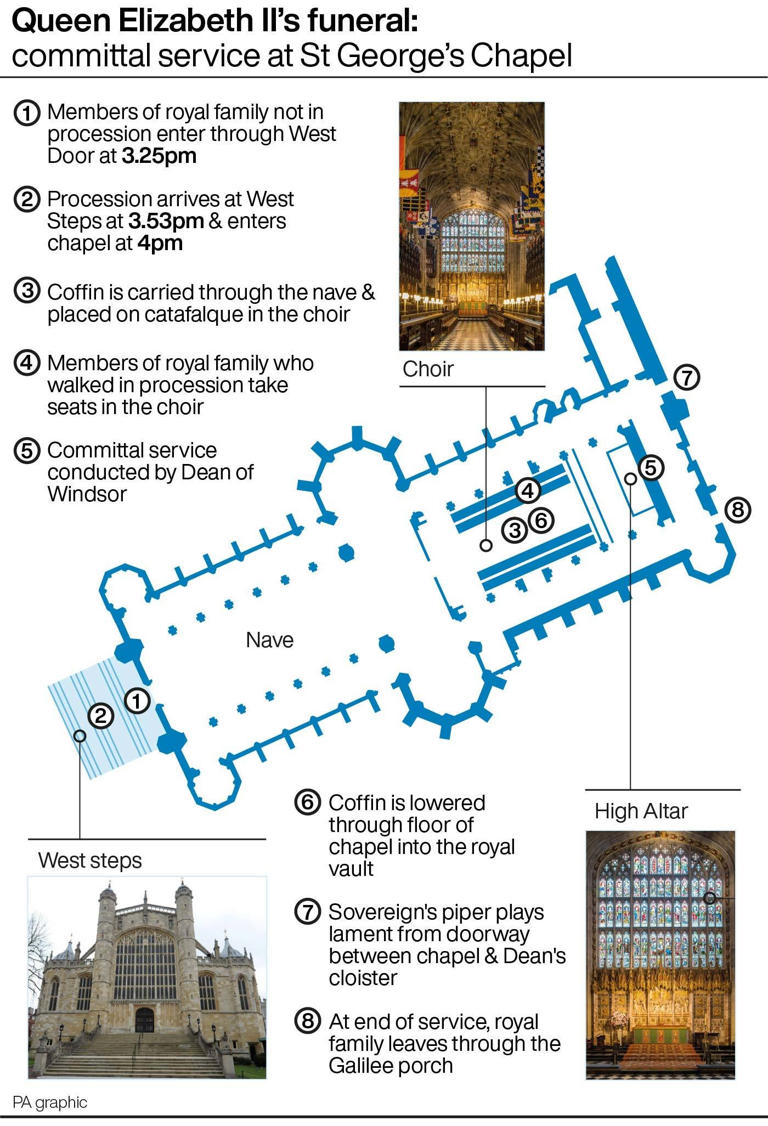