The Bow Room at Buckingham Palace, the overnight resting place for the Queen’s coffin, was the backdrop to the monarch’s first Christmas broadcast in colour in 1967. 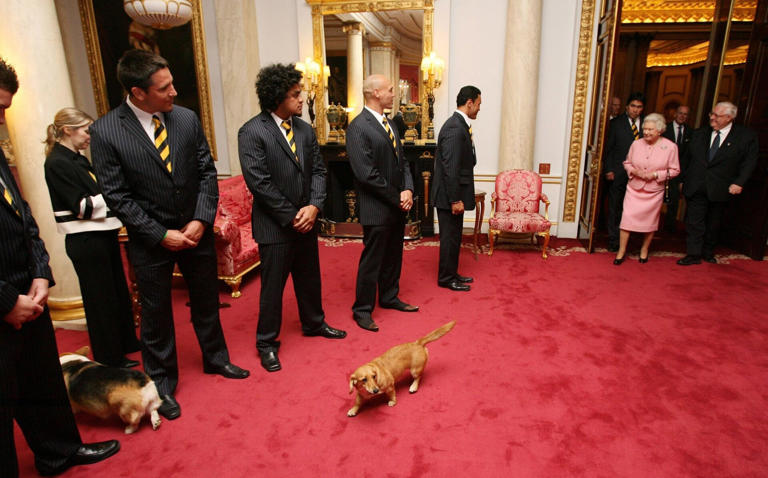 The room, named after its large bow window, has also played host to visiting dignitaries and Royal family occasions.

In 2000, the Queen Mother held a private family lunch there to mark her 100th birthday.

A Bow Room photograph from 1942 features the young Princess Elizabeth and her parents meeting Eleanor Roosevelt, who had travelled to the UK to visit US troops and observe the Home Front effort.

Originally intended as a library, the room is used for receptions, as a waiting room for those receiving a private audience with the Queen, and is the room through which guests reach the garden while attending royal garden parties. 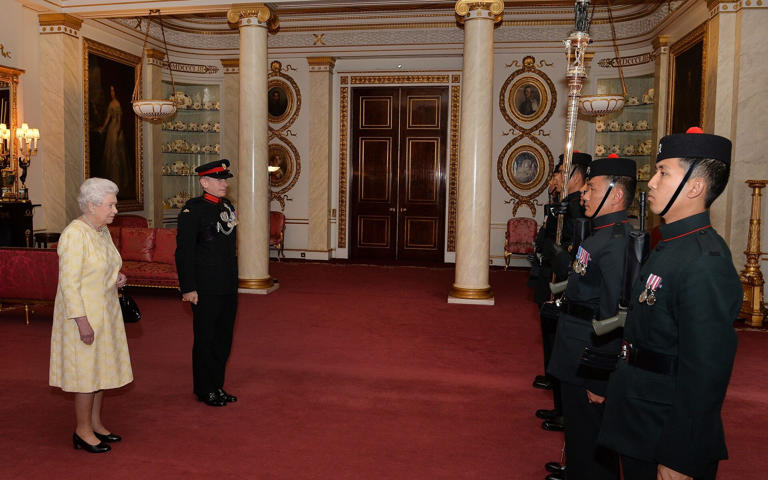 Queen Victoria oversaw the decoration of the room, and ovals on the walls depict her European relations.