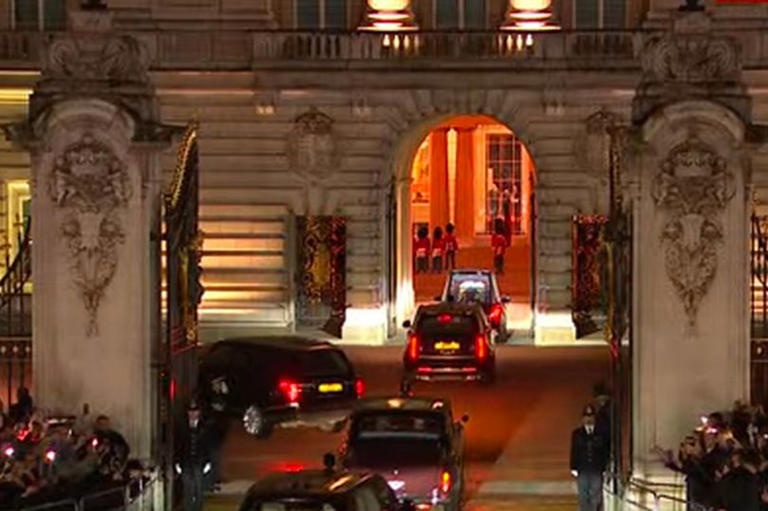 The Queen has returned home to Buckingham Palace and has been welcomed by King Charles and her closest family.

Her Majesty’s coffin was flown from Edinburgh Airport to RAF Northolt, in London, earlier this evening.

The Queen’s Colour Squadron then conveyed her coffin to the state hearse, which carried her body back to Buckingham Palace.

Prince William and the Princess of Wales joined the family to privately receive the coffin at the Palace, alongside Harry and Meghan.

The Queen’s children Prince Andrew and Prince Edward, as well as Sophie, Countess of Wessex were also there.

Princess Margaret’s children Lady Sarah Chatto and Earl Snowden joined the welcoming party alongside all of the Queen’s grandchildren and their spouses.

Well-wishers lined the 15-mile route to pay their respects to Her Majesty as she returned to the Palace.

Hundreds held their phone lights in the air as the coffin passed through the gates of the Palace, with the crowd erupting into applause moments later.

The coffin will be carried by a bearer party to the Bow Room where a sovereign’s piper will play a lament.

Follow all the latest updates on our live blog here 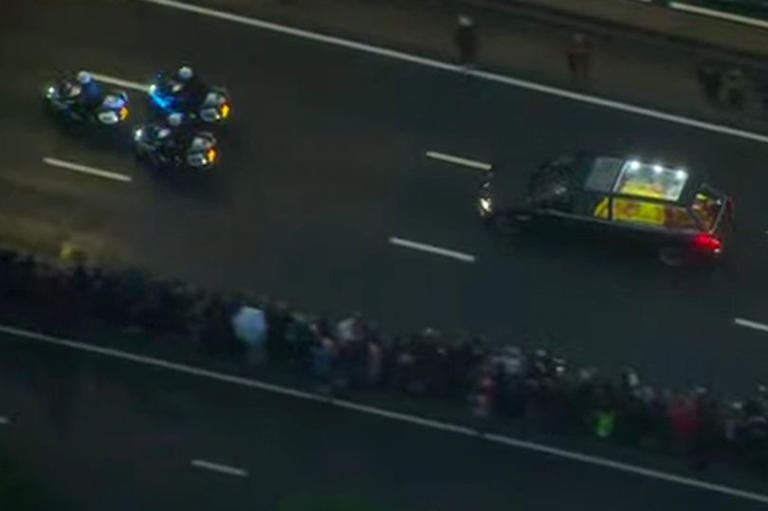 It will remain in the Bow Room overnight before a procession on Wednesday to Westminster Hall for the start of the lying in state.