The Glazer family have slapped a minimum £3.75billion price tag on Manchester United amid increasing pressure to sell the club.

Multiple fan protests have taken place since the start of the new season, as supporters join Gary Neville in pleading for the American family to hand over the keys to Old Trafford, having acquired the club for £790million in 2005, loading it with debt via a leveraged buyout. Britain’s richest man and boyhood fan Sir Jim Ratcliffe recently made headlines by declaring interest in buying his beloved team, and now moguls from Dubai are believed to be weighing up a swoop.

It’s already been widely reported that the Glazers would consider selling a small stake in the club, but now a price tag for a full takeover has emerged for the much-maligned Glazers to part ways with their prised assets after 17 tumultuous years.

According to the Daily Mail, around the £3.75bn would be enough, although it could take as much as £5bn. That amount would be tough to stump up for most potential buyers, but would well be within the range of a sovereign wealth fund, with Dubai tipped to join the Premier League party. The Emirati state is yet to follow neighbours Abu Dhabi and Saudi Arabia, who have Manchester City and Newcastle in their portfolio respectively, into the Premier League but may be tempted by United.

Red Devils supporter Ratcliffe, who owns INEOS and French club Nice, put his interest on record more than three weeks ago. A spokesperson for the Lancashire-born chemical bigwig told the Times : “If the club is for sale, Jim is definitely a potential buyer. If something like this was possible, we would be interested in talking with a view to long-term ownership.

“This is not about the money that has been spent or not spent. Jim is looking at what can be done now and, knowing how important the club is to the city, it feels like the time is right for a reset.”

Get involved! Would Man Utd be better off with Dubai involved? Join the debate in the comments section. 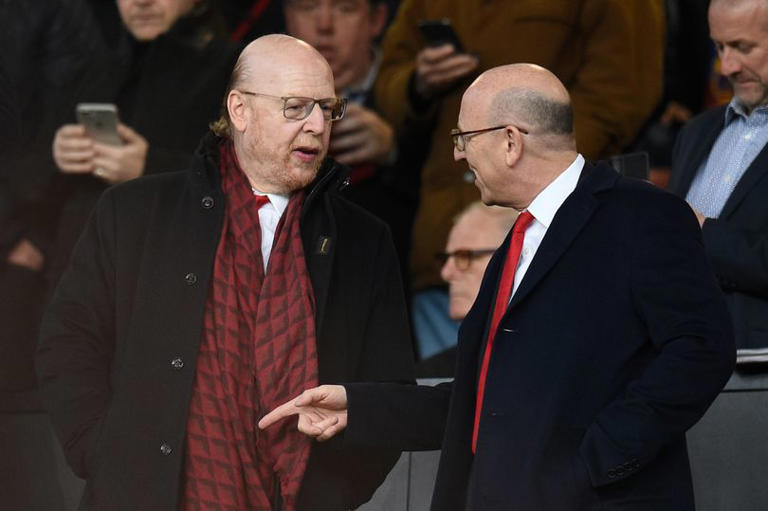 Manchester United Supporters’ Trust (MUST) responded to Ratcliffe’s interest by saying in a statement of their own: “Speculation is mounting about a potential change of ownership or new investors at Manchester United.” Whilst supporters have called for change, of course, this has to be the right change.

“Any prospective new owner or investor has to be committed to the culture, ethos and best traditions of the club. They have to be willing to invest to restore United to former glories, and that investment must be real new money spent on the playing side and the stadium.

“Finally, any new ownership structure must embed supporters, including a degree of fan share ownership, in their operating model. These are the criteria supporters will judge any bid on. We are open to dialogue with any bidder, and look forward to any such discussions.”