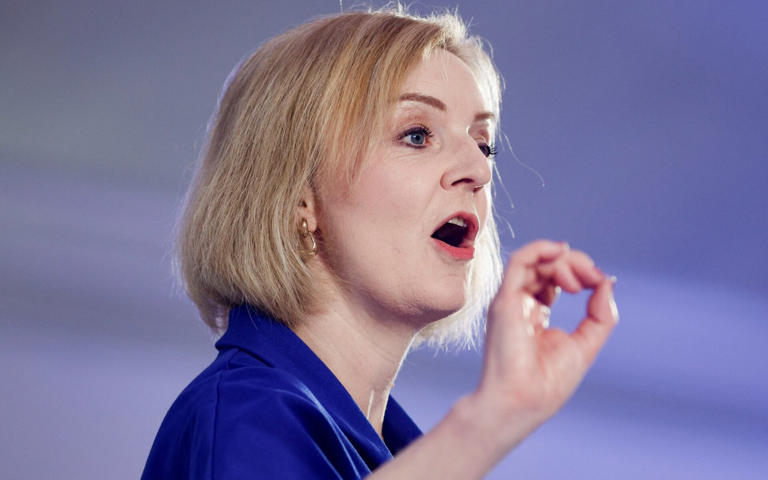 The Foreign Secretary – the favourite in the Tory leadership race – could raise the personal allowance, the point at which people begin paying income tax, from its current £12,570 level up to four years ahead of schedule.

She is also considering a potential five per cent cut in VAT cut across the board as part of a suite of options to tackle the cost living crisis and offset rising energy bills.

A significant increase in Universal Credit from October is also being considered for the 8.5 million most vulnerable families as a way of targeting aid and avoiding blanket “handouts” to all households.

It is thought MPs within her camp favour cuts to VAT charges on goods, but one senior supporter said: “It could easily be both.”

On Friday, the regulator Ofgem warned the Government that it must act urgently to “match the scale of the crisis we have before us” as Britain faced the news that the average household’s yearly bill will rise from £1,971 to £3,549.

The Treasury has been working up options, but Ms Truss’s aides stressed on Sunday that no decisions had been made apart from the public commitments to reverse the rise in National Insurance, cancel the planned corporation tax increases and impose a temporary moratorium on the green levy.

Mr Sunak’s team warned that cutting VAT by up to five per cent – from 20 per cent to 15 per cent – across the board would be “regressive” and cost tens of billions of pounds.

A campaign source for the former chancellor said the plan was flawed because VAT is not paid on basic items such as food therefore would do nothing to help families pay supermarket bills.

The source also warned the annual cost of £37 billion for the five per cent VAT reduction would take the necessary funds for Ms Truss’s tax-cutting plans to £100 billion.

Her plans were, however, backed by Patrick Minford, the Thatcherite economist, who said rising inflation was costing households around £50 billion a year because they were being dragged into higher tax brackets that not been index linked.

“So what a cut in VAT or income tax would do is reverse that in this financial year. It makes no sense at this point to throw extra taxes on people when they’ve got these costs,” he said.

“It’s perfectly logical to offset that and reverse it, and actually the quickest way to do that this year is through a cut in VAT which can be done immediately.

“This is not inflationary – it actually interacts well with monetary policy to keep interest rates under better control. It makes sense to cut VAT and income tax, but you can cut VAT quicker, which is the right thing to do and it indexes this fiscal drag.”

Mr Truss, who has cited Prof Minford as an economist who backs her tax-cutting strategy, is also considering a temporary reduction in VAT rates on energy for businesses that would bring the tax from 20 per cent to five per cent in line with households.

Steve Baker, who heads the relaunched Conservative Way Forward group, said: “We need to be much more Conservative. Part of that is going to look after people through universal credit and cutting taxes but also maximising production of reliable energy.

“The most regressive tax is VAT, so cutting VAT has its attractions.”