Roger E. Mosley, best known for his role on the action crime series “Magnum, P.I.,” has died. He was 83.

Mosley died at Cedars-Sinai Medical Center in Los Angeles on Sunday as a result of injuries he sustained in a car accident in Lynwood, California, on Thursday, Mosley’s daughter Ch-a Mosley confirmed to USA TODAY.

Born in LA on Dec. 18, 1938, to Eloise Harris, Mosley grew up in the Imperial Courts public housing in Watts. The actor made his television debut on the crime drama “Longstreet” in 1971 and starred in a number of films throughout the ’70s, including the crime drama “Hit Man,” the blaxploitation flick “The Mack” and the John Wayne drama “McQ.”

Start the day smarter. Get all the news you need in your inbox each morning.

But Mosley never left the world of television behind, appearing in series such as “Kojak,” “The Rockford Files,” “Starsky and Hutch,” “The Life and Times of Grizzly Adams,” “Sanford and Son,” “Kung Fu,” and “The Love Boat.”

His showbiz breakthrough, however, came in 1980 when he scored the role of helicopter pilot Theodore “TC” Calvin on “Magnum, P.I.,” which starred Tom Selleck and John Hillerman.

The representation Mosley’s “Magnum, P. I.” character provided to the Black community was important to the LA native.

“They (the Magnum writers) keep writing for me to smoke and drink, but I won’t do it,” Mosley told Ebony in a 1982 interview, per The Hollywood Reporter. “I never get high, smoke or drink on the show or in real life. That’s not what I want Black kids to see.”

“So much of my Magnum PI enjoyment comes from Roger E. Mosley, the unsung comic hero of many a scene on that show,” wrote editor Philip Michaels on Twitter.

Writer and director Tina Andrews wrote it was a “sad day.”

“My friend Roger E. Mosley, 83, who played “TC” on Magnum P.I., has transitioned,” she continued. “He was surrounded by his family after suffering from a car crash this weekend. What a sweet man, and a fine actor who gave great parties. RIP, Roger. You were loved and shall be missed.”

Twitter user @JerrellZod wrote, “Some of these young kids don’t understand there was a time when there was only so many Black actors and actresses on TV/film REGULARLY” and Mosley was one of them.

@shavar on Twitter said Mosley was a “wonderful actor.”

“I grew up seeing Mr Mosley play tennis at Poinsettia Park in West Hollywood, CA. He was like family,” the tweet read. “I was honored to play his son Bryant on TV’s Magnum P.I. My prayers and condolences to Mr Mosley’s family, friends and fans.”

Following the show’s eight-year run, Mosley returned to the “Magnum, P.I.” universe in 2019, playing the role of John Booky in the CBS reboot of the show, which debuted in 2018.

Mosley’s daughter, Ch-a, shared a tribute to her father on Facebook.

“He was surrounded by family as he transcended peacefully,” Ch-a wrote. “We could never mourn such an amazing man. He would HATE any crying done in his name. It is time to celebrate the legacy he left for us all. I love you daddy. You loved me too. My heart is heavy but I am strong.”

“I will care for mommy, your love of almost 60 years,” Mosley’s daughter’s post continued. “You raised me well and she is in good hands. Rest easy.”

Mosley is survived by his wife Antoinette “Toni” and three children.

Tom Selleck: Why he quit ‘Magnum, P.I.,’ the challenges of fame

Related: ‘Magnum P.I.’ is reimagined for 2018, with hammy panache intact 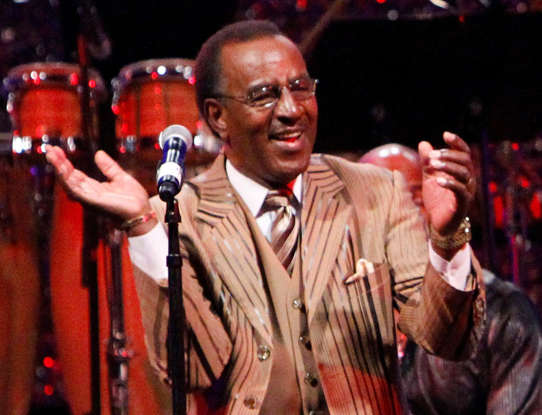 Sam Gooden, one of the original members of the Chicago soul group The Impressions and a member of the Rock & Roll Hall of Fame, has died. He was 87.

His daughter, Gina Griffin, said Gooden died on Aug. 4, a month shy of his 88th birthday, in his hometown of Chattanooga, Tennessee, surrounded by his family.

The Impressions formed in the 1950s after Gooden and brothers Richard and Arthur Brooks met Curtis Mayfield and Jerry Butler in Chicago. They remained a top group in the 1960s, known for their gospel-styled harmonies and socially conscious son