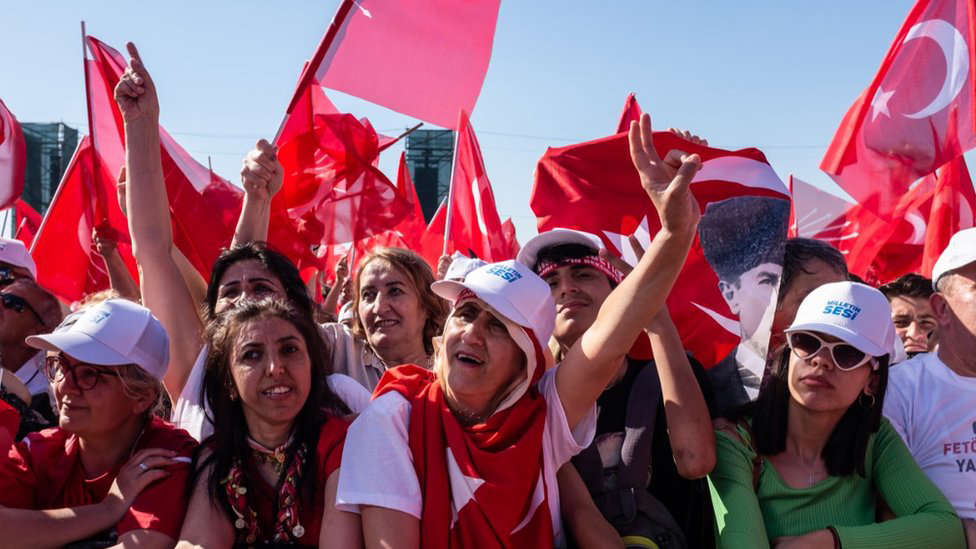 Tens of thousands of people have rallied in Turkey’s largest city of Istanbul in support of the leading opposition figure, Canan Kaftancioglu.

She has received a criminal conviction for insulting President Recep Tayyip Erdogan and the Turkish state.

Some of the charges relate to messages published on Twitter 10 years ago. Kaftancioglu has repeatedly said the charges are politically motivated.

She was involved in the CHP’s triumph in Istanbul’s mayoral election in 2019, defeating President Erdogan’s governing AK party.

President Erdogan has faced accusations from the West and human rights groups for his crackdown on the judiciary and other state bodies after a failed coup in 2016.

In 2019, Kaftancioglu was sentenced to nine years, eight months and 20 days in prison.

After an appeal the term was reduced to just under five years.

Under Turkish law, sentences of under five years are usually suspended.

Kaftancioglu was accused of “insulting” President Erdogan and the Turkish state in the posts, as well as “spreading terror propaganda”.