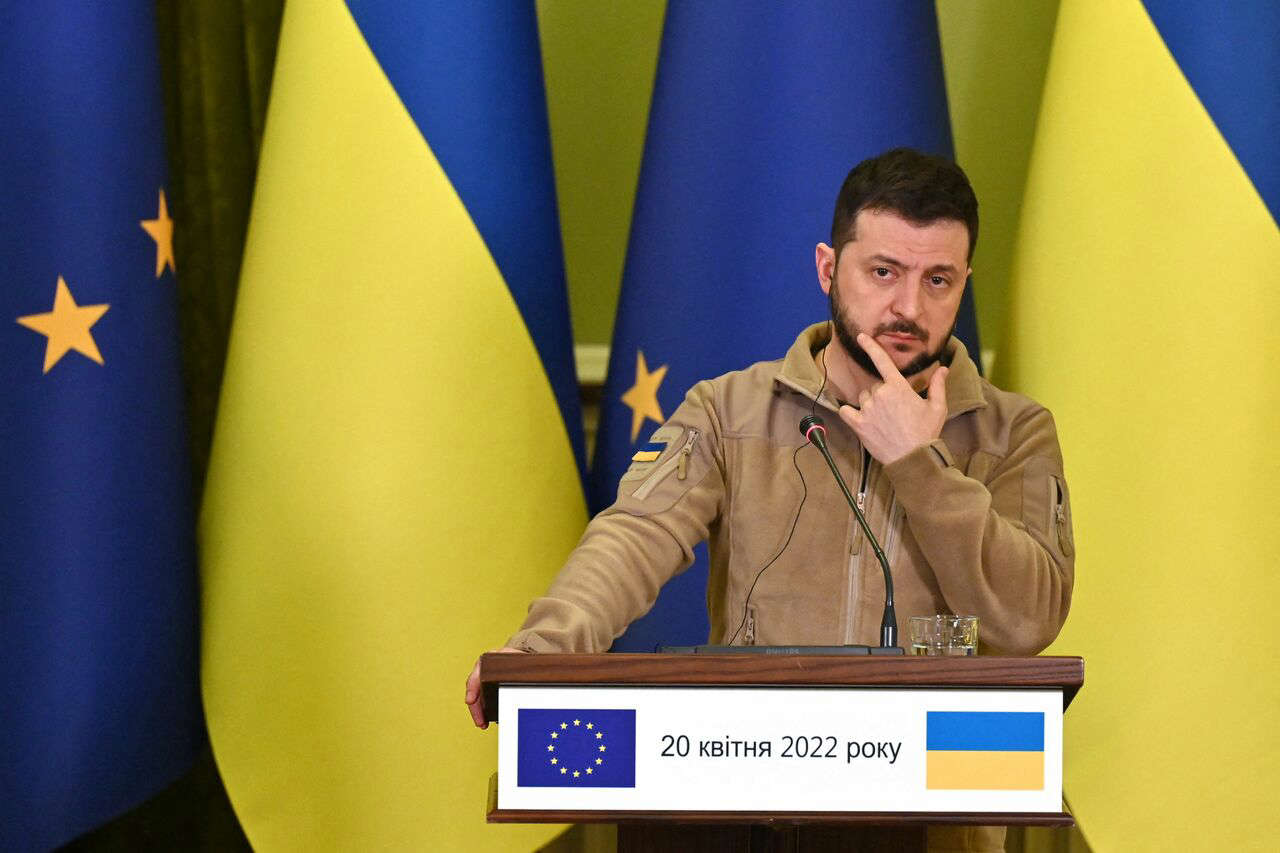 Ukrainian President Volodymyr Zelenskyy said Saturday that Russia will not be involved in its latest push to establish new security guarantees following Moscow’s failure to live up to the 1994 Budapest memorandum.

In the aftermath of the collapsed Soviet Union, Ukraine agreed in 1994 to give Russia all its nuclear warheads in exchange for security guarantees.

The agreement was signed by the U.S., U.K., Ukraine and Russia, and by 1996 it had handed over all its nuclear arsenals in compliance with what became known as the Budapest memorandum.

Russia’s invasion of Ukraine in February was a blatant violation of the agreement.

“Today, we are considering a range of security guarantors from trusted partner countries. We are developing this project with them,” Zelenksyy told a Ukrainian news outlet.

“We have developed it,” he added making clear that Russia has not been involved in this round of talks.

Russia’s more than three-month-long invasion has resulted in the displacement of nearly 13 million Ukrainians and an indeterminate number of civilian casualties, with thousands believed to have been injured and killed.

But Zelenskyy said it was the atrocities uncovered in Bucha following the withdrawal of Russian troops from the area in late March that “changed some things.”

“We want a separate agreement,” he said. “Today, everything has reached the point where this agreement provides for a circle of partner states around Ukraine without Russia.”

“Security guarantors without Russia,” he added.

It is unclear which agreement and with which countries Zelenskyy was referring to, but a group of 40 top international defense officials established by U.S. Defense Secretary Lloyd Austin in April at the Ramstein Air Base in Germany is expected to increase come Monday.

“There are some countries that have shown an interest in participating that weren’t in the first meeting,” Pentagon Press Secretary John Kirby told reporters Friday. “There’s not a cap on it, and we would love to have as many people, many countries participate as possible. 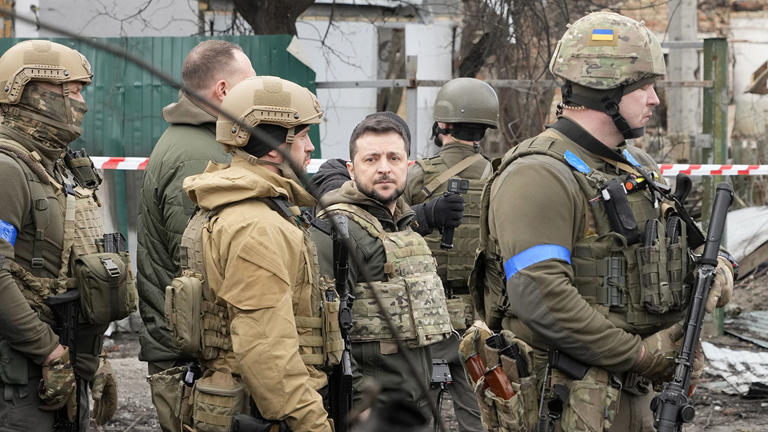 © AP Photo/Efrem LukatskyUkrainian President Volodymyr Zelenskyy examines the site of a recent battle in Bucha, close to Kyiv, Ukraine, Monday, Apr. 4, 2022. Russia is facing a fresh wave of condemnation after evidence emerged of what appeared to be deliberate killings of civilians in Ukraine. AP Photo/Efrem Lukatsky

Zelenskyy said Ukraine’s new security agreements with foreign nations should not be a negotiating factor in its peace talks with Russia.

The Ukrainian president said the war will only end through diplomacy, but noted an agreement still appears far out.

“There are things that we can not finish other than at the negotiating table,” he said. “We want to return everything, the Russian Federation wants not to give everything away.”