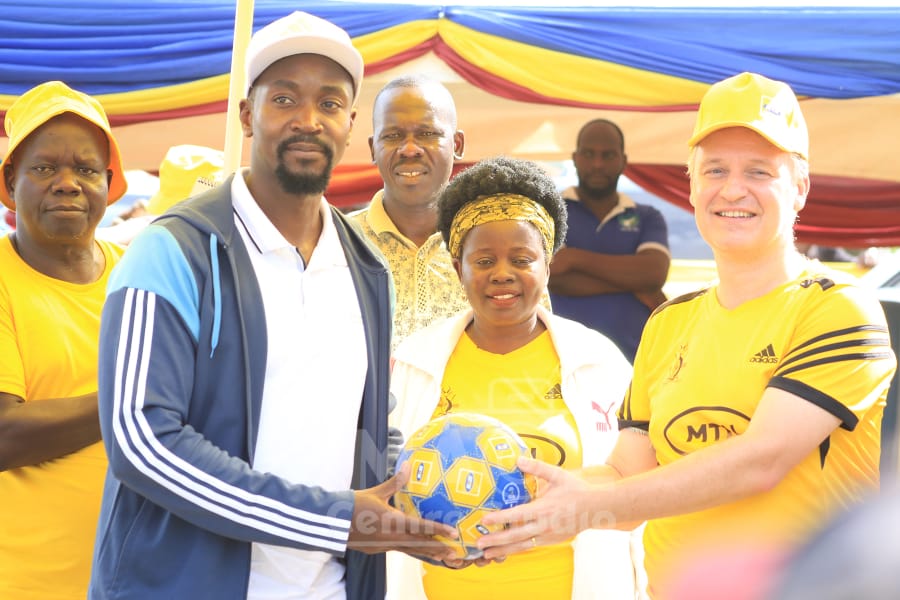 The long-awaited 5th edition of the Busoga Masaza Cup kicked off on Saturday at St. Gonzaga Playground in Kagoma, with Butembe facing off Buzaaya in a spirited opening match to a two-month football tournament that will see the 14 counties of Busoga Kingdom face-off on the turf.

Watched by a well mobilized mammoth crowd, His Majesty William Gabula Nadiope IV-Isebantu Kyabazinga of Busoga flagged off the game between Buzaaya County FC and Butembe County FCl, alongside the MTN Chief Executive Officer, Wim Vanhelleputte. MTN is the lead sponsor of the 5th edition of the Busoga Masaza Cup following a two-year partnership between the Kingdom and the Telecom.

As early as midday, fans hurriedly took up space to watch their favorite players showcase their talent on the pitch. 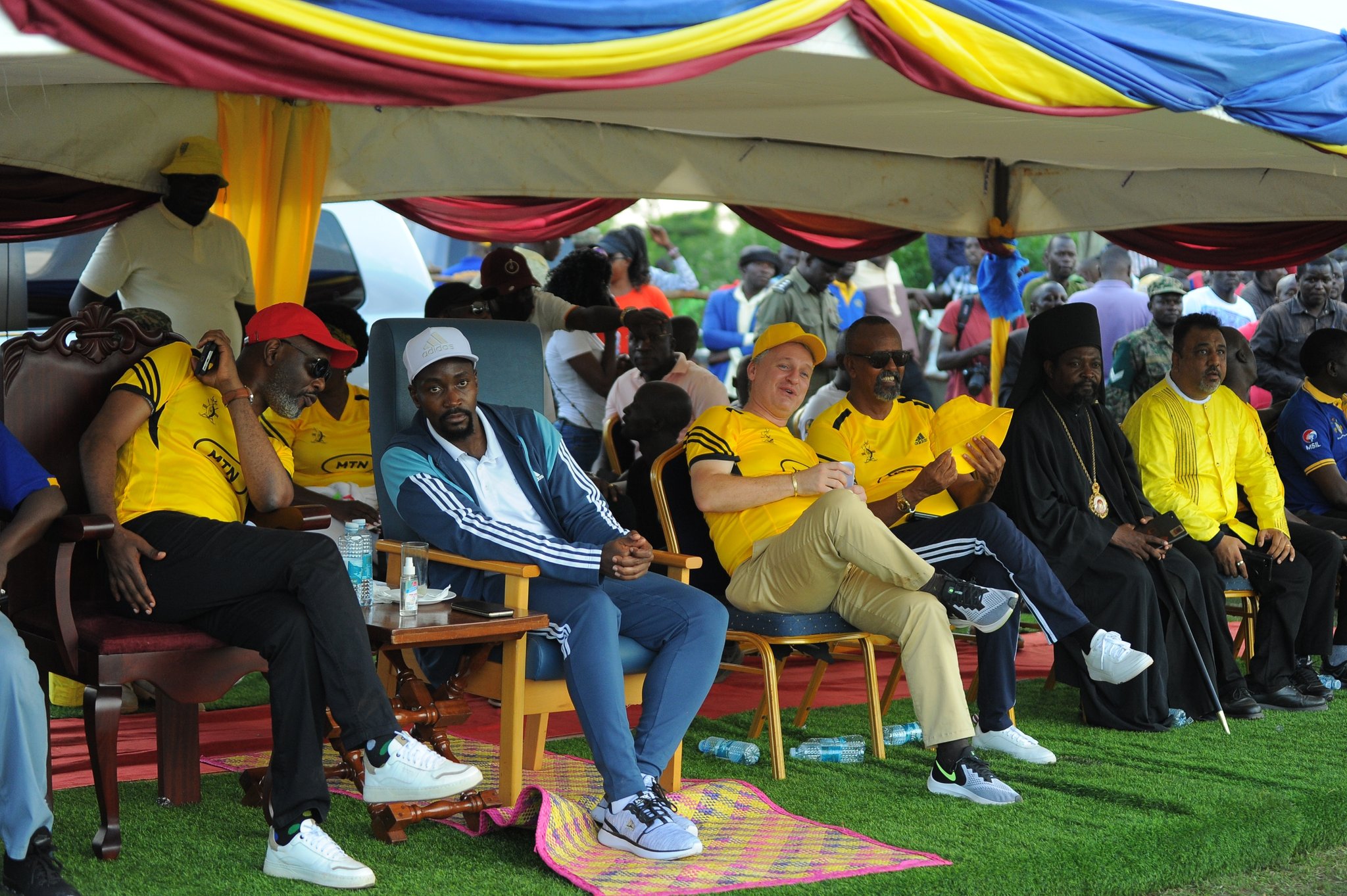 The Kyabazinga of Busoga (2L), the MTN Uganda CEO (3L) and the Busoga Kingdom officials follow proceedings ahead of the Masaza cup opening match

Prior to kick-off, there was a match passed where all the 14 participating teams waved to the monarch before he inspected all the teams.

Both teams exhibited talent and the 1st half ended in a goalless draw but a resurgent Butembe came with full guns blazing in the 2nd half and, through Magumba Faruku, scored the only goal of the day in the 73rd minute thereby sending their enthusiastic fans into endless jubilation. The match ended in a 1-0 win in favor of Butembe, against Buzaaya County.

The Kingdom Premier Owek. Dr. Joseph Muvawala asked participating teams to exhibit discipline throughout the tournament with emphasis on promoting unity and togetherness for the good of Busoga.

Owek. Osman Noor Ahmed,2nd Deputy Premier flanked by the Kingdom Sports Ministers Owek. Amin Bbosa and Owek. Daniel Musota revealed that as a Kingdom, they are determined to give the best to the people of Busoga with soccer being one of them.

MTN Uganda’s Chief Excutive Officer, Wim Vanhelleputte revealed that as a corporate company, they cherish and treasure culture as a key identity for their customers.

“As MTN Uganda it is an honor for us to associate with a pro-people initiative like the Busoga Masaza Cup. We look forward to the spirited and engaging interactions with the people of Busoga, just like we did with the recently-concluded MTN Masaza Cup in Tooro Kingdom.” Said Vanhelleputte. 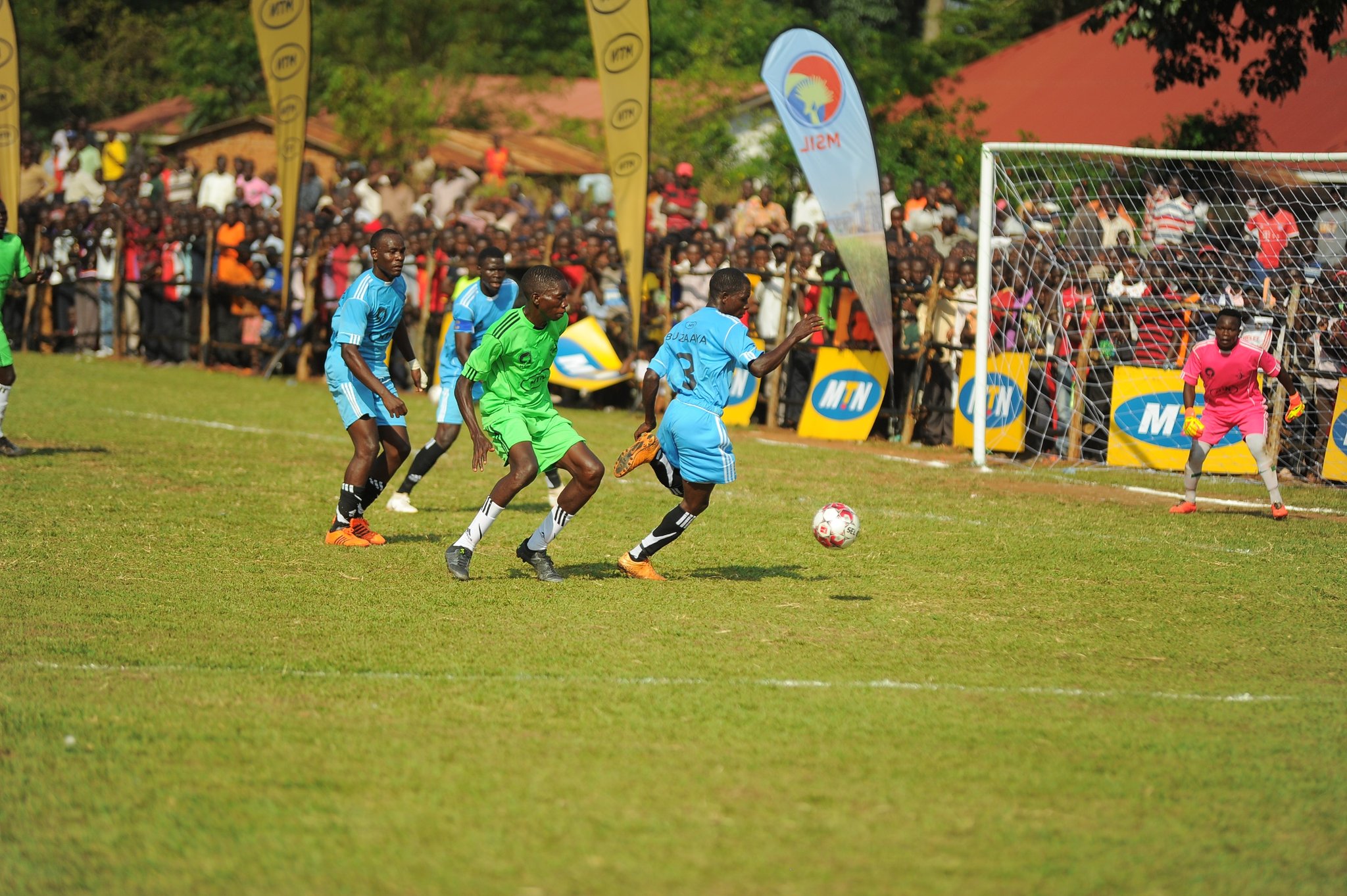 Apart from MTN Uganda, the other sponsor of the Busoga Masaza Cup is Busoga’s own Mayuge Sugar Industries Limited.

This year’s edition is running under the theme “Talent Identification, Development and Promotion” 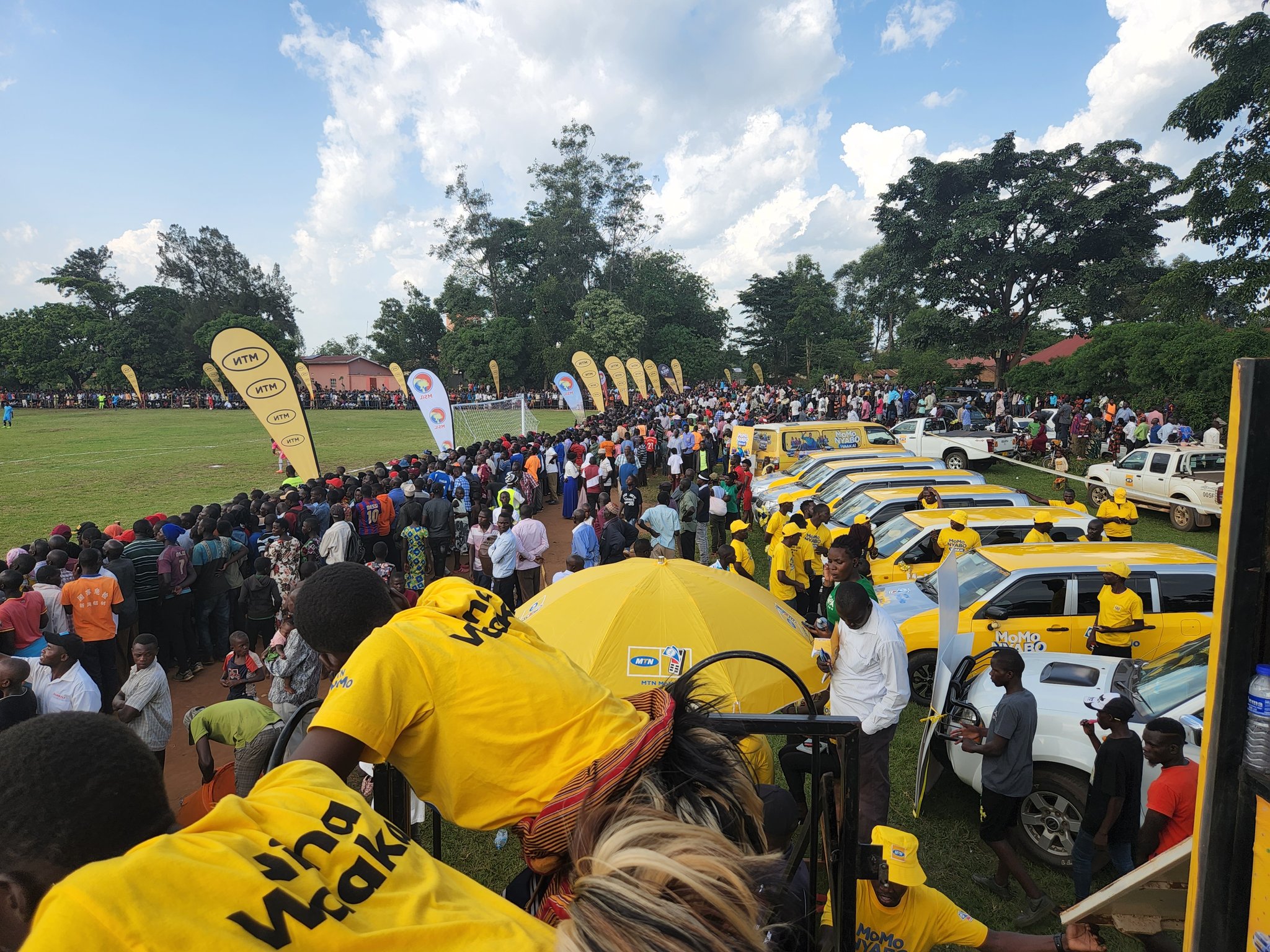