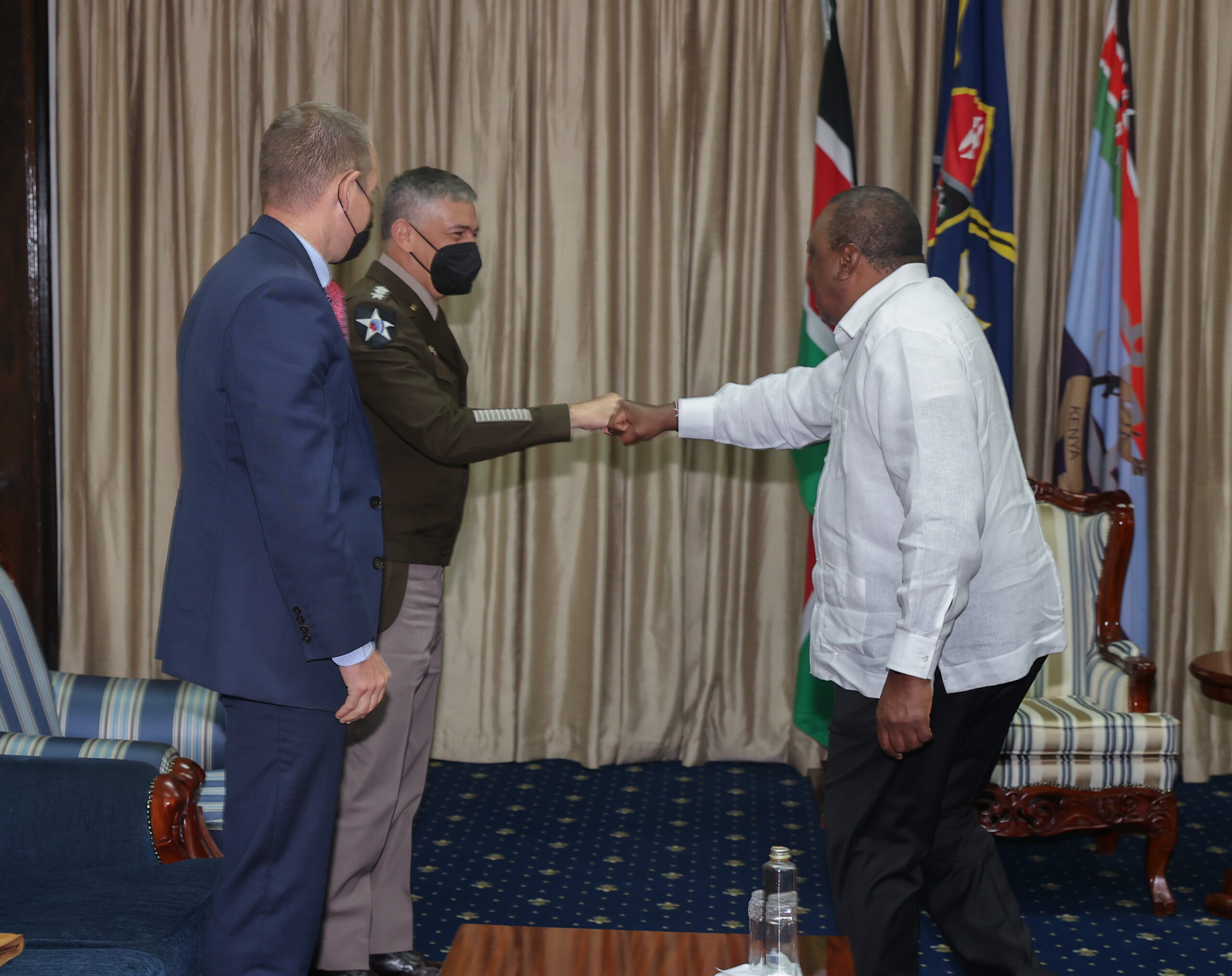 President Kenyatta’s discussion with Gen. Townsend, who is the Commander of the U.S. Africa Command, centred on peace and security in the Horn of Africa region with a special focus on Somalia.

The Head of State appreciated the cooperation between Kenya and the U.S. on security matters, particularly on the fight against terrorism. 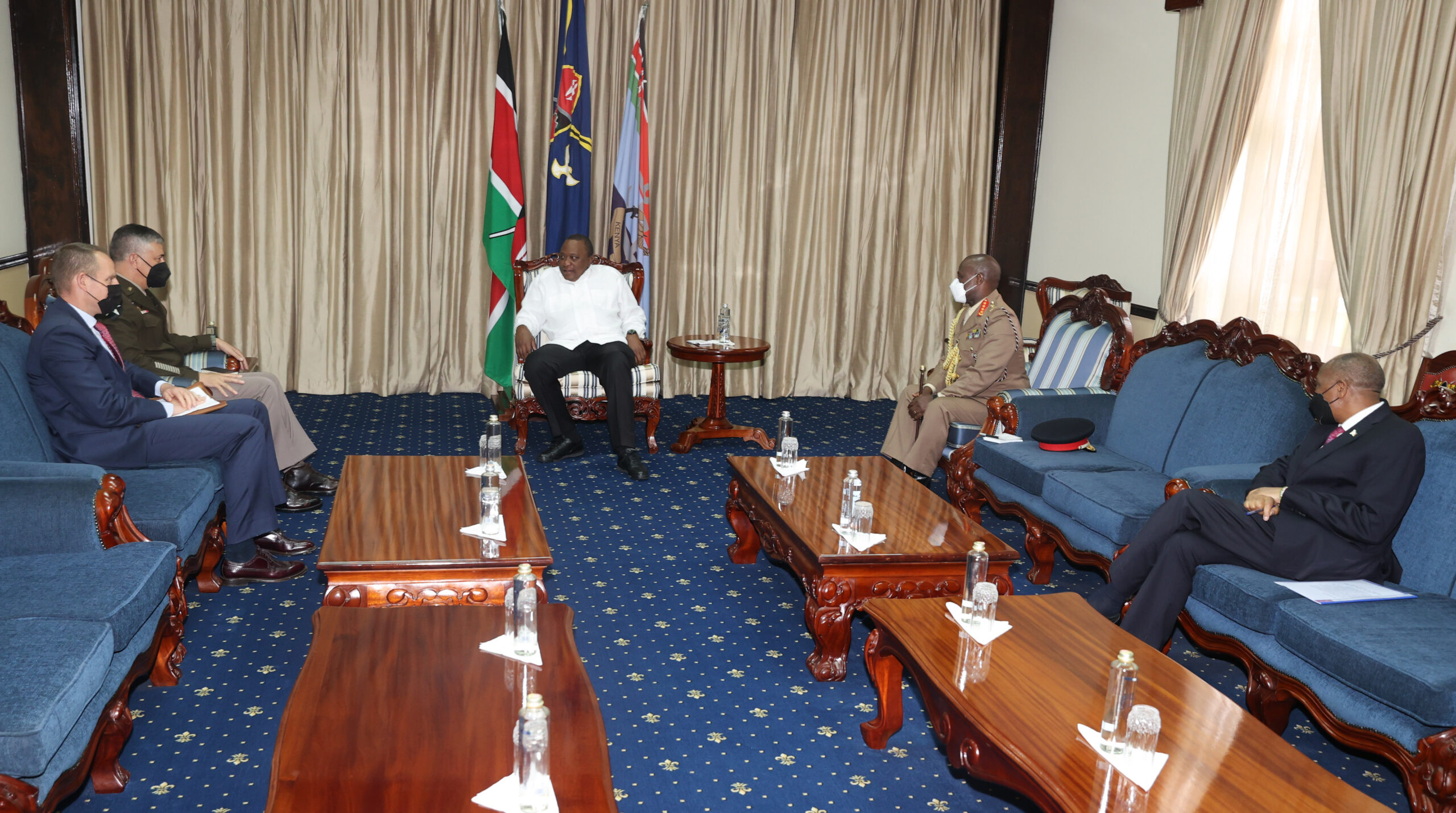 “We appreciate the work we have done in collaboration with the U.S. Africa Command regarding peace and security in the region. We look forward to continuing the partnership,” President Kenyatta told Gen. Townsend.

On his part, Gen. Townsend assured President Kenyatta of continued partnership between the U.S. and the Kenyan military.

Gen. Townsend was accompanied by Eric Kneedler, the Chargé d’Affaires at the U.S. Embassy in Nairobi.