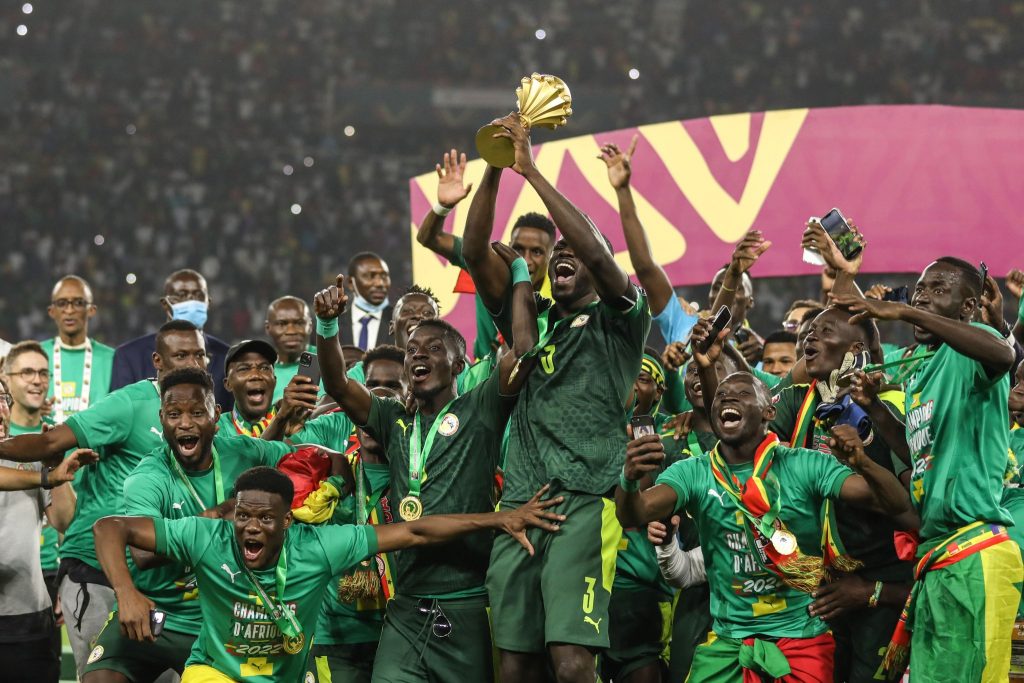 Sadio Mane converted the decisive post-match penalty after a goalless extra-time to erase demons of his fourth minute miss from the spot, in the process stealing the thunder from his Liverpool team mate Mohamed Salah for Egypt.

Senegal wasted no time in asserting themselves on the game but Egypt remained disciplined with goalkeeper Gabaski the stumbling block to the net.

Senegal were looking for their first-ever AFCON title having lost 1-0 in the final of the last edition held in Egypt in 2019 whereas the Pharaoh were chasing their record extending eighth time.

The Teranga Lions had a quick start to the game and earned a penalty opportunity after an Egyptian defender brought down overlapping right-back Cisse for referee Victor Gomez to point to the dreaded spot.

As Mane prepared to step forward to take the penalty, Salah went to whisper something to Gabaski who guessed right and punched away the Senegalese striker’s attempt.

In reaction, Mane waved his arms in the air, urging their fans to rally behind the team but finishing remained a problem for the Teranga Lions.

Senegal continued to push for goal with Mane coming close to scoring but Egypt kept their shape and composure to absorb the pressure and play on the counterattack.

The game took a dramatic turn when Gomez fished out a yellow card, a whistle and offered them to Salah after he had repeatedly complained about the South African referee’s handing of the match.

Senegal continued to push for a goal but Egypt looked contented to sit back and put more bodies in the traffic.

In one of the Pharaohs rare attack, Salah twisted and turned past four defenders and sent a shot, which Gabaski smothered. Earlier, Eduardo Mendy had kept out Salah’s near post shot.

The match soon went into additional time, which saw Abdou Diallo meeting Mane’s through ball round the left channel but Egypt proved equal to the task.

Senegal tried everything but they could not just find a way to put the ball past the Egyptian goalkeeper who cleared everything thrown at him, including a late substitute Seny Dieng’s bullet shot.

Minutes after Dieng’s attempt, Senegal keeper Mendy also proved his worth to keep out a close range shot in extra time thereby paving the way for the post-match penalties.

Senegal missed one spot kick whereas Egypt fluffed two to hand the title to the Lions.