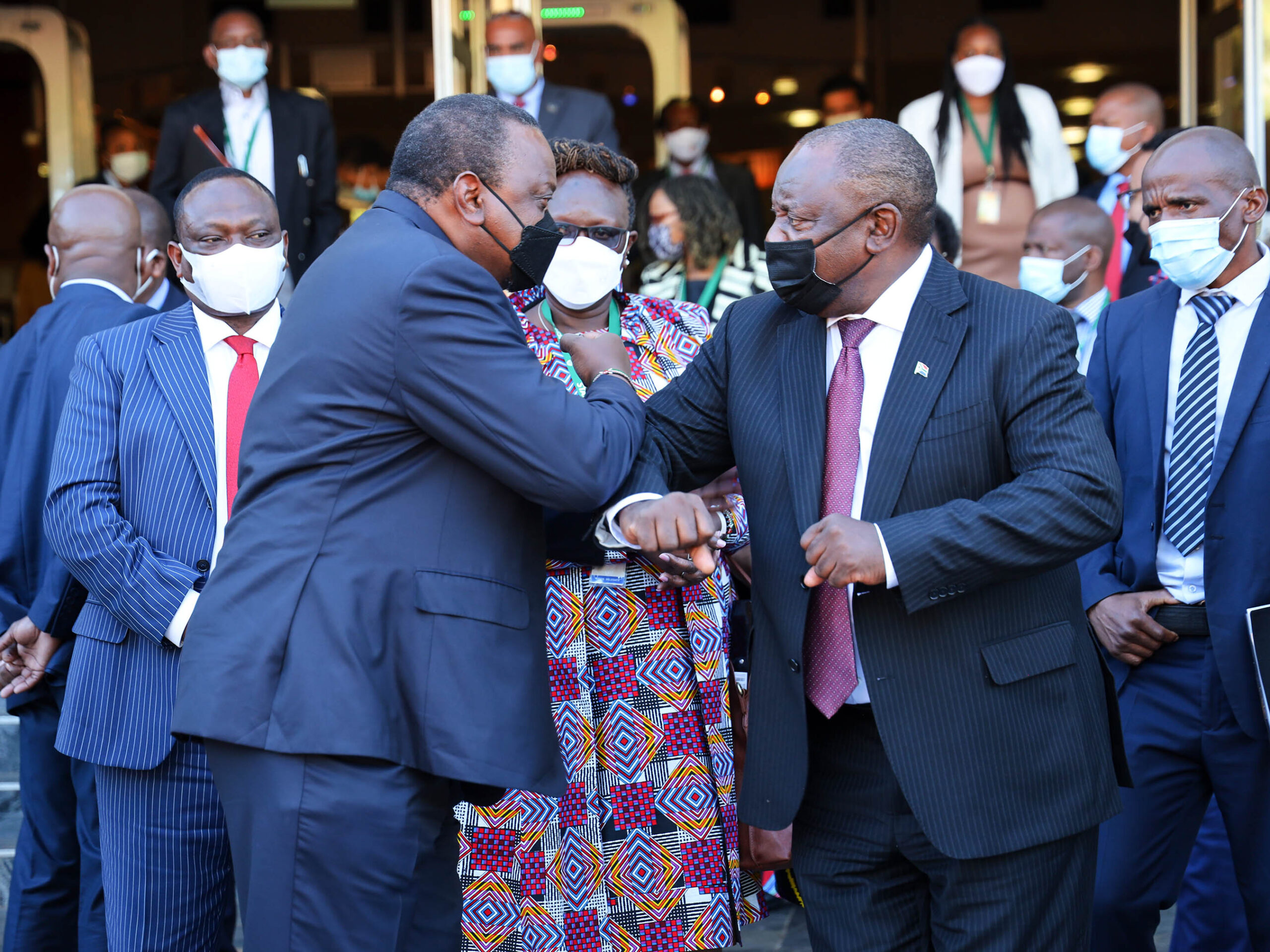 “Kenya provided unwavering support and solidarity for many years during our struggle against the evil system of apartheid,” President Ramaphosa said.

The South African President spoke on Tuesday evening in Pretoria when he hosted a state banquet in honor of President Uhuru Kenyatta and his delegation.

President Ramaphosa pointed out that President Kenyatta’s State Visit had enabled the two countries to renew political, economic and social cooperation including establishing a firm foundation for greater collaboration between business communities of the two African economies.

Speaking at the event, President Kenyatta reaffirmed Kenya’s commitment to continue working closely with the South African Government for the benefit of the people of the two countries.

The Kenyan leader noted that Kenya and South Africa have enjoyed warm and cordial diplomatic relations that date back to the time when apartheid was brought to an end in 1994, adding that the two countries share common fundamental values that bind their people together.

“Our people-to-people connections and the trade and investment between our two fraternal states have thrived and I believe after this visit, they will even rise to greater heights.

“It is my fervent desire to see these enduring links between our two nations grow even richer in the coming years,” President Kenyatta said.

On the fight against Covid-19, President Kenyatta applauded President Ramaphosa’s outstanding efforts in combating the pandemic both in South Africa and on the African continent as a whole.