Meet me at the front, Abiy Ahmed

Ethiopia’s prime minister, Abiy Ahmed, is to travel to the front line to personally direct the fight against rebels pushing towards the capital from the northern Tigray region.

“From tomorrow I will join the front to lead the defence forces,” Abiy said in a statement last night. “Those of you who aspire to be remembered in history, rise up for your country. Meet me at the front.”

Abiy, a former soldier who won the Nobel peace prize in 2019, made the announcement after rebels led by the Tigrayan People’s Liberation Front (TPLF) claimed to have captured Shewa Robit, a town about 125 miles from Addis Ababa and the scene of the heaviest fighting in recent days. 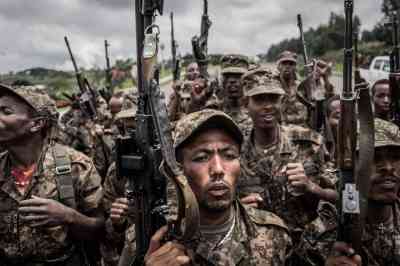