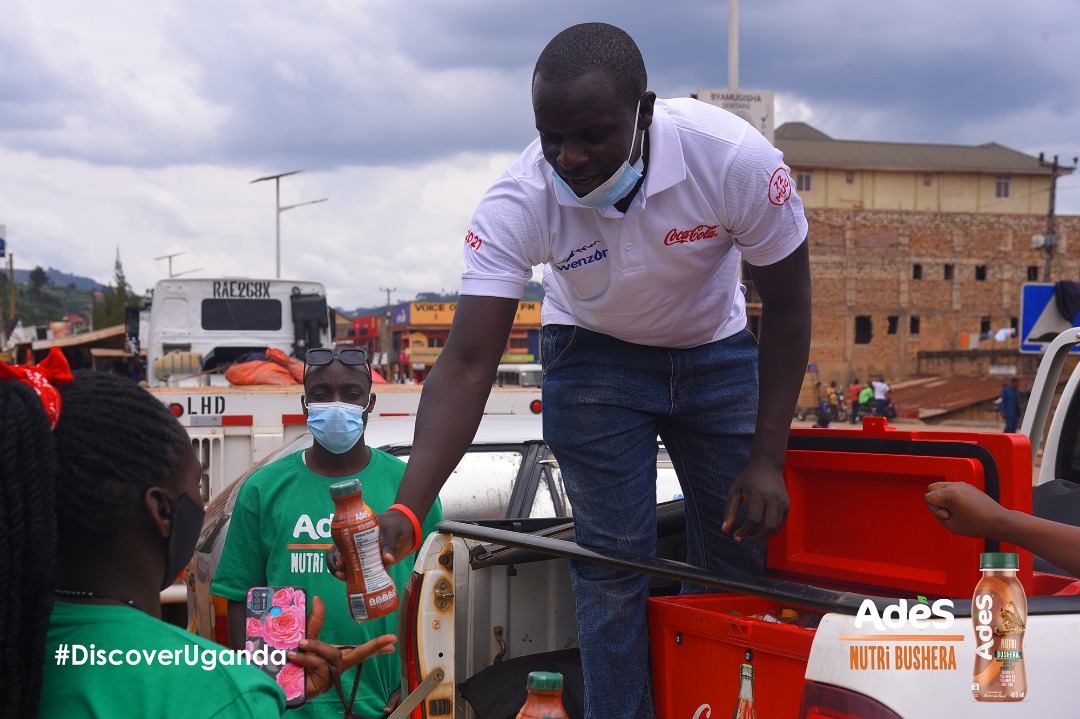 Coca-Cola Beverages Africa in Uganda recently excited residents of Western Uganda with the first ever Ades Nutri-Bushera fun-filled tour to connect with customers in Western Uganda.
The weeklong tour saw the company partner with, tourism operators, cultural groups and local residents to introduce Ades Nutri-Bushera and educate consumers about its health benefits and great taste. 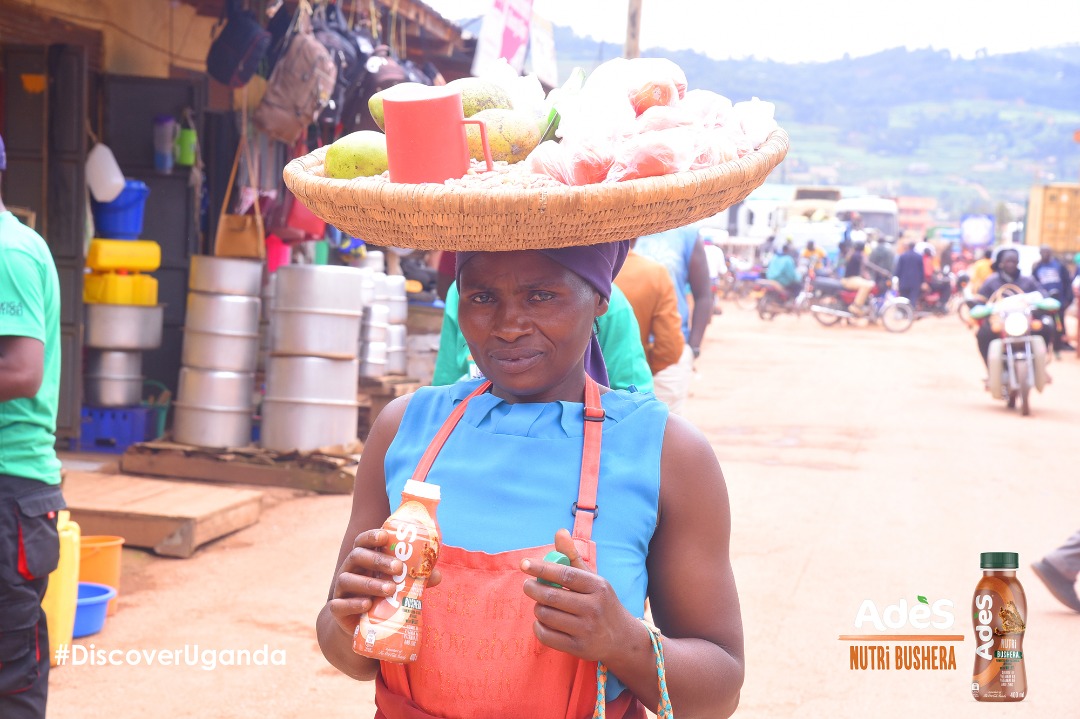 Ades is the global brand for Plant-Based Beverages for the Coca-Cola Company that represents delicious throughout the day nutrition. Ades Nutri-bushera is produced and packaged to match the specific taste and quality preferred by the Ugandan consumer. It is a great tasting modification of the traditional drink made in Ugandan households and traditionally consumed at social gatherings such as weddings, child naming ceremonies and traditional gatherings.
During the tour, Coca-Cola representatives interacted with market vendors and farmers in Fort Portal, Mbarara, Mubende, Kabale, Hoima and Kamwenge. Other activities included a welcome showcase by Empaako Yange and cultural dance group in Fort Portal, a Bonfire cultural experience hosted by Bakiga Nation in Kabale and a Batwa community visit. Amabere Ga Nyina Mwiru, Crater lakes and Kibaale National Park were some of the tourist sites visited.
According to Anita Faith Natuha, Regional Trade Marketing Representative, Coca-Cola Beverages Africa in Uganda (CCBA) said; Ades Nutri-Bushera is not only a huge milestone for Coca-Cola Beverages Africa in Uganda, but also to the millet farmers across Uganda and other supply chain partners.
“Ades Nutri-Bushera is perfect evidence of our customer obsession. We listened to our customers, consumers and community and developed a drink that YOU wanted – crafted to suit your tastes and preferences,” she said.
“And now we are coming to you on a journey to Discover Uganda, our shared cultures and sense of community – an expression of what Ades is all about. We have started by traversing Western Uganda including Tooro, Ankole and Kigezi sub-regions – exploring and creating opportunity for our customers to try Ades Nutri-Bushera and share it with their friends and family in a fan and engaging way,” she added. 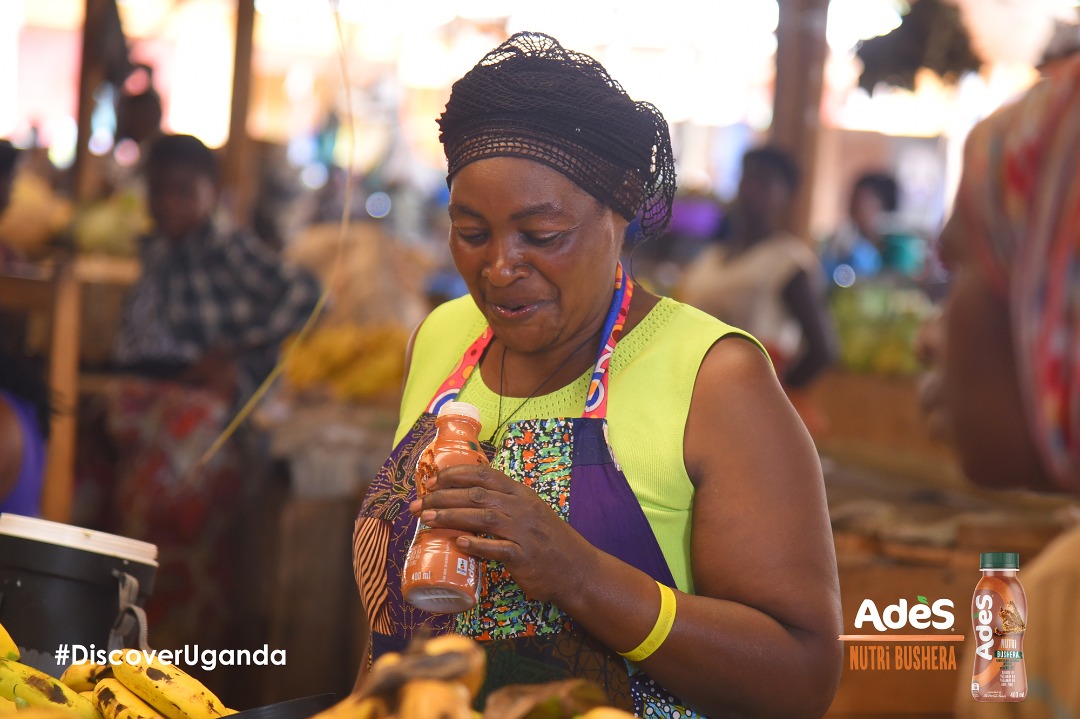 Ades Nutri – Bushera is a reaffirmation of Coca-Cola’s customer focus. The product was created to suit the tastes and preferences of Ugandan consumers and packaged to meet the highest standards of health and quality. 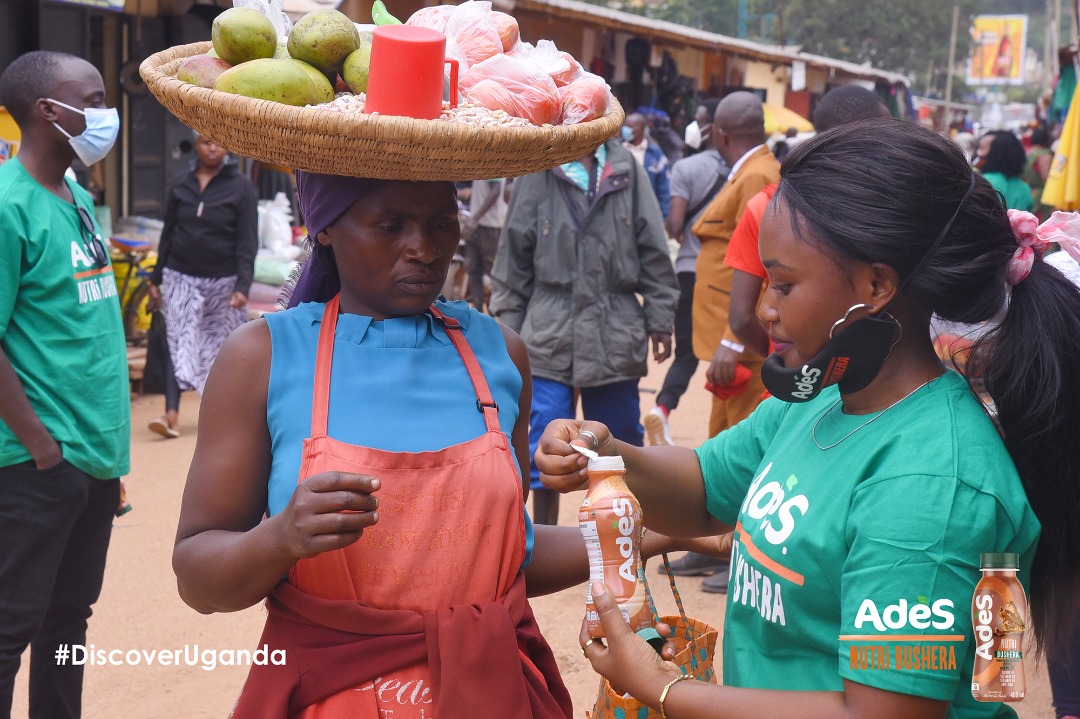 Other products that have previously been unveiled in line with the BUBU agenda include Minute Maid Fruity Boost Mango and Climb Up Milk whose ingredients and packaging are also procured from within Uganda.