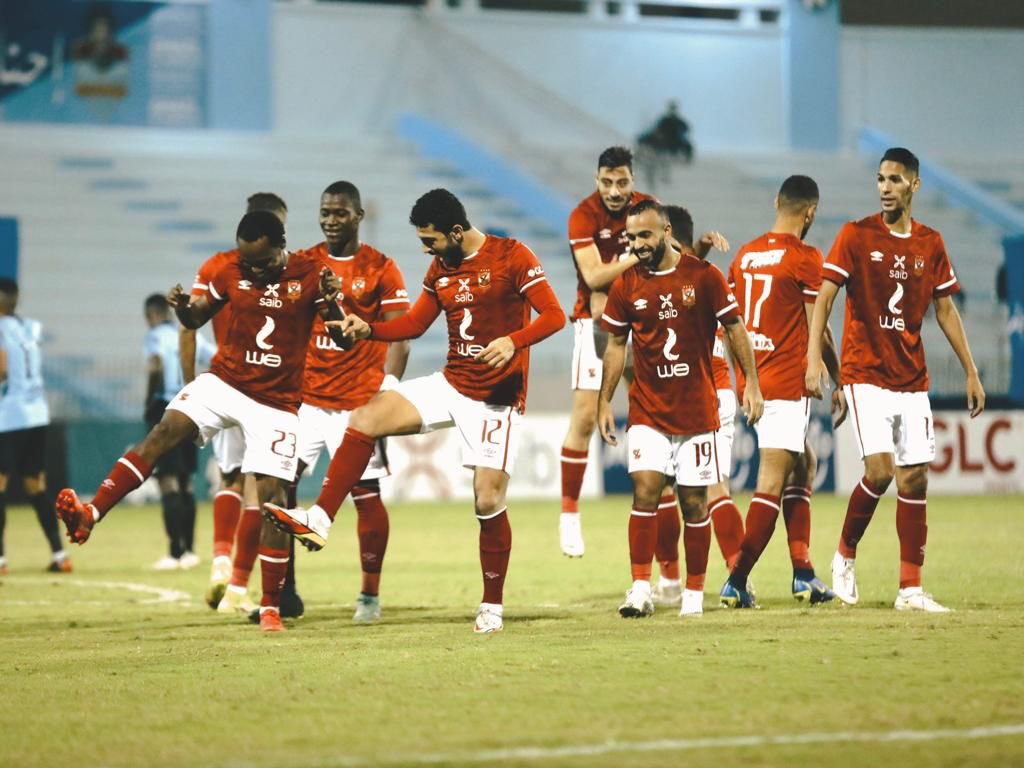 Leaders Al Ahly made it five wins out of five Egyptian Premier League games after leaving it late to beat Ghazl El Mahalla 3-2 on Monday evening.

Mohamed Magdy, Percy Tau and Ali Maaloul scored for Ahly who are two points ahead of second-placed Pyramids.

The Pitso Mosimane side is six points in front of rivals Zamalek who were trailing 1-1 with National Bank as we went to press on Monday evening.

Mosimane should be grateful to Maaloul who scored seven minutes into added time, three minutes after Akram Tawfik’s own goals pulled Mahalla level on 2-2.

Al Ahly seemed in control as by break time they led 2-0 after goals from Magdy and a piece of brilliance from former Brighton and Hove forward Tau.

However, the tide of the game changed when Yehia pulled one back then Tawfik scored past his own goalkeeper.

Thankfully, Maaloul had a final say on the proceedings. Mahalla are on position four with eight points.

In the other game, Zamalek needed Zizo’s late penalty to force a 1-1 draw with National Bank who had gone ahead via Helal’s 16th minute goal.