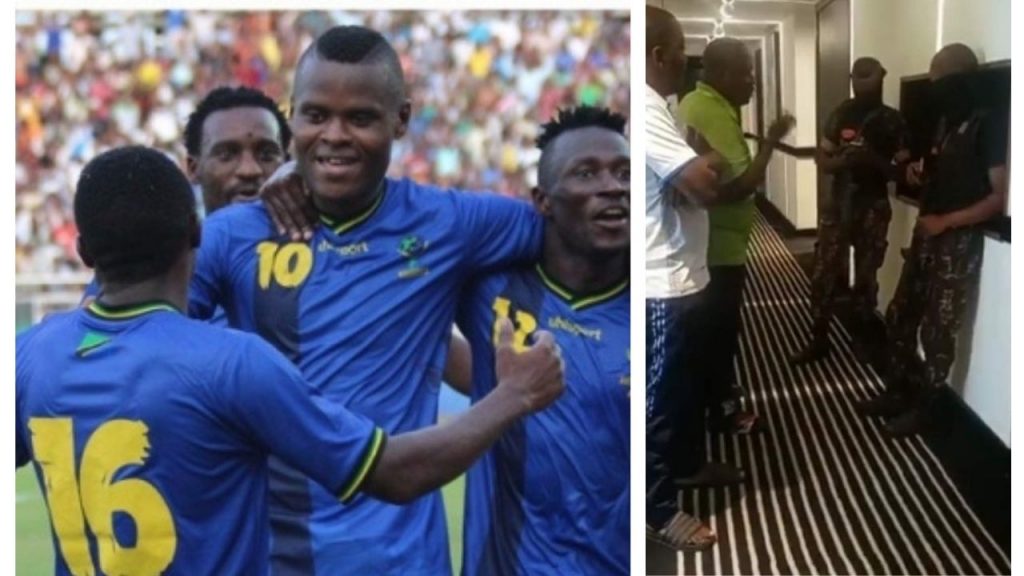 Tanzania national team players received the unwanted visit of deployed Madagascar Army soldiers into their hotel in Antananarivo ahead of their 6th and last game in the World Cup qualifiers.

Both Tanzania and Madagascar are already booted out of the race by Benin (who need a draw) and RD Congo who must win today in order to qualify for the next round.

That means that there is no longer stake in the Madagascar vs Tanzania clash. And yet, the Taif Stars received a muscular descent of the soldiers.

According to local media reports, Madagascar soldiers claim that three players including Mbwana Samatta in the Tanzanian team are positive to Covid-19.

Manula and Mwamnyet are the two other players who are said to have coronavirus in the team.

Both side should fin a common ground before the Madagascar vs Tanzania game start at 13:00 GMT as scheduled.