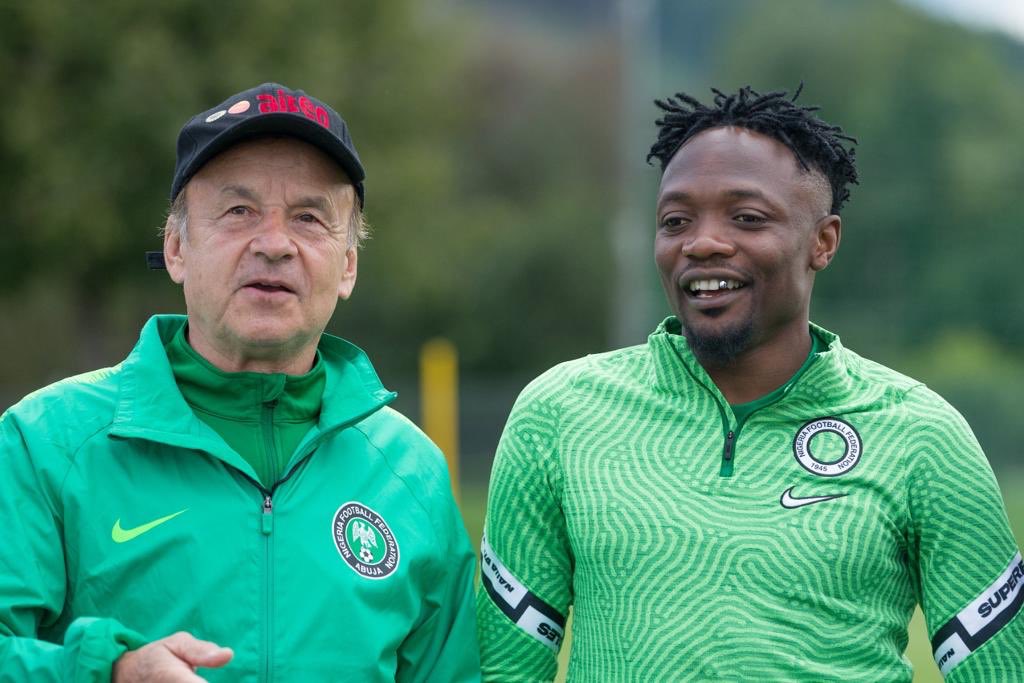 Super Eagles coach Gernot Rohr said that the Nigeria Super Eagles will respect their opponents and that the game won’t be an easy game.

Rohr in his preset  ahead of the 2022 FIFA World Cup qualifier said the Super Eagles have a tough game ahead of them and will approach the game against Liberia as such in a bid to pick maximum points tomorrow.

In the same vein, captain Ahmed Musa who spoke ahead of the game said they will not underrated Liberia.

He said, ” We don’t have to underrate any opponent. We saw the video of their games against Cape Verde, they were unlucky to lose both games.

“Even the game we played in Lagos they did well.

“We can’t say because it’s Liberia then underrate them.

“They have wonderful players and it’s going to be tough.”

The Super Eagles is currently leading Group C with nine points with three wins from four games, while Liberia is rooted at the bottom with zero win from same number of matches.