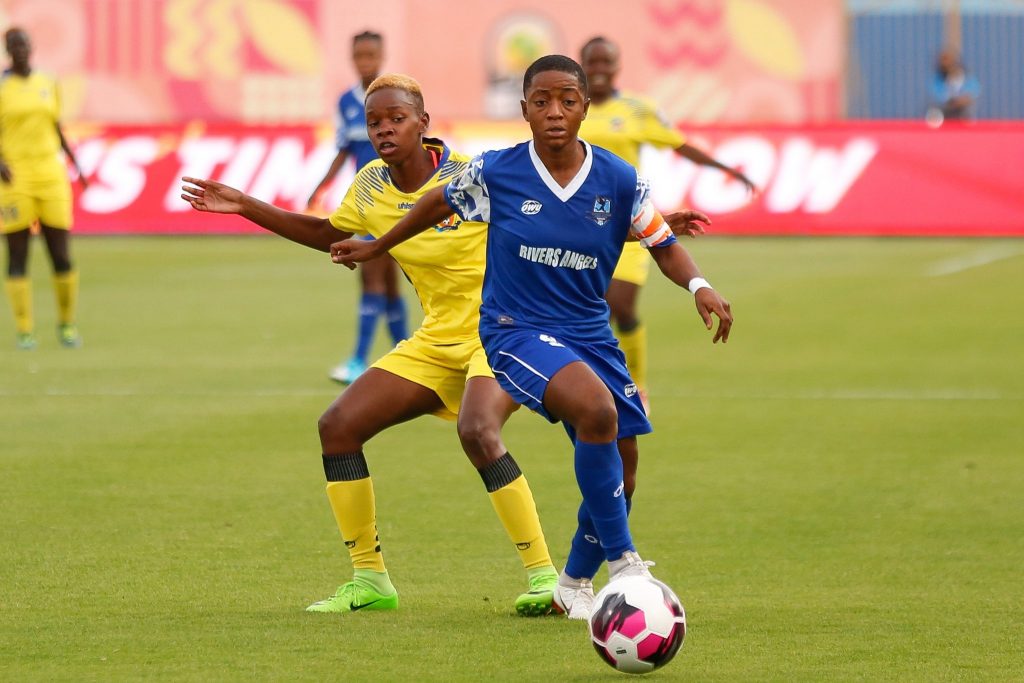 Rivers Angels picked their first win at the inaugural CAF Women’s Champions League, with a comfortable 4-0 win against Vihiga Queens of Kenya in their final Group B game.

Rivers Angels headed to the game on the back of their losses in the first two group games.

She went on to score her brace of the game in the 79th minute, again from the spot to make it 2-0

Rivers Angels continued to probe for more goals and were rewarded on 82 minutes this time off Oluwadamilola Koku.

Gift Monday scored the fourth goal of the game to complete the routing.

Unfortunately, Asfar managed to hold Mamelodi Sundowns to a goalless draw which saw both teams advance into the semi-finals.