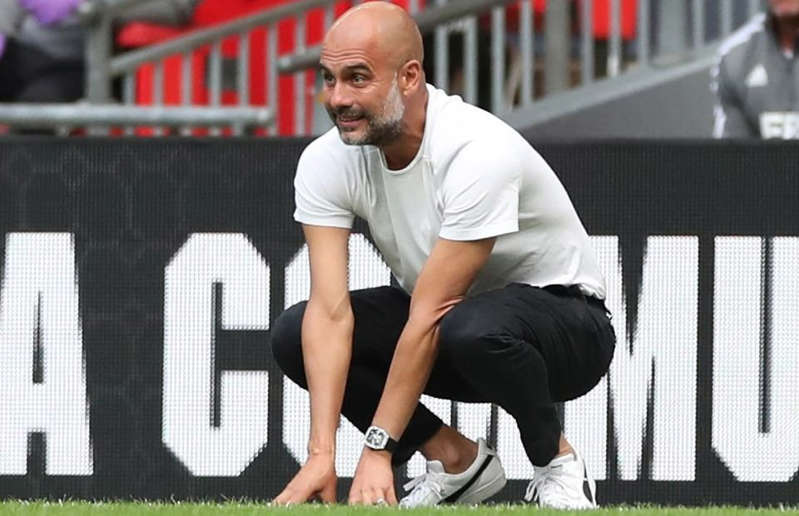 Across spells with Barcelona, Bayern Munich and Manchester City, the Spaniard has proven beyond doubt that he is amongst the finest tactical minds in the sport and knows how to win major honours.

From the Premier League, Bundesliga, Champions League, La Liga, FIFA Club World Cup and everything in between, Guardiola has one of the most enviable trophy cabinets ever assembled.

Guardiola: Best in the world?

As such, no matter what he goes on to achieve across his final seasons at the Etihad Stadium, the 50-year-old can rest assured that his place amongst the managerial greats is safe and sound.

Now, that’s all well and good, but where does the City manager rank amongst the best coaches in the world right here, right now?

Besides, there might be fans who think that Thomas Tuchel is the top dog after winning the Champions League or that Jurgen Klopp is pound-for-pound the better coach with his resources.

And while there will never be a truly objective way to answer the question, we are lucky that stats bring us as close as possible and clubelo.com are the ideal candidates when it comes to managers.

Using an Elo equation, which you can read more about here, the data gurus have ranked every manager with at least 100 games to their name who has held a role within the last four years.

And it’s fair to say that the calculations throw up some interesting results with Ralph Hasenhüttl in the top 20, Tuchel stewing in 10th place and Julian Nagelsmann all the way down in 26th position.

So, strap yourselves in for a rocky ride by checking out who the statistics show to be the 30 best active coaches in world football right now:

Well, it goes to show that statistically analysing managers isn’t a perfect process because Sam Allardyce finishing above Mauricio Pochettino is going to take some time to get our heads around.

However, the very upper echelons of the rankings do ring pretty true and you’d be hard-pressed to argue that anybody other than Guardiola was number one based on results and trophies alone.

Would somebody like Klopp or Diego Simeone do a better job if they were airdropped into a random club with limited resources? Maybe, but those arguments are always limited by being hypothetical.

Premier League 2021/22: Fixtures, Results, Odds, Ball, Tickets And Everything You Need To Know

Nevertheless, the rankings are a massive thumbs up to the Premier League because the top three managers all ply their trade in England now that Antonio Conte has gone to Tottenham Hotspur.

But when it comes to silverware, it’s clear that Guardiola grabs the gold.