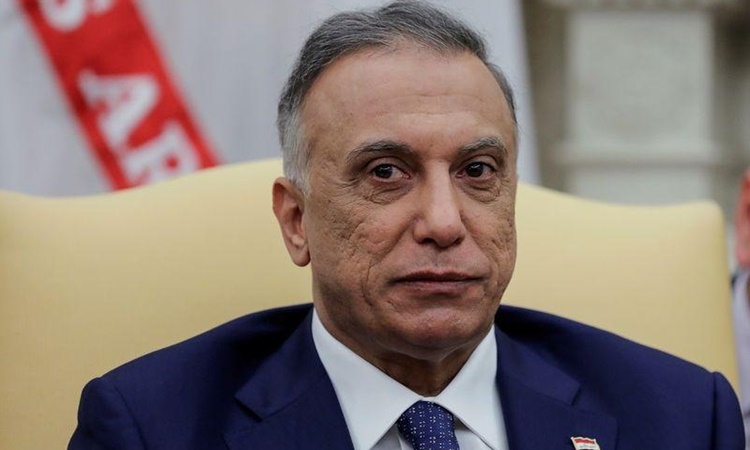 The alleged assassination came in the wake of pro-militia groups staging protests in the Iraqi capital against the results of October’s elections. Supporters of parties that lost out in the elections have been threatening Mr Al Kadhimi for weeks.

The prime minister’s official Twitter account said he was safe and called for calm. Mr Al Kadhimi issued a video statement hours after the attack, saying “I call on all sides to a constructive dialogue for Iraq and its future”.

Two government officials said Mr Al Kadhimi’s residence had been hit by at least one explosion and confirmed to The National that the prime minister was unharmed. The prime minister’s office released photos showing damage to a number of rooms in the official residence.

No group immediately claimed responsibility for the attack. However, leaders of militia groups that have lost out in Iraq’s October elections have been openly threatening Mr Al Kadhimi in recent days.

Iraqi sources told The National that the drone used in the attack on the prime minister’s residence was similar in made to other Iranian-made drones that have been used in previous attacks in Iraq.

Western diplomats based in the Green Zone, which houses government buildings and foreign embassies, said they heard explosions and gunfire in the area.

The US was quick to condemn the attack.

US State Department spokesperson Ned Price issued a statement in the early hours of Sunday saying “this apparent act of terrorism, which we strongly condemn, was directed at the heart of the Iraqi state. We are in close touch with the Iraqi security forces charged with upholding Iraq’s sovereignty and independence and have offered our assistance as they investigate this attack”.

He added: “Our commitment to our Iraqi partners is unshakeable.”

Iraqi Shia cleric, Moqtada Al Sadr, who has emerged as the clear victor in last month’s elections, spoke to Mr Al Kadhimi soon after the attack.

The incident is “an act of terror that targeted the highest authority in the country; this is a clear attack on Iraq and its people, its safety and security”, he said in a statement.

He added that Iraq’s army and security forces “must control the situation so that Iraq can recover and come back strong”.

Supporters of the movement of Shiite cleric Moqtada Al Sadr celebrate in Najaf, Iraq, after preliminary results of the country’s parliamentary election were announced, on October 11, 2021. Photo: Reuters