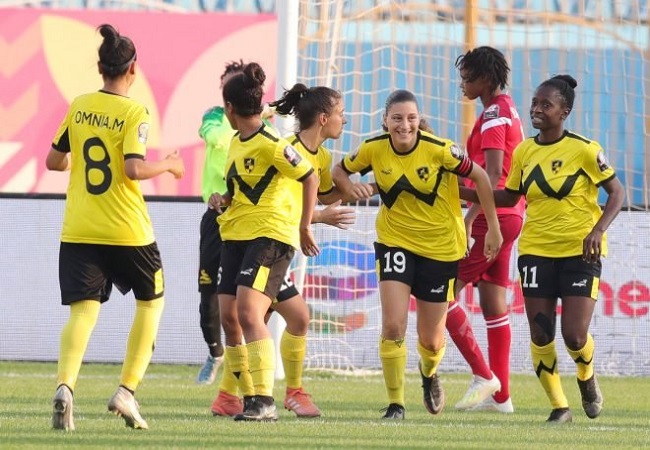 Wadi Degla collected their first 3 points of the group stage. The Egyptian champions beat Mali’s AS Mande 3-1 at 30 June Stadium to go top of Group A after matchday 1, as the maiden TotalEnergies CAF Women’s Champions League kicked off in Cairo on Friday.

Wadi Degla took an early lead after just two minutes when Noha Mamdouh scored from the spot. Fatumatu Dukureh doubled the Egyptian champions lead before As Mande halved the deficit at the 32nd minute, through Awa Traore.

After the break, Wadi Degla restored their two goal lead when Jassmin Theresa made it 3-1.

Player of the match Hayam Abdelhafez the Wadi Degla Midfielder gave credit to a team performance.

“I’m not the best player. We are all better together. We prepared a lot. And this beginning is the result of our hard work”.

“I want to win Woman of The Match more than once. We have the same concentration for every game to only win no matter what happens and no matter how the teams play against us”.