Run to take place under the theme; “Men against HIV/AIDS to save the girl child.”

The 2021 Kabaka Birthday Run was officially launched today during a press conference held at Bulange, Mengo. The run will be held under the theme “Men against HIV/AIDS to save the girl child” with the aim of encouraging men to take the lead in the fight against HIV/ AIDS by getting tested, treated, and ultimately protecting girls and women against infection. 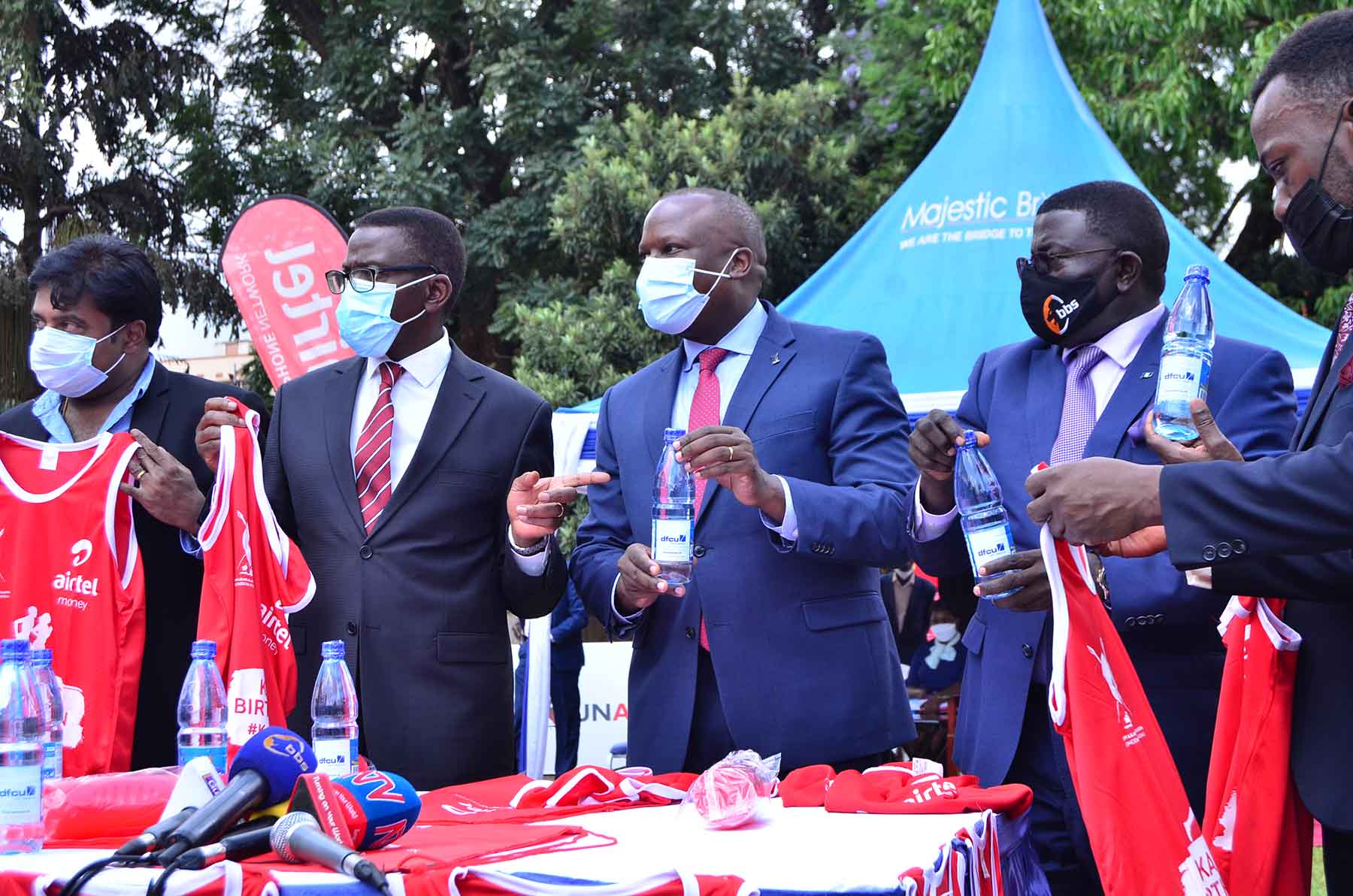 The launch event was graced by the Katikkiro of Buganda, Owekitiibwa Charles Peter Mayiga who noted that due to COVID-19 restrictions, the run will take after the structure of last year’s, with a few participants taking part in the day’s activities at Bulange, Mengo and others joining in, virtually.

Speaking at the event, dfcu Bank’s CEO, Mathias Katamba spoke to the power of partnerships in ensuring the success of the cause behind the annual run.

“The success stories of our country, in any given sector or sphere cannot be written without collaboration from each of us. Today, at this launch ceremony, we are calling on men to champion the fight against prevalence of HIV/ AIDS amongst girls and women.” 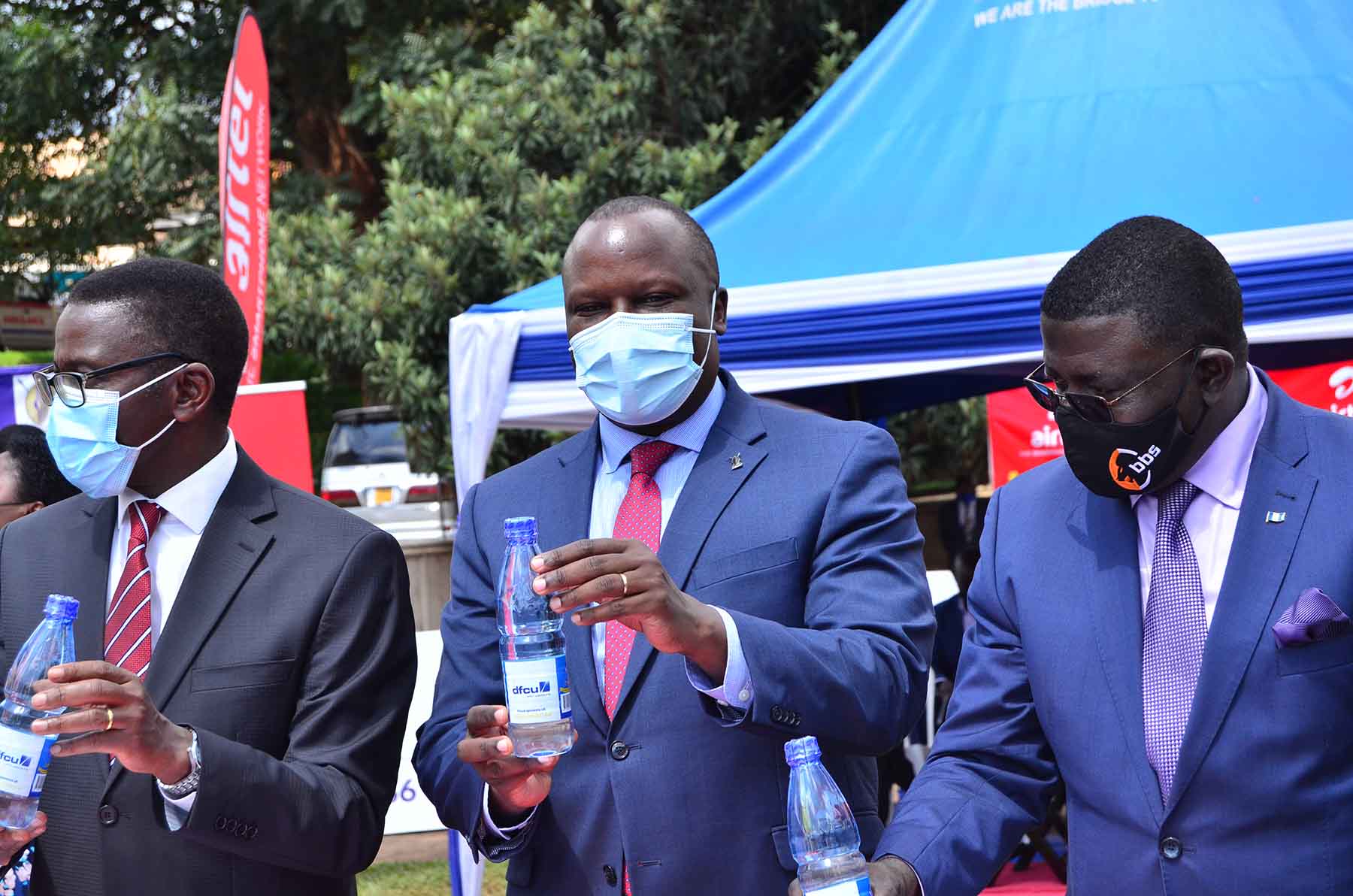 Mathius Katamba during the launch of the Kabaka Birthday run

“Men are in a unique position that allows them to enforce core interventions such as abstinence; faithfulness; HIV counselling and testing; elimination of mother-to-child transmission; HIV care and treatment and ensuring the empowerment of women to reduce gender inequality. As we prepare to run, I challenge men to start the conversations and initiatives that are essential to stopping the spread of HIV/ AIDS in our communities and country,” Katamba added.

He also applauded Buganda Kingdom for encouraging the national fight against HIV/ AIDS, saying; “…on behalf of dfcu Bank, I hail Buganda Kingdom which has brought us together to create the kind of impact that lives on long after the dust of the celebrations has settled.” 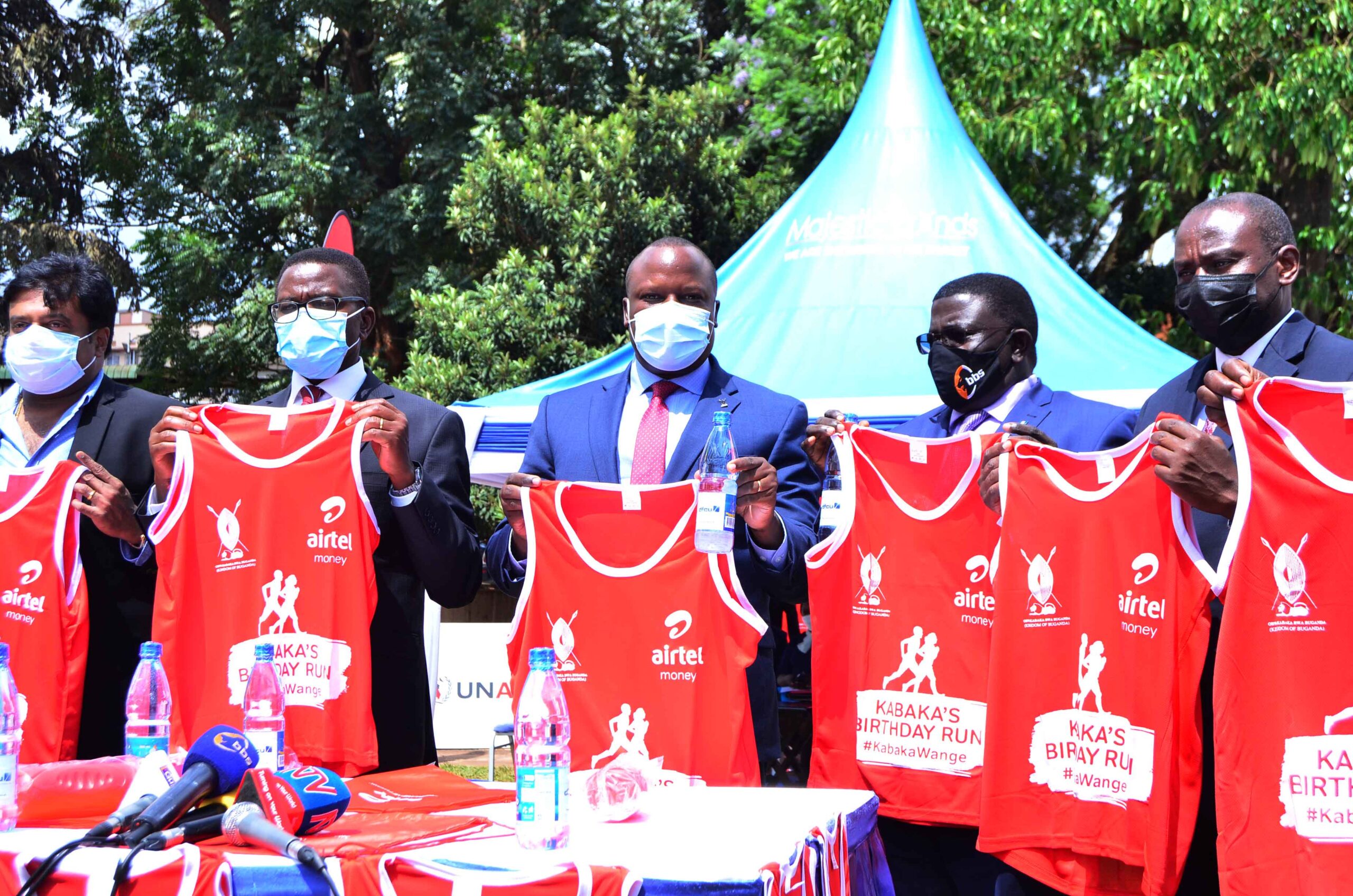 Unveiling of the kits

dfcu Bank became an Official Bank Sponsor of the Annual Kabaka Birthday Run in 2019; the initiative falls within the Bank’s Corporate Social Investment and Intervention, in the area of maternal & child health in the context of HIV/AIDS.

In his remarks, The Katikkiro of Buganda, Owekitiibwa Charles Peter Mayiga applauded dfcu Bank for joining the Kingdom in the pursuit of a noble cause.

“I would like to appreciate the sponsors; dfcu Bank and all the other brands for their continued support to the kingdom in the fight against HIV/AIDS. Ssaabasajja Kabaka Ronald Muwenda Mutebi preferred that we run from our homes, neighborhoods, parishes and counties for health and safety reasons,” he said.

“The Kabaka birthday anniversary goes beyond how long he has lived, it’s a time for us to celebrate the progress made. We need to continue celebrating our culture, norms and traditions,” he added.

Tickets for 2021 Kabaka Birthday Run and kits priced at UGX 15,000 and details of selling points will be communicated in the coming days.