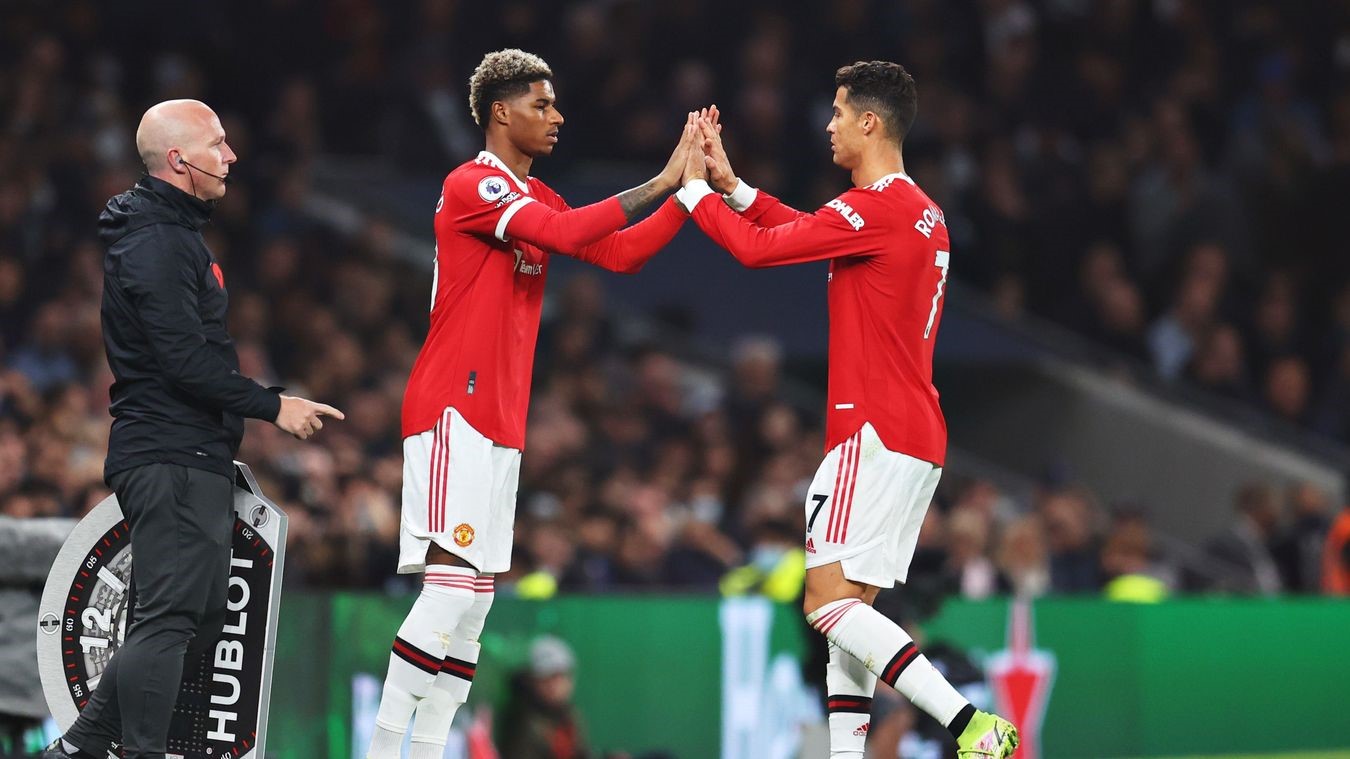 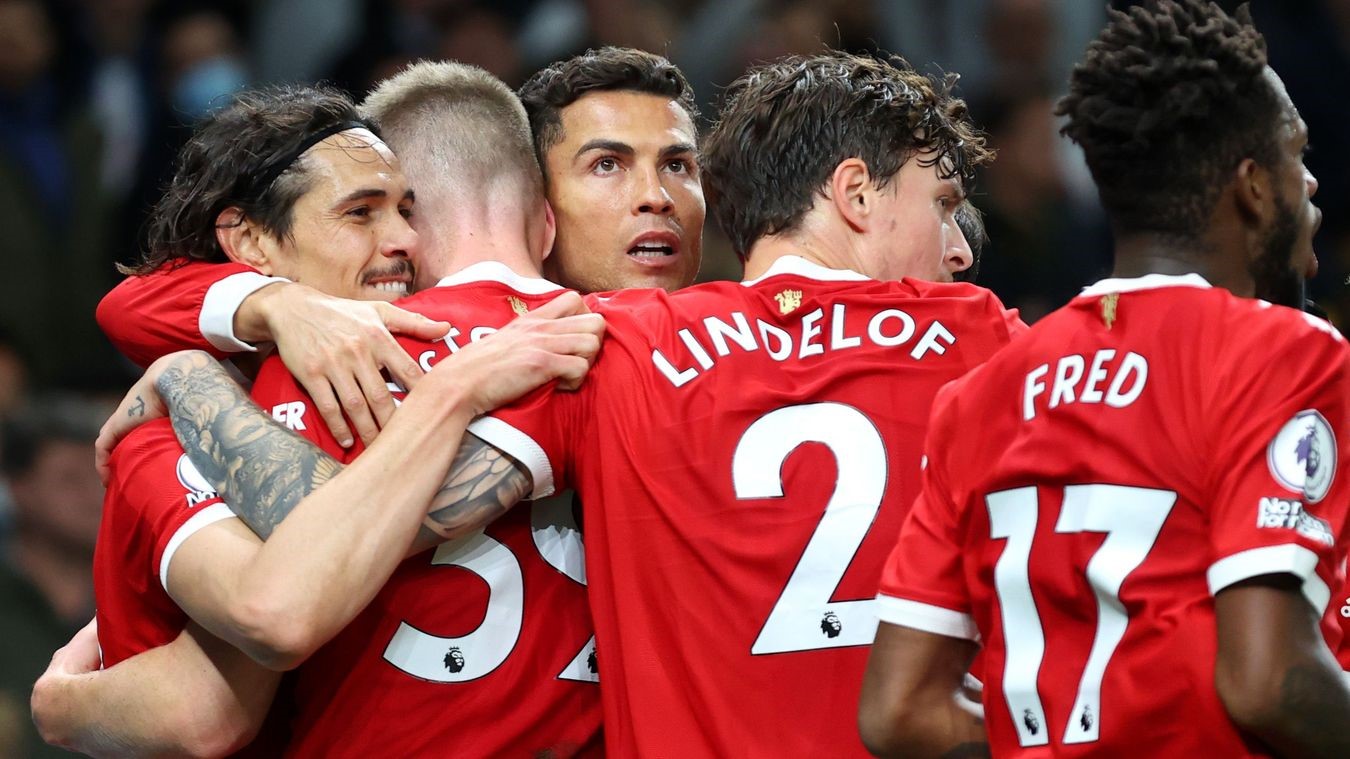 CRISTIANO RONALDO CAME to the rescue of beleaguered Manchester United manager Ole Gunnar Solskjaer on Saturday as the visitors thumped Tottenham 3-0 to restore pride after their humiliation by Liverpool.

United arrived in London smarting from their 5-0 home defeat by their fiercest rivals last week, which led to a storm of speculation over the future of the Norwegian boss. 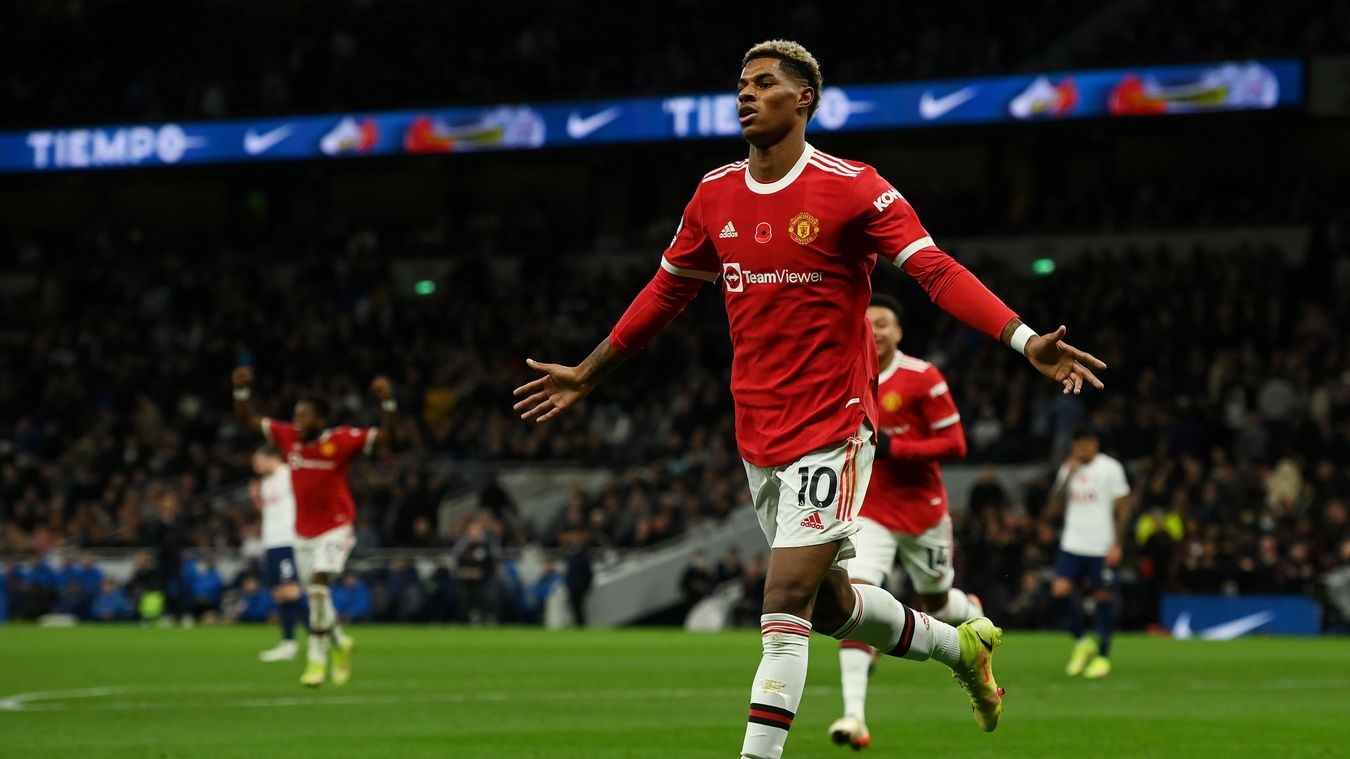 But a sublime first-half strike by Ronaldo, a clever finish from Edinson Cavani and a late Marcus Rashford goal lifted the visitors to fifth in the table, just three points behind third-placed Manchester City.

Solskjaer paired veteran forwards Ronaldo and Cavani up front for the first time, with Mason Greenwood and Rashford missing out.

He also opted for a central back three, bringing in the returning Raphael Varane alongside Harry Maguire and Victor Lindelof. 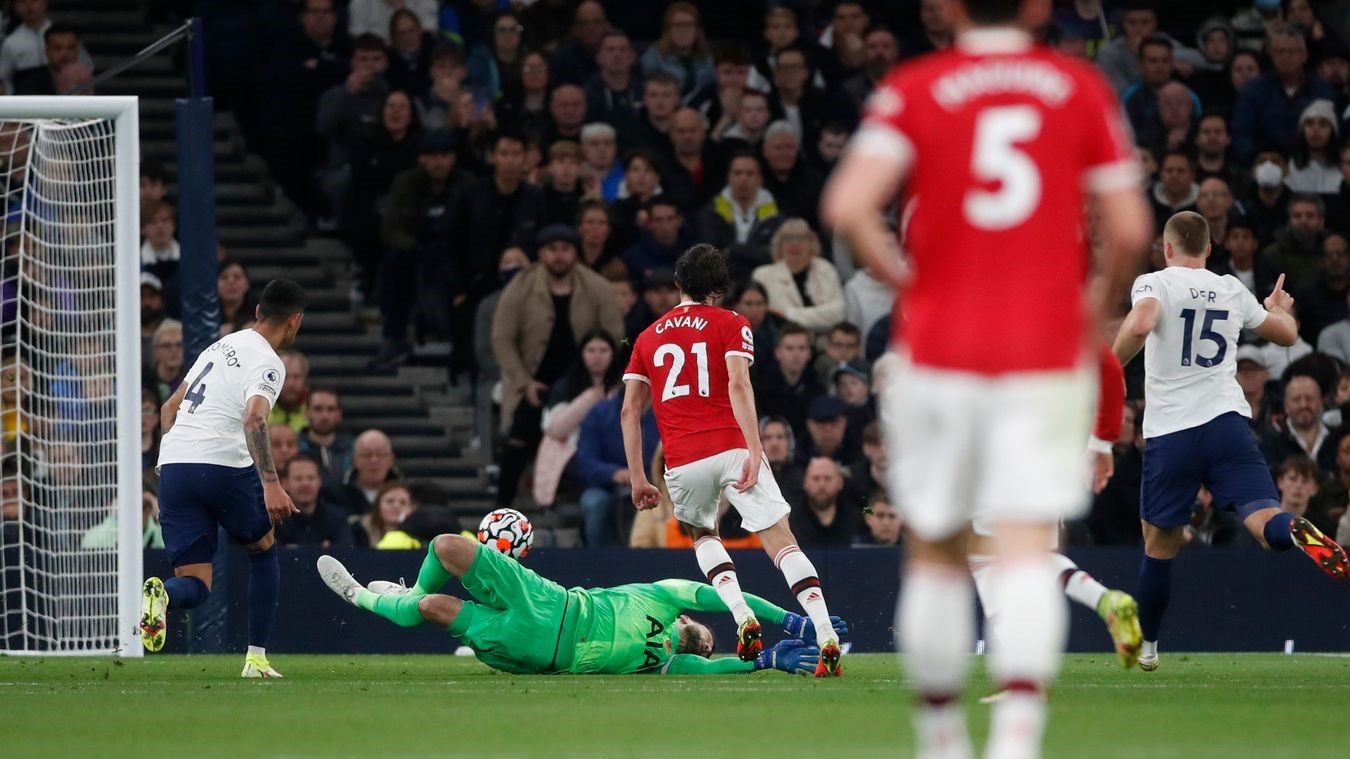 The game took time to catch fire in front of a crowd of more than 60,000, with clear-cut openings at a premium.

Son Heung-min fired over from close range for Spurs after Lucas Moura found him on the left with a dinked ball and moments later Cavani headed wide from a Bruno Fernandes cross. 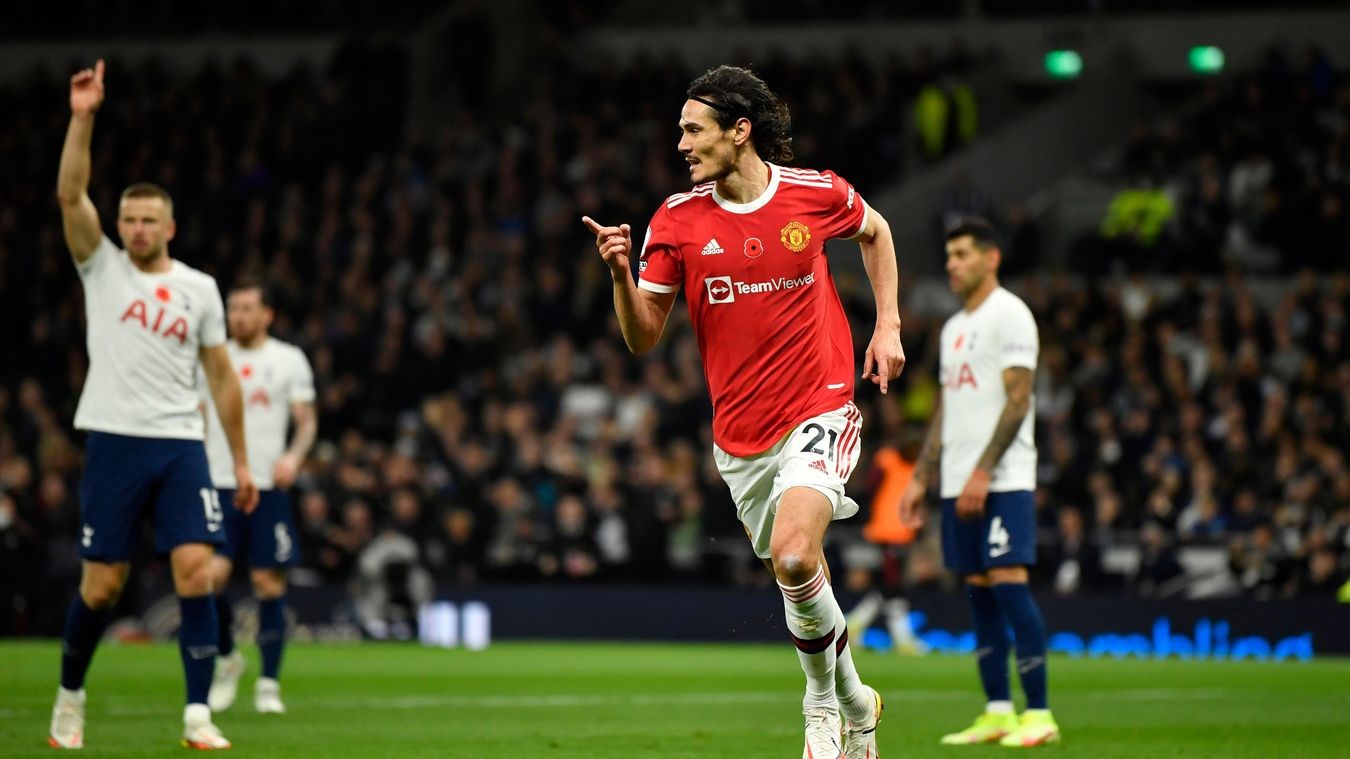 Tottenham had the ball in the net just before the half-hour mark but Cristian Romero’s effort was ruled out for offside, with the flag raised when Spurs players were already celebrating.

United midfielder Fred hit a stinging drive that was well kept out by a diving Hugo Lloris and as the game opened up Aaron Wan-Bissaka produced a superbly timed tackle to deny Son, who was through on goal.

But it was United who broke the deadlock in the 39th minute.

Ronaldo peeled off Ben Davies at the back post to get on the end of Fernandes’ cross, hitting a fine first-time volley across goal and into the far corner.

Solskjaer responded with a muted celebration, putting his finger into the air.

Son flashed wide early in the second half after Moura picked up a mishit clearance from United goalkeeper David de Gea. 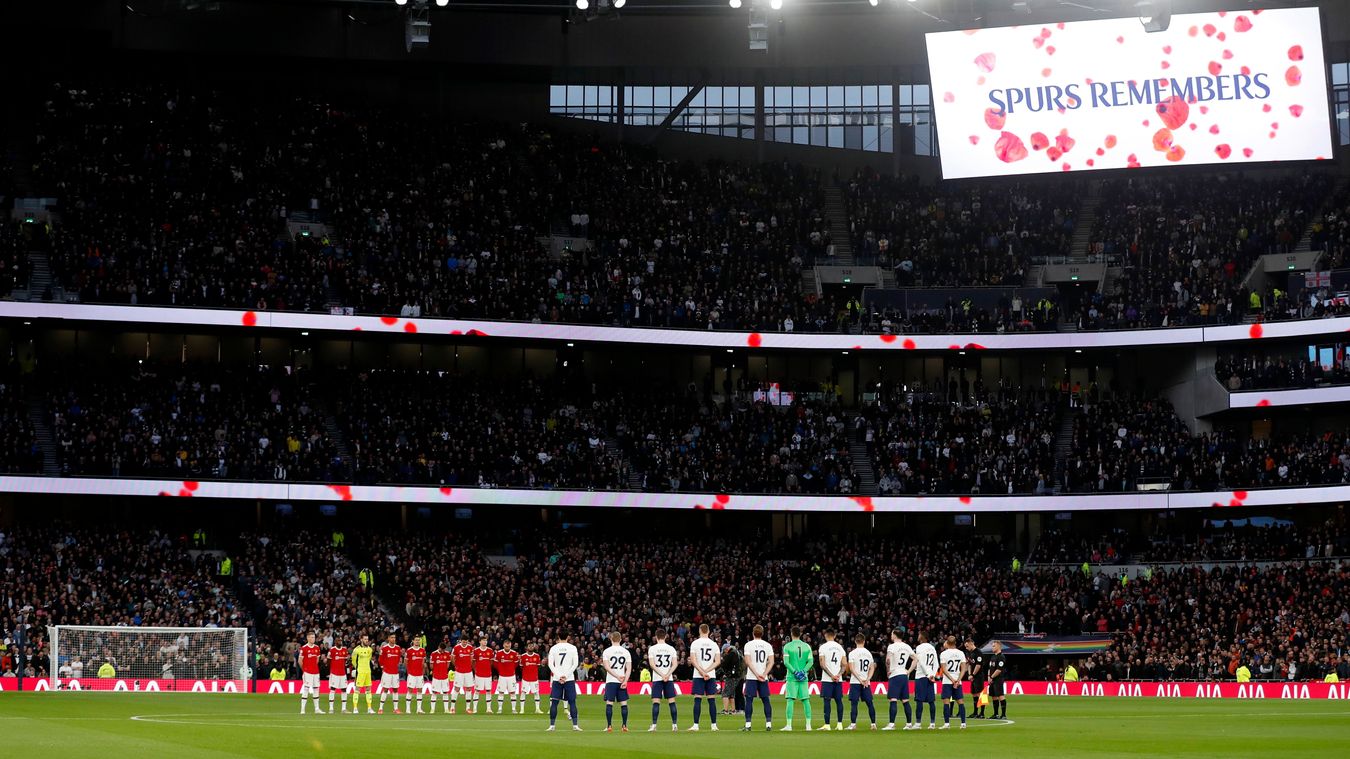 Ronaldo thought he had scored a second when he lashed the ball into the net after running onto a through ball from Scott McTominay but he was flagged offside as he wheeled away in celebration.

Nine minutes after half time, Spurs boss Nuno Espirito Santo brought on Steven Bergwijn to replace Moura to loud boos from the home fans and chants of “You don’t know what you’re doing”.

But despite Spurs pressure, United doubled their lead in the 64th minute as Ronaldo turned provider, feeding Cavani, who lifted the ball over Lloris to spark delirious celebrations among the United fans.