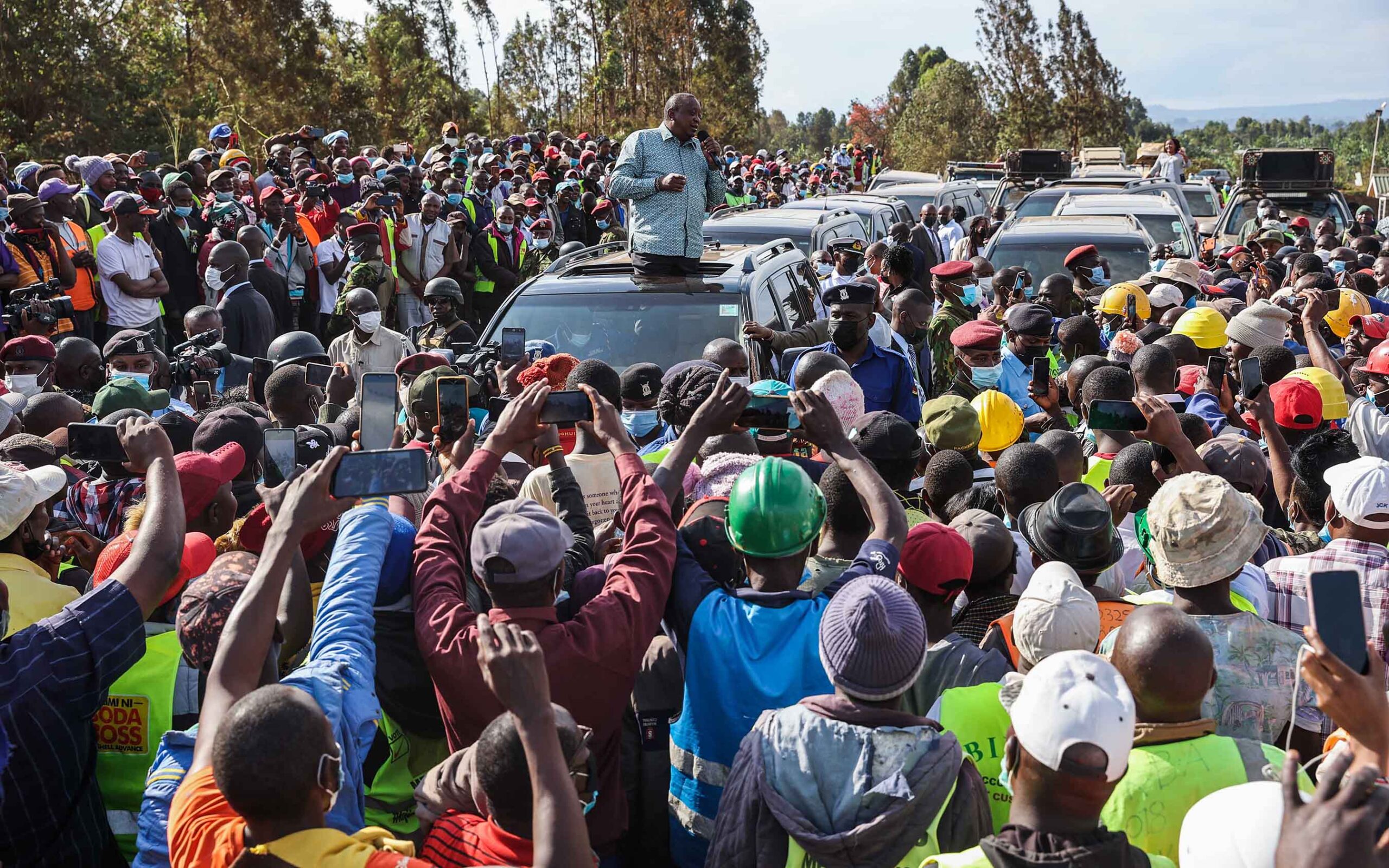 The President, who was accompanied on the tour by Kirinyaga leaders led by Governor Anne Waiguru and County MP Wangui Ngirici as well as Water CS Sicily Kariuki, began his tour at the 15 million cubic meters of water capacity Thiba Dam in Gichugu Constituency. 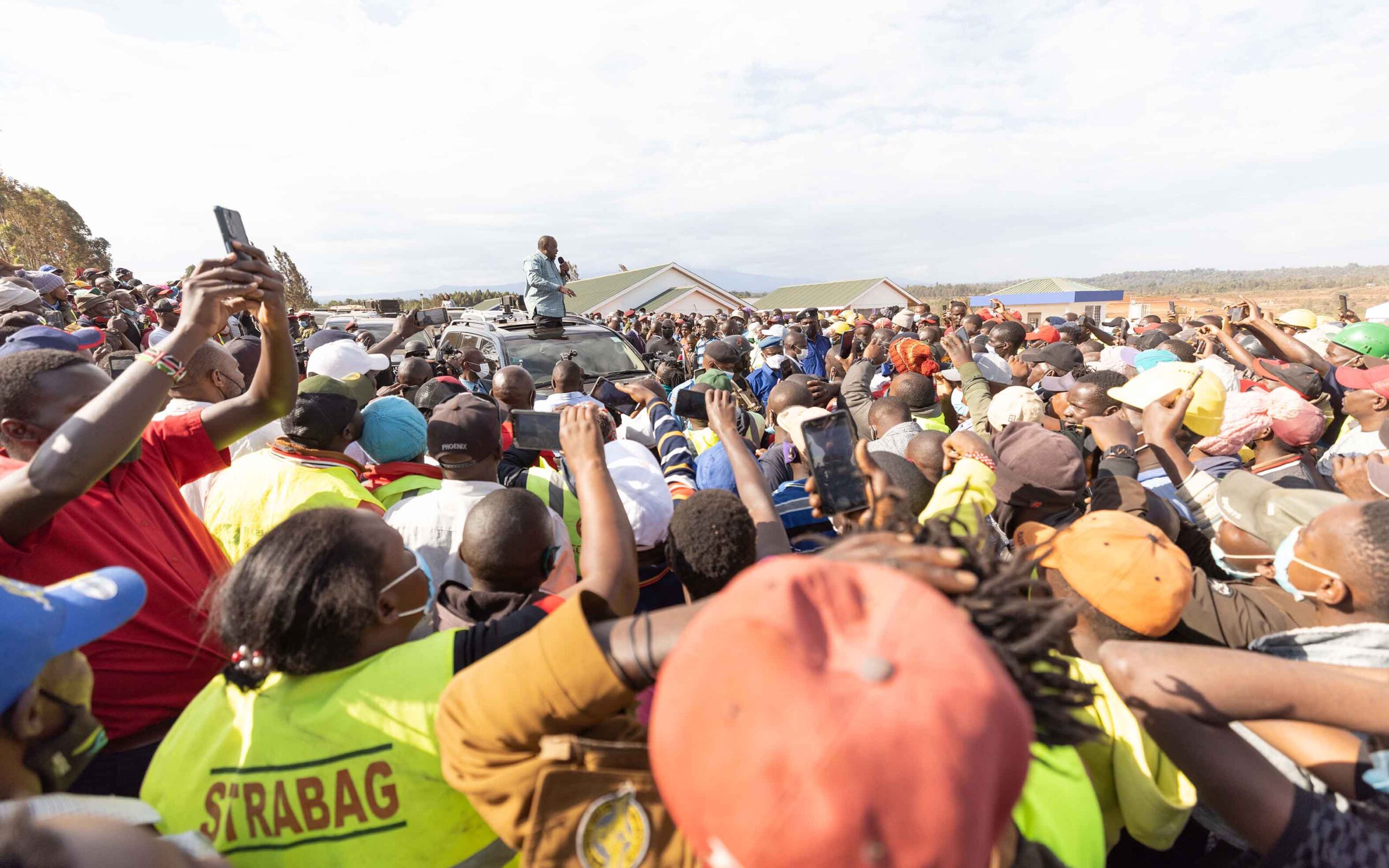 Speaking to Gichugu residents who turned up to receive him at the dam whose construction will be complete by the end of the year, the President announced Government plans to construct a hospital in the area and relocate a local school whose operations have been hampered by the mega project. 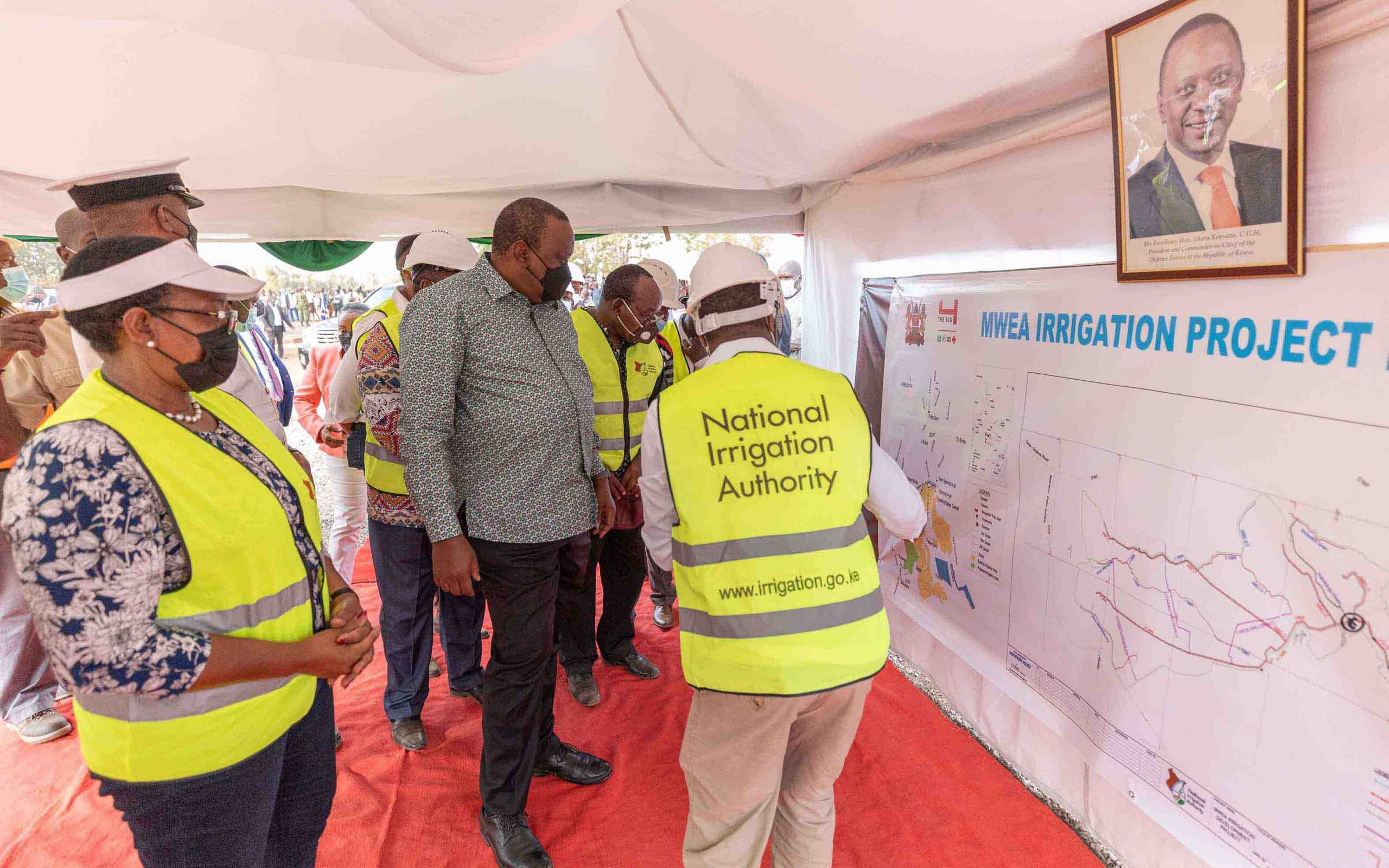 He said Thiba dam will transform rice farming in the region by enabling farmers to multiply production besides providing adequate clean water for domestic and agricultural use by residents of Kirinyaga and neighboring Counties. 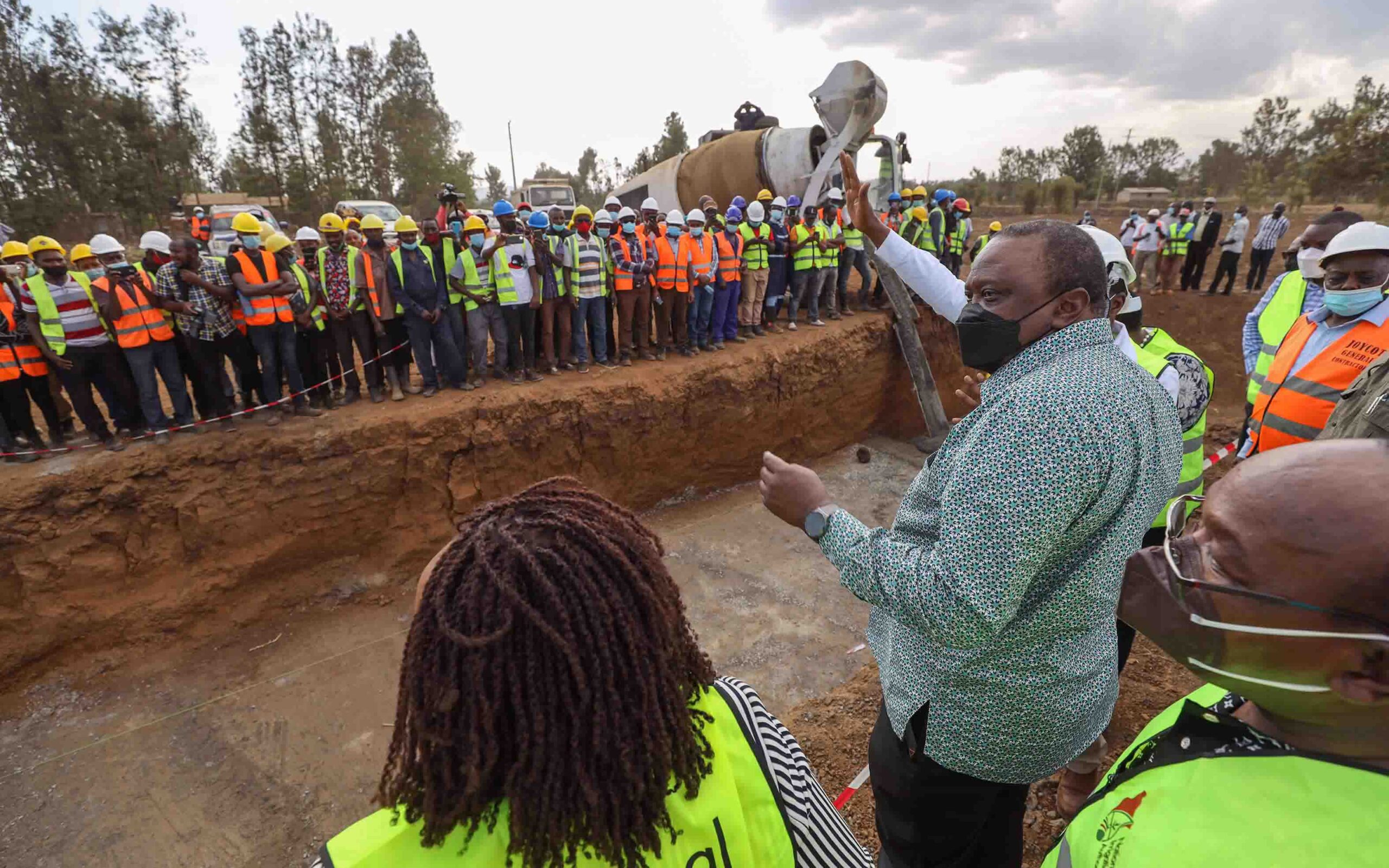 “When this dam is complete it will enable the residents to have enough water for irrigation not once a year but continuously thereby enabling rice farmers in Mwea to double their production,” the President said. 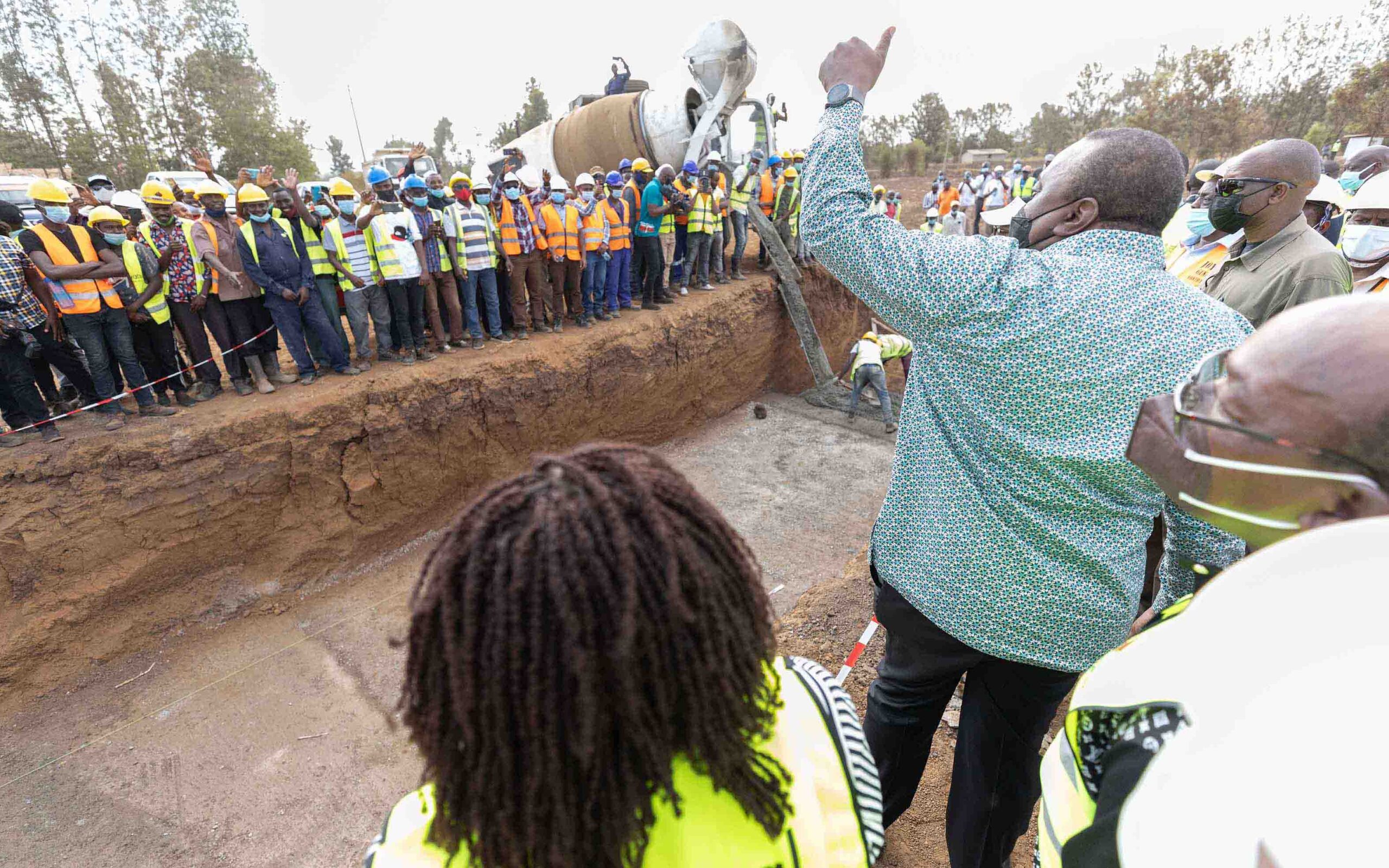 On politics, the President cautioned area residents to be wary of deceitful and self-seeking politicians who he said are out to divide wananchi for selfish gains. 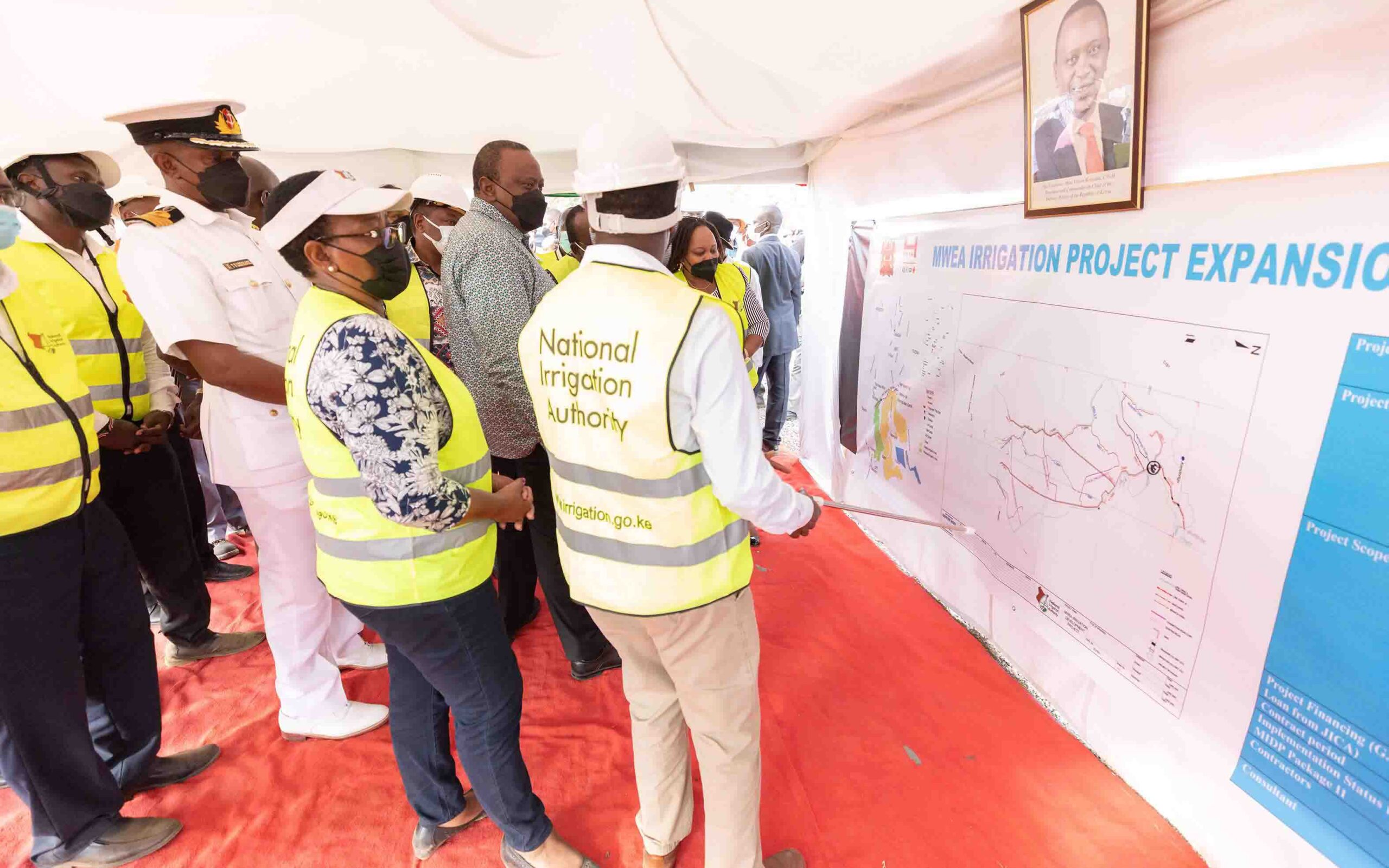 The President said he had fulfilled his pre-election promise of delivering Thiba dam and related Irrigation infrastructure which was among other pledges such as key roads and electricity connectivity. 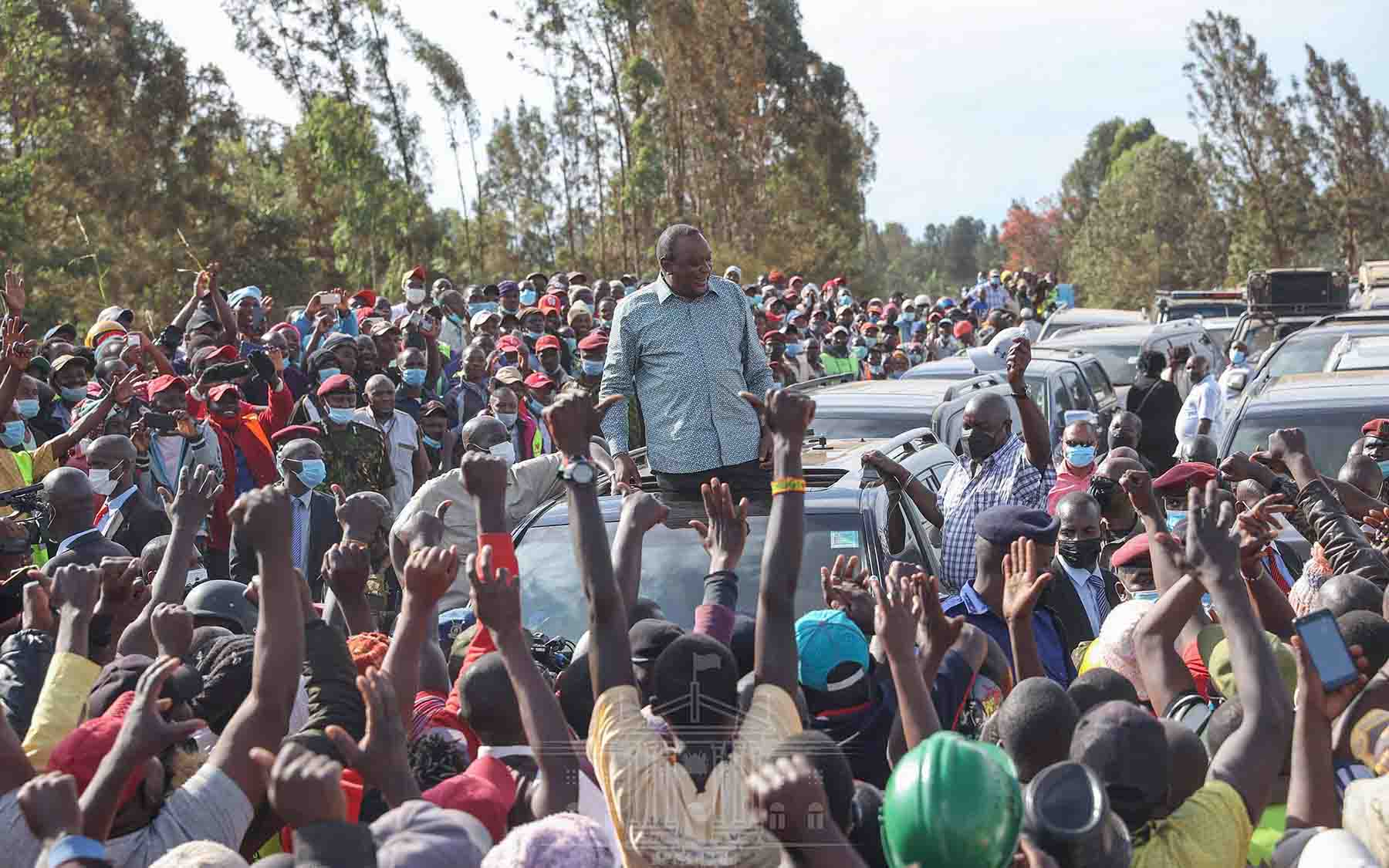 “Some of you tend to forget what you had requested. You can see what the Government has done. I had promised to fulfil my pledges and as you can see work is ongoing. Don’t be deceived by few misguided individuals. My Government is action oriented and we don’t waste time with empty talk,” President Kenyatta said.

On his way to and from Thiba Dam, the President made stopovers in Karatina, Kagumo and Kutus towns to acknowledge greetings from thousands of Nyeri and Kirinyaga residents who lined the roads to receive him.

From Thiba dam, the Head of State drove through Kutus town to Mutithi in Mwea Constituency where the Government is implementing the Mwea Irrigation Scheme expansion projects, a Shs 2.6 billion initiative that seeks to raise the area under rice cultivation from the current  10,000acres to 35,000acres by February next year.

The project which involves the construction of a 2.4km link canal to transfer water from Thiba Dam, 47kms of irrigation and drainage canals, and the laying of Kathiga Bridge is 71 percent complete.

When ready, the expansive irrigation project will increase rice production in Mwea from 114,000MT to 200,000MT annually besides creating 50,000 new jobs.

In his address to area residents, the President said the various infrastructural projects being undertaken throughout the country are the foundation of a better Kenya.

“Let us walk and work together as Kenyans. What we are doing now is laying a strong foundation for a better tomorrow. Do not be deceived by anyone that they are able to single headedly change the lives of Kenyans,” the President cautioned.